The city is a dynamic system that is based on a physical foundation and activated by the interactions that take place among its inhabitants. Thanks to these interactions, the real ‘shape’ of a city transcends its mere physical configuration. In just a few decades, the Internet has totally changed the pace of these exchanges, and has now become an integral part of the dominant cultural process, disrupting the dynamics through which we shape our environment.

Many of these interactions have come to light thanks to new technologies that allow us to monitor and even openly disseminate them. As a result, the figure of the “digital flaneur” has gone from being an exotic fantasy to a mundane reality [1]. The speed at which we have adopted net culture, its tools and its media is leading us to generate data footprints that are attracting the attention of governments and corporations who want to access, interpret and use them. This can be seen in the technological advances and the new niche markets that are popping up as quickly and prolifically as the data we generate.

However, if we look beyond abstract discourses and the allure of corporate marketing’s fascination with collecting, interpreting and processing this growing data layer, it can be interesting to think about our relationship to that same data from a more personal perspective, with tangible results near to the place where the exchanges take place. Below we look at two examples: a neighbourhood project and an institutional initiative, with some points in common and some differences in their approach to technology. These two case studies coincide in time and scale, as they both take place simultaneously in Barcelona’s Sant Antoni neighbourhood.

Supposedly, there is some kind of dialogue between the good intentions of institutions and the layer of relationships that contain the real concerns, interests and needs of citizens. As we will see, this dynamic is influenced by the interpretation and use of “small data”.

In mid-2013, the local support network De vei a vei and the Sant Antoni Neighbourhood Association came up with the idea of backing Eduard Tió, a young designer who was working on the design and manufacture of a toy to be sold during the Christmas season. The main objective of these neighbourhood groups is to support people whose financial situation makes it hard for them to meet their basic food and housing needs. But their initiatives go beyond simply providing assistance. With the support of local small businesses, they have come up with ideas and projects that boost the autonomy of local residents, and even create new types of jobs. The information exchange begins with good old word of mouth (which they also use to transmit data), backed up with whatsapp groups and Facebook campaigns, which allow them to remain constantly in contact and to help to each other with one-off needs or bigger projects.

This neighbourhood network secured the support of the IAAC FabLab, Elisava, and the paint companies Bruguer and Seijas, to assist the manufacture of the toy that its creator baptised “CREA.Tu”. They also provided the young designer with the space and tools with which to work on the finishes of the pieces and to publicise the toy, and put him in contact with local distribution channels. The network also contributed 2300€ to cover the cost of materials and the manufacture of 200 units which have been sold at the Sant Antoni market, a local toyshop, and among local residents. Meanwhile, the young designer led the production process and encouraged first his friends and then other locals to imagine similar possibilities. The results of this initiative led to the idea of reinvesting the income to back projects by young people who can’t get a foothold in the traditional labour market but can offer solutions that are tailored to the realities of the neighbourhood. A kind of “maker incubator” that can generate projects in response to occasional needs that arise and can be reproduced among young people in the neighbourhood. This project is an interesting grassroots response to the current situation, relying on distributed manufacturing tools and methods. As a community, local residents showed that they can use the data and resources available to them to initiate and complete projects that meet real local needs, without waiting for institutions or other third parties to create and promote them. It is a completely reproducible dynamic in which ideas that come up in the everyday environment are put forward, implemented, and produced communally.

CiutatBeta is an institutional initiative [2] that explores the possibility of designing the city for “emerging citizens”. The first step is to identify key elements that exist in the city, such as “urban empathy” and the emergence of bottom-up open processes that affect the configuration of the urban fabric. The project aims to understand the ways in which information is exchanged among local residents, with a view to generating new metrics that citizens can create and manage in order to learn about their local area, channel initiatives, resolve local conflicts and negotiate with the local administration, which usually acts on the basis of the criteria of efficiency and productivity.

Following a methodology for open learning processes, CiutatBeta approached various neighbourhood groups (including the people involved in the CREA.Tu project) [3] with the intention of learning about the social, historical, cultural and urban reality of the Sant Antoni area.

The CiutatBeta working group was made up of a multidisciplinary team of people from different professional backgrounds and levels of experience, who set out to design a prototype for interacting with local residents and understanding the emotional dynamics of the neighbourhood. They collected data on the happy moments, conflicts, disappointments and other impressions that are generated on the streets, squares and local businesses, and how they are expressed in the form of memories, greetings, insults, complaints and recommendations. This information was compiled on a physical map on which residents could plot their feelings using a colour code, and also on an online version that was made available during the Festa Major festivities. The outreach strategy included small posters designed to look like the ads that people put up around the neighbourhood to advertise anything from private classes to babysitting and caring for elderly people. Social media were also used, and the prototype was named #SentAntoni. The follow-through process to continue to define the prototype included online work, face-to-face sessions, and meetings with local entities or “connectors” that were kept informed of the aims of using the prototype, the progress being made, important dates, and the places where it was being implemented. The results of the project were also made known to local entities through an information panel displayed on the day of the Festa Major and published in the local magazine. The huge amounts of networked data that exist today enable us to generate tools that explore, map or visualise emotions, such as the early project Emography and the more recent WeFeel. Data visualisation techniques are so sophisticated that it is possible to map crime data and segregation in cities, for instance.

But the value of the SentAntoni prototype is less about generating another quantitative record, and more about questioning what it means to compile data. Instead of exploring data online, the data collectors are out on the streets, so that there is direct interaction with the locals, allowing them to question and discuss their relationship to their environment. The emotional map of the common space has revealed the importance of thinking about the place where they live and share experiences and differences with other people. The entire process is described in detail in the open report published on the CiutatBeta website. The methodology used allowed the working group to actively participate in developing the prototype from the design to the implementation stage. Nonetheless, neighbourhood groups were not as actively involved as expected. The “connectors” participated enthusiastically at the start of the process, but were less involved in designing and applying the prototype. Processing data without a laboratory

The examples discussed above lead us to think about the use and the form of the data that we share. In the first example we saw complex behaviour in which numerous different subjects interacted in face-to-face situations and through digital technology in order to achieve a shared objective (manufacturing a toy) at a particular point in time. The project arose from a specific local need and developed, took shape and grew, opening the way for spin-offs. The second case involved an external initiative that approached the neighbourhood through its residents, sharing an open empirical methodology and a tool that allows them to think about their environment and generate new metrics that will hopefully be adopted and used in local initiatives. It is the seed of an applied urban data project, and it is still too soon to know whether it will achieve any of the desired outcomes.

At this point, we have to remember that a city is not necessarily a laboratory. A laboratory is a controlled environment in which people work with a series of isolated variables that can be measured and interpreted. Also, one of the essential characteristics of laboratory tests is that they can be reproduced in controlled conditions, so as to compare and verify the results. A city, on the other hand, is a dynamic system that produces many uncontrollable phenomena. Its conditions are not calibrated against absolute reference values: results are relative and always relational. As the number of urban data projects grows, along with the ways in which this information is generated, collected, stored and shared, we tend to feel that greater amounts of data will refine our models and eventually lead to an accurate, controlled representation of the city. Although this is an intriguing idea in principle, we need to realise that “more information” is not synonymous with “more informed” and that the complexity of the system means that all representations will necessarily be partial or biased. Having more data and not questioning the methods by which we use it will simply magnify the faults in our analysis, while lessening some corporate and academic anxieties [4].

There are promising initiatives that suggest the potential of making readable data on a mass scale accessible to a population that aspires to attaining critical collective consciousness. On the exciting road to achieving this goal, we mustn’t forget to take advantage of the (trans)forming power of small data and interactions in shaping our cities. It may be the only accurate data we have.

[2] CiutatBeta was conceived by the Collegi d’Educadores i Educadors Socials de Catalunya and Transit Projectes S.L., with the collaboration of the Centre de Cultura Contemporània de Barcelona (CCCB) and other professional entities. 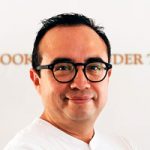 Architect, Doctor in Bioclimatic Construction Materials and Systems, and publisher specialising in technology and the city at dpr barcelona.