In State of the World 2015, the flagship publication of the Worldwatch Institute, experts explore hidden threats to sustainability and how to address them, bringing to light challenges we can no longer afford to ignore. Thanks to Island Press and Icaria Editorial, we offer an exclusive preview of an excerpt from the introduction of the report, which will be published in Spanish in September.

We think we understand environmental damage: pollution, water scarcity, global warming… But these problems are just the tip of the iceberg. Deeper issues include food insecurity, financial assets drained of value by environmental damage, and a rapid rise in diseases of animal origin. These and other problems are among the underreported consequences of an unsustainable global system.

Humanity is ever so slowly coming to grips with the growing reality of a destabilized climate. Even as scientists and others shed light on the likely repercussions such as sea-level rise, droughts, floods, and superstorms, some challenges remain undetected or at least underappreciated. These challenges—several of which are discussed in the chapters that follow—concern not only environmental dynamics themselves, but also how they translate into the social, economic, and political spheres.

Energy, credit, and the end of growth

The prosperous economies and the culture of growth that industrialized nations take for normal, and that most other nations aspire to, rest on cheap (mainly fossil) energy. But, as Chapter 2 explains, we already have tapped the easy energy stores, so the push for continued growth is taking increasing amounts of energy and investment money, leaving less for every other activity. Moreover, the thousands of energy “slaves” we each have working for us are walking a tightrope: energy must be costly enough to be profitable for producers, yet cheap enough to be affordable to consumers. The higher that prices must rise to sustain production, the more likely is a situation of reduced demand, economic malaise, and rising debt.

Economic growth drives most environmental problems, and it has produced a world in which human activities have grown too large for the planet to accommodate them sustainably. Forests are scalped, rivers run dry, species are going extinct, and humans are changing the climate, all driven by the pursuit of growth. Yet few recognize that growth itself needs to be abandoned as a national goal. Growth is widely regarded as inevitable and indispensable, but as a matter of national policy, it is barely 50 years old. Fortunately, as the authors of Chapter 3 argue, a move toward an economy that is not driven by growth of material throughput—yet that still offers adequate employment, and reduces inequality and environmental impact—is achievable.

Continued investments in a fossil fuel-centered energy system—and especially in such forms of “extreme energy” as tar sands, Arctic oil deposits, shale oil and gas, and mountaintop-removal coal—will lock societies onto a dead-end path. Scientists are warning that the bulk of the world’s proven fossil fuel resources can never be touched if the world wants to avoid runaway climate change. Further investing in them—and thus enlarging the carbon “bubble”—exposes not only energy companies and fossil fuel exporters to incalculable risk (a problem analyzed in Chapter 4), but also pension funds, municipal authorities, and others who invest in such companies for long-term financial returns. Absent alternative policies, the world may confront an unpalatable choice between climate chaos and economic doom.

Loss or degradation of key agricultural resources— especially land, water, and a stable climate—is leading to a global agricultural system in which more countries depend on international markets for basic food supplies. Chapter 5 argues that a food import strategy reduces pressure on agricultural resources, especially water, in many countries, but also renders importing countries vulnerable to supply disruptions caused by poor harvests, political manipulation, or other factors beyond their control.

Decline of the oceans

Most humans spend little time in or on the oceans, but our lives are profoundly shaped by their condition. That condition is increasingly dire. Overfishing is compromising the oceans’ ability to supply the protein on which roughly 3 billion people depend. Ocean waters also function as a major sink for human-caused carbon emissions and the heat they trap in the atmosphere, but the rate of absorption of both heat and emissions may be slowing. And carbon absorption is changing the acidity of ocean waters, which in turn imperils vital marine organisms and even the marine food web itself. Chapter 6 considers these dangers.

The Arctic is a showcase for the effects of climate change, especially with the alarming decline in the extent of summer sea ice and its positive feedback effects on warming. The region is an area of contention as well, as the expansion of open water entices Arctic nations with the prospect of easier access to oil and other resources. But, as Chapter 7 explores, nearly unnoticed is the struggle of Arctic peoples to ensure that the fate of the region they call home is largely in their hands, not in those of southerners seeking to impose their own political agendas.

Human activities disrupt ecological systems worldwide, increasing the likelihood that infectious disease will spread from animals to humans, as has already occurred with the Ebola virus and HIV/AIDS. Scientists estimate that more than 60 percent of the 400 new infectious diseases in humans that emerged in the past 70 years were of animal origin. And this threat is increasing

as land-use changes bring animals and humans together, as livestock raising becomes intensified, and as the use of antibiotics in animals increases. Chapter 8 contends that, despite rising attention to high-profile pandemics like Ebola, neither governments nor publics appreciate that such outbreaks are emblematic of a systemic, global problem.

Finally, population displacements due to climate change and other adverse environmental developments could undermine the social fabric of affected societies as well as trigger growing competition over resources, jobs, and social services in receiving areas. The speed, direction, and extent of such population movements remain largely the stuff of conjecture today, but they could have deeply destabilizing economic and political consequences in the future. Chapter 9 argues that timely adaptation measures—including support for migrants as well as for those who lack the resources to move—can help individuals and societies at large cope with the repercussions of a changing climate.

Human ingenuity has fashioned technically advanced societies and maximized the production of goods and services. Our economic systems are programmed to squeeze ever more resources from a planet increasingly in distress—whether it be more oil and gas from underground deposits, more milk from a cow, or more economic surplus from the human workforce. Although the discussion of political systems often revolves around lofty ideas like freedom, democracy, and different forms of representation, at base, they are engineered to support the process of maximizing material throughput. But this success has come at the expense of weakened biological diversity and compromised natural systems. And it is the result of a relatively narrow set of factors and circumstances, ranging from natural conditions to human institutions. Yet these very circumstances could one day be swept away by the severe shocks that a destabilized climate entails, putting in question the ability of societies not just to thrive, but to adapt and possibly even survive. This is especially the case if societies fail to recognize hidden threats in a timely manner.

The very pillars of contemporary success—among them, high degrees of specialization, complexity, and manifold interconnections—could very well turn out to be humanity’s Achilles heel. Specialization works well only within certain tightly controlled parameters, but it could be useless under changed circumstances. Complexity and interconnections multiply the strengths and advantages of a viable system, but they also make it susceptible to a rapid cascade of destabilizing impacts. Such a highly productive system is actually low on resilience because it focuses on constantly reducing any slack or redundancy—the exact features that allow for resilience to materialize. Author Thomas Homer-Dixon quotes Buzz Holling, a leading Canadian ecologist, who has warned that the longer a system is locked onto a trajectory of unsustainable growth, “the greater its vulnerability and the bigger and more dramatic its collapse will be.”

Seen through this broader lens, it is clear that the challenge for humanity today is no longer anything like what it faced in the 1960s and 1970s, when developing pollution abatement technologies and lessening the degree to which resources were wasted provided a more-or-less adequate answer to the most pressing problems of the day. The world now needs to adopt solutions that change the entire system of production and consumption in a fundamental manner, that move societies from conditions of energy and materials surplus to scarcity, and that develop the foresight needed to recognize still-hidden threats to sustainability. This goes far beyond the realm of technical adaptations, and instead requires large-scale social, economic, and political engineering—in an effort to create the foundations for a more sustainable human civilization. 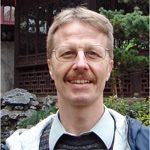 Senior researcher of the Worldwatch Institute and co-director of “State of the World 2015”.