Grotto in an iceberg, photographed during the British Antarctic Expedition of 1911-1913. Herbert Ponting, National Library of New Zealand. Public Domain.

The fight against climate change is probably the major global challenge of the twenty-first century. It requires us to engage in serious soul-searching about the kind of world we want to live in. The second Cultural Innovation International Prize puts the spotlight on the role of culture in social change towards a more environmentally ethical society. We believe that environmental responsibility is not just about scientific and technological solutions, and as such we call for citizen action, participation, and innovation. Through different cultural projects, we explore ways to creatively tackle the challenge of climate change from a positive and effective perspective.

It seems clear that the global climate system is changing at an unprecedented rate, and that this process is getting faster all the time. But despite the scientific community’s constant warnings about the impact of climate change on the planet, and despite increasing social awareness, a certain disaffection seems to be preventing us from responding in a way that is appropriate to the magnitude of the crisis. Global warming is an extremely complex issue because of its ubiquitous, interdisciplinary, and interdependent nature.

Mitigating (or regulating) climate change requires us to, among other things, wean ourselves off our dependence on fossil fuels, which means giving up the energy source that has been the main motor of development in modern society. The fight against climate change is almost certainly the most significant global challenge for the 21st century. To deal with it, we need to think deeply about the kind of world we want to live in.

Culture can play a key role in bringing about the required change: technological solutions are not enough, they must go hand in hand with changes in the way we feel and act. An active, creative, and innovative cultural sphere can raise awareness, mobilise people, and trigger soul searching, so we must make sure that environmental responsibility is one of the top priorities on the cultural agenda over the next few years.

Against this backdrop, the CCCB’s second Cultural Innovation International Prize focuses on asking questions and finding solutions to these problems. Can we move beyond catastrophic and dystopian scenarios when we talk about climate change? What kind of cultural project could raise the awareness of those who are indifferent or sceptical? What type of innovations could bring about positive, effective social change?

To contextualise the new edition of the Prize, below we present a small selection of projects and organisations that connect with citizens and work towards the adoption of environmentally ethical values.

Since 2001, the Cape Farewell Foundation has been connecting Creatives, Scientists, and Informers from all over the world to transmit the urgency of climate change. One of its most significant programmes revolves around Arctic expeditions that allow participants to see the effects of climate change first hand and then, from the epicentre of the debate, carry out scientific work and devise exhibitions, artistic projects, audiovisual works, publications, and educational resources. One of the projects that is currently in the production stage is Energy Renaissance, which will be presented as part of the Utopia 2016 programme at Somerset House in January 2017. This immersive experience will allow visitors to virtually interact with the physical environment, de-carbonising and transforming London to make it a greener and more sustainable city. The project shows that citizen’s choices are important, and users’ actions contribute to building the future they want.

Another long-running London-based initiative is 2 Degrees Festival, the biennial celebration of art, environment, and activism organised by Artsadmin. One of the most interesting activities in the 2015 edition was the second HackCop21, an art and activism lab to co-design creative resistance actions for climate justice at the COP21 Climate Games, organised by The Laboratory of Insurrectionary Imagination. As part of the project, 214 creative activism actions were carried out and coordinated by 124 teams around the globe in the lead-up to the Climate Change Conference (COP21).

COP21 did not just give rise to activist actions, it also launched numerous cultural initiatives around the world. Under the slogan “Climate is Culture”, the ArtCop21 (co-organized by COAL and Cape Farewell) global festival coordinated a programme of over 550 cultural events in Paris and internationally, including installations, exhibitions, concerts, talks, workshops, screenings, and other activities intended to inspire citizens to actively participate in bringing about real change in the current system.

Citizen science projects are another emerging field of action for citizens interested in taking action on environmental issues. PublicLab was founded in 2010 by a group of scientists and activists who wanted more information on the major oil spill in the Gulf of Mexico and started to launch “community satellites” made out of balloons, kites, and digital cameras in order to collect images and data on particular areas. Since then, PublicLab has continued to develop low cost, open source tools for collaborative exploration and research on environmental issues, allowing citizens to participate in generating knowledge and sharing data.

Closer to home, Makea Tu Vida is a brilliant Barcelona-based example of how culture can boost environmental awareness by promoting open design and the creative reuse of materials and products. Their most relevant project along these lines is El-Recetario.net, a collaborative platform founded almost ten years ago that supports DIY culture and the recovery and reuse of waste to build objects and spaces.

The cultural world offers many ways to contribute to meeting the challenge of climate change, and it is great news to see more and more cultural projects that aim to raise environmental awareness. But it is not enough.

The cultural sector also needs to work towards adopting sustainability criteria in its management and events. Given their power to influence society, cultural agents must implement environmentally-friendly measures and take steps to reduce their CO2 emissions. Julie’s Bicycle is a British charity that works with over one thousand arts organisations around world, helping them move towards environmentally sustainable management models. Their Creative IG Tools allow cultural organisations to measure and understand the environmental impact of their activities: production materials, energy, waste and recycling, water, transport and travel, marketing, communication… Aside from offering numerous online resources and programmes, Julie’s Bicycle also offers Creative Green certification to organisations that are committed to sustainability as a core value.

While it is essential to ensure that the relationship between humans and our environment is placed at the top of the cultural communications agenda, we must also begin to ensure that environmental friendliness is an integral part of organisational models in the cultural industry. Examples along these lines include activist platforms that have fought long and hard to get rid of the sponsorship of oil companies in the cultural world. The LiberateTate network, for instance, founded during an art and activism workshop (organised by the Tate) in January 2010, lobbied in collaboration with other groups (Platform, FossilFundsFree) to end this kind of sponsorship. Earlier this year, BP announced that it would not be renewing its contract with the Tate after 26 years.

These are obviously just a few of many possible examples. Countless artists, scientists, communicators, researchers, mediators, cultural managers, NGOs, activists, educators, and concerned citizens are working hard to find creative and effective means to raise awareness of one of the most important challenges of the 21st century. The CCCB is taking up the challenge. Will you join us?

The second call for entries for the Prize marks the start of a new CCCB programme on the anthropocene and climate change, which will culminate with the exhibition “Another World” in October 2017. 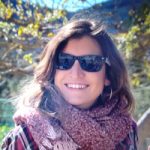