In contemporary advertising, the gestures of happiness generated by film become confused with forms of melancholy. In front of the advertising lens, jumps, kisses, caresses and open arms no longer aspire to invest the product or brand with joy. They do not even guarantee the value of a specific pleasurable experience. As they have multiplied through an increasingly large number of screens, the smiles, jingles and ties with which products were endorsed in early cinema and television advertising have gradually drilled holes, intervals from which to instil in the viewer a single desire: to enter into the world once more, not to be but to await, remaining permanently in the tense eagerness to embrace all experiences without missing a single one.

At every moment, from the television screen or through portable devices, advertising promises a constant entering into the world, and, if the gestures filmed by cinema always speak about the historical life of the human being, of the trace that it leaves on an unrepeatable time, the twenty or thirty seconds that a commercial lasts imprison that temporary recording in a loop that simultaneously affirms it and denies it. There is time in advertising images, but there is no memory, and gestures, in their frequent beauty, are mirages from which it is impossible to go back in history. How does one glimpse an origin for the twirling of the hair plaits that change from head to head in one of the H2Oh! drink commercialsthat won at the 2011 Cannes Lions? What root does that gesture have when it tries to erase any impurity from itself to proclaim its abstraction, a single concept before the viewer?

A substantial part of advertising has gradually abandoned specific things to become the propaganda of a single invisible gesture, as happy as it is unattainable. In the same way as melancholy, which is not so much retraction due to the loss of something, but the capacity to make an inappropriable object appear lost in order to possess it in a definitive way, contemporary advertising uses images to surround the empty centre of a happiness out of time. With its concise messages, it defends a fleeting experience that, ultimately, reveals the poverty of post-capitalist society to manufacture singular gestures of happiness. However, it delimits that empty place well, as if its purpose of selling were insufficient and it were anxious to convert itself besides into an authentic metacriticism of itself.

In one of the commercial spots for the Mano (Hand) campaign, launched by car manufacturer BMW in 2001, the motto “Do you like driving?” is expressed in a single gesture, that of the driver’s hand, which, contemplated from his own subjective viewpoint, emerges from the window in a gesture of caressing the landscape that passes alongside the vehicle. Over electronic music by Catalan duo La Crem, the shots are juxtaposed with a rhythmic montage that prioritises the capturing of the gesture over the framing, in the same way as recordings in Super-8 by the Beat Generation or films by filmmakers such as Stan Brackhage and Jonas Mekas. However, whereas each shot by these filmmakers is celebrated as the capturing of an instant robbed from time, the place from where someone looks, the opening of the image of the BMW spot does not second the construction of anyone looking.

There is nobody looking at what is seen and that blindness becomes the symptom, reiterated in campaigns as brilliant as those by BMW, of the state of intermediate attention that is encouraged by the proliferation of screens, the global screen. The three privileged spaces of contemporary life: the highway, the supermarket and the sofa confronted with the domestic screen, align themselves in this extraordinary commercial, which cinematographically manifests a slightly rough edge, giving the sensation that it might have been recorded on a mobile phone or alternatively an amateur video camera, the impression of being the result of a private experiment. For that precise reason, the roughness makes its appearance, as the effect of a looking between things and inside the character that Jankélévitch called intravision, which, however, fades away as soon as the commercial ends and is freed to the infinite variations on the campaign.

If the nature of the cinematographic gesture is also that of the ghost, which means that it never stops returning, leading to echoes and contaminations in new gestures and images, the gestural contingent that advertising makes migrate from some screens to others becomes, like advertising itself, an autonomous interface. It creates forms but is not capable of breaking them, so, at its limit, it invokes the need for a counterweight in which the image measures its value by its capacity to provoke major cuts, stoppages. The fact that it did not need to emancipate itself from any religious aspect is, for Lipovetsky and Serroy, a trait that makes the origins of cinema unique. Advertising, however, has matured together with the pseudo-religious condition towards which late modernity pushes all individuals, due to the mere fact that they occupy a place in society.

Because, in effect, capitalism reveals itself as a cultural devotion, the most important that may have existed. Everything within it takes on meaning in relation to the observation of a cult, that of consumerism, without any other dogma or idea to cloud it. This imperishable cult, that does not recognise working days or holidays, overlaps work and celebration in one single, never-ending day. And it does not contemplate the redemption of blame, but rather it yearns after the blame itself, this being its driving force. Unlike any other religious form, consumerism is configured as not an expiatory but a blame-apportioning cult.  Just as the gestures that the different religious traditions  have carved into their paintings and sculptures encourage a reassuring knowledge, advertising reminds the spectator of the perpetual exaltation of his desire before an ever-delayed object whose attainment does not guarantee compensation of any kind.

So what does contemporary advertising sell then? The totemic deity that speaks through the voices of advertising is not just consumerism, blame or melancholy but the stopping of history. Advertising gestures dislodge any attempt to proclaim I-was-here. The historian, as Benjamin points out, is the herald that invites the dead to the party and the figure of death is the only image that does not find a place either in the mechanics of consumerism nor in advertising logic. Without the untimely gesture par excellence, death, in which language is incarnated, there can not be any true gestures of happiness, only a single and final adolescent identity in which muteness and melancholy are strung together. From the press, through mailings and RSS feeds on the Internet, on the global screen, the images of contemporary advertising show a fascinating desire to colonise life and afford, perhaps, the opportunity to undertake a true search, to think about contemporary society as a great spot commercial which has undergone the erasure of any trace of the product advertised, any specific happiness. 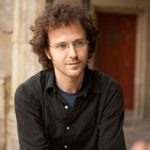 Writer and lecturer in Audiovisual Communication at the Universitat Pompeu Fabra. He has directed numerous lecture series for CaixaForum and is a regular contributor to the “Cultura/s” supplement in La Vanguardia.

These new forms of pornography have managed to be transgression for the user without the hassle involved in the old languages of transgression.

The eternity of the phantom goal

The football match lasts longer than ninety minutes. Even if we had better images of the phantom goal by Hurst, the argument would remain alive.