Arthur C. Clarke was a scientist, science writer and author of science fiction stories and novels. This quote of his reflects on the early beginnings of technology and offers us a way of linking up the two exhibitions that have been held this year at the CCCB: Black Light and Stanley Kubrick. We asked a number of authors to offer a personal take on Clarke’s famous quote, giving them free rein to express whatever it evokes for them. This is the result. We hope you find it both interesting and entertaining.

The “Magic” of the Internet

A text by Efraín Foglia

A comic by Luis Paadín 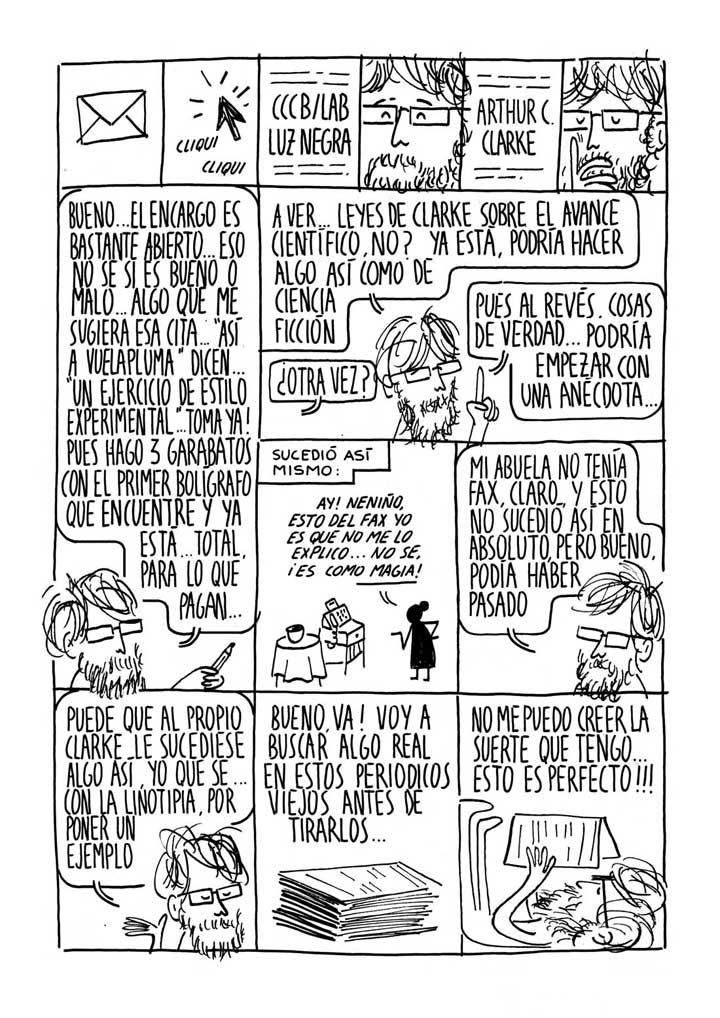 Click click
………
Cccb/Lab Black Light
……..
Arthur c. Clarke
……..
Well… the brief is quite broad… I don’t know if that’s good or bad…whatever this sentence makes me think of… “off the top of my head”, it says… “an exercise in experimental style”… Ha! so I’ll do 3 sketches with the first pen I find and call it a day… considering what they pay me anyway…
………
Let’s see… Clarke’s laws on scientific progress, right? that’s it, I could do something science fictiony
……..
Again?
……..
Then the opposite. Real things…I could start with an anecdote…
……..
It went like this:
Hey! laddy, I can’t make head nor tale of this fax thing…I don’t know, it’s like magic
……..
My gran didn’t have a fax machine, obviously. And that never happened at all, but, well, it could have
……..
Maybe this is just how Clarke himself worked, I don’t know… on the linotype for example
……..
Right, I’m going to look for a real story in these old newspapers before I chuck them…
……..
I can’t believe my luck…this is perfect!!! He he…this’ll sum up Clarke’s maxim perfectly
……..
Any sufficiently advanced technology is indistinguishable from magic
……..
Which, in terms that Juan Martínez would understand, means that it ain’t magic, it’s just progress.
……..
Clarke wrote this phrase, his 3rd law, in the revised version of this book…to make a nice round number!!!
……..
“As 3 laws were good enough for Newton, I have modestly decided to stop there”, he added.
……..
Musical interlude
……..
You might not think that was called for, but I guess it’s what happens when you like drawing faces
And you’re always banging out hip hop
………
Alexander Bain was Scottish and he invented the fax in 1843
……..
In 1884 Ottmar Mergen-Thaler invented the linotype Getting back to the point
Off the top of my head, a good figure to personify this maxim would be Tesla
And what would you know?
I saw it in a film
……..
I know that at the end of the 19th century in an electrical exhibition in New York he unveiled his “teleautomaton”, a remote-controlled boat… those present were stunned, they had all sorts of theories…magic, telepathy, a monkey hidden inside!!!
……..
Nikola Tesla invented a load of stuff and he died poor
……..
He was also a tad eccentric… he fell in love with a pigeon and he was obsessed with the number
……..
Mathematical interlude
Think of a number, any number. Times it by 2. Add 6. Divide by 2. Subtract the number you thought of and…
……..
Ha ha, I could talk about numerology! Hmm…no, best not get into pseudoscience…
And if you don’t believe me, ask the maths!!!
Let’s see, something current and scientific, very complicated, which seems completely inexplicable…a Roomba!
Space tourism!
No! Not that!
That’s it…quantum physics. Tunnelling! It’s magic!
This could get messy
……..
I don’t understand it
Your head’s going to explode
……..
It’s true, this is getting very complicated
I’m going to start repeating myself or something
……..
No sir, it’s not going to work. Let’s try something else
……..
Choose a book from this pile I found in the rubbish…
Mindbridge
Documentation and Memorandums
Henry Kuttner 2
Report from the 21st Century
The Forever War
The Best Science Fiction Stories
Narciso Ibañez Serrados Presents
……..
Hey look, a story by Clarke, let’s see what it’s about…
……..
Peeerfect!!
……..
“Silence Please”
pages 115 to 130
……..
And it’s really short
……..
It’s about a machine that uses the phase-inversion principle to cancel out noise. Its inventor realises it’s got out of hand, and to control it, the authorities invent a sorcery law…. there you go. I could cut off here and jump back to the beginning with Juan Martínez, couldn’t I?
……..
All right! I’m going to look for something real in these newspapers before I chuck them… Click click
……..
Deadline
……..
Today!
……..
Like I said, a few scribbles and we’re done
They’re not going to pay you
Quantic drawing!
At least it’s in colour
You’re pushing your luck

A story by Ramon Mas Baucells

The skin on my arms is raw. My feet a mass of sores. I walk slower and slower as the inertia wanes. It’s the exhaustion of the last day, the beat prior to the Blast. Those of us who sit down now will turn to dust. I sometimes envy them. To stop. To die. But I’d be incapable of doing a No-Further. I believe in the rhythm, I was taught to carry on.

Just like every three thin moons, the pilgrimage takes the shape of a snake and slips between the ash and the ruins. The first one must already be hearing the Blast. Soon it will be me. I just have to endure the Wait.

Those-Who-Know-How-It-Was explain that the course of time started with the Bang. They say that the world of before was evergreen, that there was no need to hunt or to protect yourself, and that it was called the past. They also say that this could never be like that, except when we’re receiving the Blast. The Blast is our link to what existed before the Bang, when the beat was always there and all around, and rhythms bounded about freely.

Finally, I can see the Rusty Temple and I whoop in silence. In the line, you have to keep the words inside your head. It’s the law. If we turn our thoughts into sounds, they throw us out of the Wait. We mustn’t let the receiver of the Blast perceive any noise interference.

I’m the first in line. Face to face with the sorcerer. He places the silver disc in the palm of his hand, grips it with his fingers and raises it within a hair’s breadth of my face. I can see my reflection – eyes downcast, mouth pulled into a grimace. Now he says the eternal words.

“May the rhythm keep you among the living, may the powerful voice give you strength for the next ninety suns, may you return to me during the third thin moon. Haf fan.”

He places the disc inside the mechanical mouth and I put on the headband, with the sonic sponges over my ears. He closes the mouth and presses some buttons. The sacred name flashes on the small rectangular screen. Number 2. Always number 2.

He presses the triangle.

The Blast penetrates my ears. Three beeps and the rhythm bursts forth. It echoes around the sides of my skull. Sounds with an inexplicable origin spike me with the divine infection. My feet move by themselves. Straight away comes the Mother Voice, the Primordial Impulse, the song that begot the first movement. It reaches right to the depths of my worn body and spreads outwards. A wave of shivers run down my arms and legs. The Mother Voice sings in an unknown language, from before the great Bang, the language used by gods and machines.

When the sounds stop, the sorcerer takes the headband off me. I’m filled with a supernatural force. It’s the rhythm created by the gods, to feed the machines. Now I want to hunt, to copulate, to build. I feel capable of anything. I’m the carrier of the Blast and I have ninety suns ahead of me. Haf Fan.

A story by Lucía Lijtmaer

The fuel on which science runs is ignorance.
Matt Ridley

-Hello.
-Hello.
-Can you tell me what’s happened?
-No, sorry.
-But something’s happened.
-It’s an error. That’s all I know.
-Really?
-Yes.
-Can’t it be fixed?
-As I said, that’s all I know. Something went wrong. Our engineers have been informed.
-The engineers? Since when is this a problem for engineers? And anyway, what engineers are you talking about? Some kind of collective?
-Actually, I think the problem is that you didn’t send the completed request on time.
-The request? What request?!
-We’re very sorry for any inconvenience we may have caused you. Thanks for noticing.
-I don’t get this at all.
-Things will be back to normal soon.
-Do you promise?
-Yes, I promise.
-Thank you. Goodbye.
-Come back again soon. Goodbye.

A gif by Ferran Esteve

Was Arthur C. Clarke right?
An exploration of the magical nature of technology

An interactive piece by Oscar Marín

In 1962, in his book “Profiles of the Future: An Inquiry into the Limits of the Possible”, science fiction writer Arthur C. Clarke formulated his famous Three Laws, of which the third law is the best-known and most widely cited: “Any sufficiently advanced technology is indistinguishable from magic”.

The visualization below aims to explore this concept, offering a general classification of ‘magical acts’ and a timeline of what could be the evolution of their technological counterparts (you can click on any technology or ‘magical family’ and visit Wikipedia to get an idea of the concept). In this way, to the ‘technological non-initiates’ of the 1400s, a web search would have been seen as a ‘scrying act’ and video streaming a ‘clairvoyant experience’.

You can also take a look at this video to watch the Toulambi tribe (1998, Papua New Guinea) react as technological non-initiates to implements like matches, mirrors, photo cameras and audio recorders. 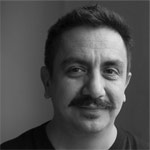 Designer in digital interactions, a researcher and a lecturer. His work is positioned at the intersection between design, citizen activism and network technologies. 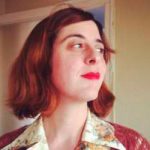 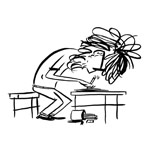 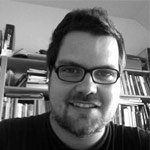 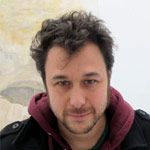 Writer and editor. Co-founder of the magazine and publishing house Males Herbes.