Cases such as Airbnb, Uber, and eBay have popularised the concept of the sharing economy. Digital platforms allow for the exchange of products and services, defying the business model of traditional companies. As it turns out, however, the expansion of these platforms often goes against the rights of their workforces. This is the dilemma that Trebor Scholz analyses in his book Platform Cooperativism. Challenging the Corporate Sharing Economy (Rosa Luxemburg Stiftung, 2016). As an alternative, he proposes platform cooperativism that complements the technological foundations of digital platforms with a cooperative organisational model.

The conference on Platform cooperativism organised by Trebor Scholz and Nathan Schneider in 2015 helped to broaden the debate around the sharing economy, which is summed up in Platform Cooperativism. Challenging the Corporate Sharing Economy. In this book, Scholz explains how the phenomenon of the corporate sharing economy took advantage of the situation that developed after the 2008 crisis as an opportunity to dismantle labour conditions, not as a means to rethink the economic system and make it fairer. The solution now is to go back to the cooperativist tradition as an alternative to the corporate sharing economy. As Scholz says, “The cooperative movement needs to come to terms with 21st century technologies.”

In Platform Cooperativism, Scholz begins by analysing the corporate side through the examples of Uber and Amazon Mechanical Turk (a micro job marketplace), emphasising an aspect in which they both strongly coincide: the awful working conditions. These are companies which have an enormous supply of possible “employees” to absorb their demand, but do not consider them as such. Rather, they see them as “non-employees”, freelancers or independent workers, so they can externalise the means of work (asking workers to use their own cars, for example), as well as welfare and risks. This means they do not have to contribute to healthcare, unemployment insurance, accident cover, or social security. Scholz describes the corporate sharing economy as a situation in which workers are “losing minimum wage and overtime, as well as the protection of anti-discrimination labour laws.”

He also mentions the lack of equality in class terms, noting that “in the shadow of our convenience linger hefty social costs for workers”, particularly for blue-collar workers. Quoting Juliet Schor, he also notes that the sharing economy increasingly allows educated middle-class workers to access low-level jobs. The fact that the middle classes can now drive taxis to make ends meet also means that they are displacing low-income workers from these jobs – and from a steady source of income.

The impact of the corporate sharing economy on the regulatory framework is just as bad. The illegality of the “sharing economy” is a method, not a bug. We should not see it as an error or something that will eventually be fixed, but as a strategy for the creation and consolidation of markets. Moreover, these corporations spend millions to lobby public institutions to make regulatory changes in their favour. Scholz believes that the corporate sharing economy “isn’t merely a continuation of pre-digital capitalism as we know it, there are notable discontinuities – new levels of exploitation and concentration of wealth.” “Silicon Valley loves a good disruption, so let’s give them one,” says Scholz, who believes that platform cooperativism is the solution, the way to stop relying “solely on digital infrastructures that are designed to extract profit for a very small number of platform owners and shareholders.” He adds “A People’s Internet is possible!”

Scholz’s approach to platform cooperativism is based on three key elements: the technological design of initiatives such as Uber, Task Rabbit, Airbnb, and UpWork; a more democratic ownership model – platforms can be owned and operated by trade unions, cities, and various kinds of cooperatives; and economic activities that can benefit many, reduce inequality, and favour the social distribution of profits. Scholz categorises the following types of platform cooperatives that already operate:

And two modalities that are still in their infancy:

Scholz suggests that platform cooperativism is not just limited to cooperativism as a kind of business, but can also go further. He defines 10 Principles for Platform Cooperativism: collective ownership of the platform; decent pay and income security; transparency and data portability; appreciation and acknowledgement of the value generated; co-determined work, with collective decision-making; a protective legal framework; portable worker protection and benefits; protection against arbitrary behaviour in rating systems; rejection of excessive workplace surveillance, and, lastly, the right of workers to log off. Scholz also points out that cooperative platforms are not islands, and that it is important to generate a cooperative ecosystem around them.

Is class the only inequality?

Scholz talks about inequality in terms of class, income, and education, but he does not mention other sources of discrimination and inequality in his critique of the corporate sharing economy or in his proposed alternative. One of the weak points of the book may be its limited gender perspective – although, unfortunately, that tends to be the rule in discussions around the sharing economy and critiques of the hegemonic economic approach. There is little emphasis on the links or dependence between the sharing economy and the domestic and care economies, or on the feminist reading of the phenomenon. Similarly, references to male authors prevail, with a notable absence of key female thinkers on the subject such as Elinor Ostrom on the commons, and Tiziana Terranova in relation to “free labour”. Aspects that receive a surprising lack of attention include other sources of discrimination and inequality such as origins, the lack of environmental awareness, and the connections between the corporate sharing economy and the circular economy.

The Sharing Economy: Cooperativist vs. Commons

The commons tradition is not a response to the corporate sharing economy: it pre-dates and inspired it. The digital commons, in the sense of projects based on collaborative production among peers, supported by collectively owned and managed platforms that generate free and/or public resources has been around for a long time. Examples include open source software communities, Wikipedia, Guifi.net and Goteo.org. The digital commons has also seen various waves of capitalist innovation: from the “Web 2.0” to the emergence of YouTube and Facebook in response to the dot-com crisis in 2000, and the sharing economy including Uber and AirBnb in response to the 2008 crisis. These forms adpot the collaborative discourse and mode of production of digital platforms, but at the same time turn their backs on the use of free, transparent technology, on the role of the community of creators in the governance of the process, on the collective ownership of knowledge, and on the distribution of the value generated among those who contribute to create it.

The tradition of the digital commons poses the challenge of the sustainability of the individuals who contribute to the common good. Some of the models that are being designed and implemented in response to this challenge were described by Philip Agrain in his 2011 book Sharing. In the commons, there is tension between the desire to maintain the predominantly non-commercial nature of projects and to emphasise other, non-monetary sources of value on one hand, and the need to secure income for those who contribute on the other.

The option of setting up cooperatives has also been an alternative in the digital commons – particularly in the world of free software – although foundations have been a more common model of institutional organisation. Another issue is the need to create legal figures that can allow for the fact that online collaborative production generates patterns of very different levels of participation (in which 1% usually generate the majority of the content, 9% contribute occasionally, and 90% participate passively as “audience”). Another challenge of the digital commons is to move towards decentralisation, which does not seem to adapt very well to the “traditional” cooperative membership model.

Scholz’s approach puts the spotlight on the labour conditions of the people who contribute to digital platforms, and on the creation of cooperatives as a means to guarantee ownership. These are certainly key issues, but they push important aspects of the digital commons into the background. On one hand, open knowledge, knowledge as a common good, and the public dimension of collaborative production through the use of licences (like Creative Commons) that guarantee access to the resources; on the other, free technology – platforms based on free software – as a means of communal control of the means of production in a digital environment.

In this sense, the best perspective from which to read Scholz is to focus on the integration of the aspects that he draws attention to – cooperativism as a means to ensure democratic governance of economic activity and the conditions of collaborative production that respect basic rights – while keeping in mind the strengths of other processes, including the digital commons – which emphasises the importance of the public and the commons, as well as free infrastructure –, the feminist economy, and the circular economy. And from there, to develop a new social, feminist, environmental commons economy. 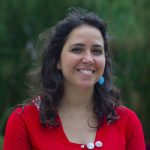 Director of research on the collaborative economy at the Internet Interdisciplinary Institute of the Universitat Oberta de Catalunya.

The User Experience in Platform Cooperativism

Some thoughts on the design of collaborative platforms and reputation systems that make it possible to build trust and solidarity networks.

The Rules of the Game of Platform Cooperativism

Legal regulations play a crucial role in the capacity to successfully design and implement cooperative platforms.