Dagen H (H day), was the day, 3 September 1967, on which traffic in Sweden switched from driving on the left-hand side of the road to the right. Kungsgatan, Stockholm | Peter Segemark, Nordiska museet | CC BY NC-ND

“Platform cooperativism” has become the most successful term used in the ongoing debate on shared governance and shared ownership in the platform economy. It attempts to define the new organizational structures and entire ecosystem that can offer a true alternative to the large-scale, for-profit corporations that are exploiting online cooperation among “peers”. However, in this lively debate the issue of market regulation has so far received little attention, especially with regard to the context of the European Union. This short article aims to show that the many solutions to the challenges of platform cooperativism cannot simply be reduced to the platforms’ capacity for self-government and to new organizational tools. Against the backdrop of the creation of a European regulatory framework, it is important to recognise the key role of competitive legal strategies from the perspective of both justice and efficiency. Only thus can co-operative models be sustainable and competitive in the platform economy.

Make the Rules or Your Rivals Will is the title of one of the most acclaimed books on competitive legal strategies, offering economic actors a clear choice: either play by your competitors’ rules or subject them to your own.[1] Needless to say, the second solution promises a better chance of success, especially in the early days of yet unexplored economic models. From Henry Ford’s victory over the Selden patent to the forty-year litigation faced by Thomas Edison and the complex strategies adopted by Bill Gates on standard licensing terms for software contracts and software copyright protection, an analysis of key economic sectors clearly shows that working under congenial rules from the outset of an economic model is the most crucial ingredient for success.

This assumption may seem quite obvious. After all, legal regulations create markets, define their boundaries and influence choices and behaviour. However, the weight of competitive legal strategies is often underrated, perhaps due to a natural aversion to litigation and lawyers, or because we tend to believe that the “state should not be picking the winner” but instead create a “level playing field” that puts the competitors on equal terms.

This general underestimation of legal strategies also applies to “platform cooperativism” – a term that refers to experimentation around shared ownership and shared governance in the online economy, with the aim of devising organizational models and a new ecosystem in opposition to the large-scale for-profit corporations that are exploiting online cooperation among peers.[2]

At first, this conclusion may seem overly harsh. After all, the ongoing debate is being enriched almost every day by initiatives seeking to develop new theoretical and practical instruments that aim to contribute to creating new kinds of collaborative platforms that are a true expression of a social and solidarity economy. Loomio is an online tool for group decision-makin | Loomio

Research and analysis is more dynamic than ever in the fields of organizational models, decision-making tools and funding schemes. Software is being developed to facilitate collaborative decision-making (Loomio, Enspiral) and new legal solutions for tax and labour law (FreedomCoop). New instruments are being conceived to foster self-government and the creation of online communities (Fairshares), and innovative tools are coming up with new ways to coordinate capital and labour (Mastly, Timefounder). Original instruments based on blockchain are being engineered to create decentralized organizations (Backfeed, Comakery) and local currencies in accordance with social economy values (Colu). These experiments also are also investing in funding schemes that emerge as an alternative to venture capital (Purpose Capital, The working world, Transform Finance, Community Shares) as well as payment systems (Fairpay). And thought-provoking solutions (copyleft, copyfair) are being developed in the field of intellectual property and privacy as alternatives to traditional copyright law and the intrusive arrogance of capitalistic platforms.

The overall picture is extremely vibrant but also unstable and unbalanced. If we go deeper and try to confirm the actual consolidation of many of the proposals in question, we find that most of them are in a very early testing stage or facing severe financial problems. Furthermore, in the absence of established models many of these experiments face enormous difficulties in conceiving utterly new solutions capable of negotiating risks, ownership, control and profits.

But above all, what is really lacking is a full and engaged debate on market regulation and on the effects of legal regulations on competitiveness. According to the widely recognised distinction drawn by Lawrence Lessig – who came up with the formula “code is law” – the current discussion around platform cooperativism focuses mainly on the architecture (“code”) but largely overlooks legal regulations. [3]

Yet the two aspects should go hand in hand, given that legal regulations play a fundamental role in the ability to successfully design and implement viable alternatives for cooperative platforms: beyond technical difficulties, it will only be possible to establish effective tools that incorporate the values of cooperativism if those models remain competitive in the market. Because what is the point of devising more equitable systems if the market punishes those who make the effort?

Perhaps due to its North American origins, the absence of a thorough debate on legal frameworks for platform cooperativism is even more striking in Europe, where reflection on these issues generally fails to take into account the economic, cultural and legal peculiarities of the European Union.

Nonetheless, appropriate reflection and debate would be highly desirable, especially given that EU rules are being shaped right now: in June 2016 the European Commission published a Communication on the collaborative economy[4] and another on online platforms dates back to 2015.[5] The Uber case, now pending a hearing before the European Court of Justice, will be decided in 2017[6] and the European Parliament and other EU institutions are also taking a stance on these issues.[7] Fairpay is a payment card to use in physical stores. It is loaded with Faircoin | Faircoop

Moving on to the content, what should be the focus of the debate on European rules for platform cooperativism? The first and most direct answer is to examine the distribution effects of these new economic environments, in order to understand who wins and who loses.[8] This involves studying their impact on different social groups and geographical areas, and looking at how they effect gender equality and the relationship between labour and capital. [9] Secondly, it requires a deeper analysis on how the digital economy affects the principles and values that our societies are based on[10], from the “commodification” of new goods and services[11] to the economic and political consequences of big data. [12]

But it is not just a question of justice and fairness. The current debate often points out the potential and actual injustices of this new economy, but fails to carry out a more technical analysis of market failures, precisely when EC Services Directive (2006/123/EC), e-Commerce Directive (2000/31/EC) and the acquis communautaire on consumer protection are being called into question.[13] Due to this oversight, the debates on platform cooperativism too often ignore the in-depth revision of the game rules that is currently taking place, particularly in regards to the role and the limits of self-regulation, thus fuelling the risk that these changes may result in massive deregulation. [14]

In the search for solutions to the many challenges facing cooperative platforms, simply relying on self-government capacities is clearly not enough. The development of a regulatory framework that is in tune with cooperative values is essential for the creation of public policies and for the development of solutions designed around the principles of co-creation and co-management. It is only when these rules are in place that social enterprises will be able to compete on equal terms in emerging online markets.

A few months ago, a proposal to buy Twitter was launched from The Guardian by one of the promoters of platform cooperativism. In the face of persistent rumours of a severe financial crisis and related concerns of a possible purchase by a well-known online giant, the #BuyTwitter campaign raised the idea of a purchase bid by its users and its subsequent transformation into a cooperative. The initiative garnered media attention and raised some hopes, but it stalled for practical reasons. Above all, the price was too high to be feasible. And it showed how difficult it is to channel individual enthusiasm into collective success, without the backing of considerable financial strength and appropriate organizational structures.

When real life does not go as we wish, sometimes we rebel and sometimes we turn to fantasy. We can throw stones at the Google bus – a symbol of gentrification and surge prices – as in the Douglas Rushkoff book that takes its cue from an episode that occurred in San Francisco in 2014.[15] Or we can imagine a future in which all companies are “social” and people can be punished for “anti-social investment”[16]; a future where Twitter really becomes a prosperous cooperative, where new cooperative social networks are successfully founded, and Facebook has no choice but to “democratize” its structure by including users in its board of directors. [17]

But if we’d rather deal with reality, we need to put competitive legal strategies at the very centre of the debate on platform cooperativism, thus channelling the discussion towards the context of the European Union at a time when the regulatory framework is being decided. It is crucial to act now, because failing to do so it will make it increasingly difficult to envision the success of cooperative models. 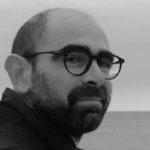 Professor of Law at the University of Palermo and a visiting scholar in the Digital Commons research group at the UOC's Internet Interdisciplinary Institute (IN3).

The User Experience in Platform Cooperativism

Some thoughts on the design of collaborative platforms and reputation systems that make it possible to build trust and solidarity networks.

Towards a Data Commons

Implications for the whole of society of the data policies of collaborative economy platforms.