“The term ‘collective memory’ consists of two words that come together somewhat problematically, given that memory is malleable and collectivity is not necessarily inclusive.” These words by Dr. Kees Vuyk, Associate Professor of Cultural Policy at UtrechtUniversity, allow us to start to get a sense of some of the challenges facing the institutions responsible for defining our cultural heritage, if they are to accurately reflect a society with an increasingly complex and constantly changing identity. The redefinition of identity is a key issue in the twenty-first century, and cultural institutions have a vital role in this process. How can museums and cultural centres design innovative programmes that represent our changing identity?

The new orientalism that is taking shape in Europe as a result of the assimilation of the first, second, and even third generations of European citizens of Asian and African descent is a complex identity issue and a challenge in our globalised society. Can cultural institutions help to redefine our heritage from a multicultural perspective?

A recent, innovative example of the role of institutions in this process can be found in Berlin with the project Multaka. In this interesting initiative, refugees from Syria and Iraq have been trained to become guides to some of the city’s museums, with the idea that they can offer free guided tours to other refugees in their own languages. In this way, Multaka facilitates the exchange of different historical and cultural experiences between Germany and these two Arab countries, so that cultural heritage becomes a means to approach current debates on identity and to set up connections between the past and the present. Cultural institutions act as a link between the refugees’ countries of origin and their new host country, with the idea of providing a frame of reference for their new lives in Germany.

The reconstruction of identity through cultural heritage is also a topical issue in Amsterdam, a city that currently has citizens from 180 different nationalities. This diversity is partly due to the country’s colonial past, but also to a strong economy that makes it a magnet for immigration and to economic policies aimed at making Amsterdam a global hub, which are leading more and more multinational corporations to open offices in the city. Judikje Kiers, Director of the AmsterdamMuseum describes the internal discussions among museum staff to ensure that the city’s real diversity is also reflected within the organisation. The museum is considering replacing the members of its board of directors – comprised mainly of middle-aged white males – in order to more accurately represent the city’s identity. Kiers does not play down the problems and reservations involved in this process, but it is certainly a brave and logical strategy targeted at updating the AmsterdamMuseum’s discourse based on an innovative policy of integration of the real urban identity of today’s Amsterdam.

Inclusion through social innovation and co-creation

“Co-creation is necessary for real inclusion.” The approach used by Kiers and her team is based on inclusion through open working processes that incorporate the dynamics and tools of “service design thinking” for the co-creation of exhibition content and public programmes. In its new programming line Ontmoet Amstardem (Discover Amsterdam), the museum presents the narrative of the contemporary city and offers a participatory platform that allows citizens to actively participate in content creation. The first exhibition along these lines, Transmission, focuses on the city’s transgender community. The museum invited members of this community to actively participate in defining the form and the tone of the exhibition and its related public activities programme, sharing their knowledge and points of view about issues such as tolerance and sexual identity. Aside from the success of the project, the collaborative work and debate generated in the process led the AmsterdamMuseum to make a small but significant change: the museum’s toilets are now gender neutral – a gesture of inclusion that also invites visitors to think about the reasons that made it necessary.

Another example of co-creation can be found in a very different context: an unusual museum called Our Lord in the Attic. On the top floor of a building on Amsterdam’s canals there is a seventeenth century catholic church, the last of the fifty that once existed in this eminently protestant city. The church has been converted into a museum that takes visitors back to a historical period of tolerance and respect for religious diversity in the city. The physical characteristics of the church mean that access is limited to people with a level of mobility that allows them to climb a series of narrow, difficult stairs. The challenge was clear: how could this museum be made accessible to all? Through workshops and a research process, the museum’s team created a visual interactive tour that enables audiences with reduced mobility to actively share the experience of somebody who is visiting the space at the same time. Using mobile devices, visitors show the church-museum to participants who remain physically in the reference area and who, in turn, provide information about the contents of the space to the on-site visitors. This process was developed by a team of young designers and senior citizens (the eldest person on the team was a 97-year-old woman), working together to co-create the tour. The process consisted of a research stage and a series of prototypes to test the interface of the devices, in order to come up with the optimum solution. The dialogue and knowledge transfer did not just focus on the needs of the people with reduced mobility, but also on the real value that they could contribute to the experience. This is an example of the possible role of interaction and “service design” on public sector innovation. How cultural institutions redefine their own identity

Another advocate of placing people at the centre of cultural projects through the use of “design thinking” strategies is Abhay Adhikari, a consultant who works with public and private institutions around the world to develop innovation projects that focus on the potential of social media. “In this chaotic digital landscape, the heritage sector has an important role to play. Especially to create value driven ecosystems that offer people the opportunity to discuss, debate, and critically engage with issues that affect our day-to-day lives.”

Adhikari’s work is based on making the best of the potential of social media, not just as a marketing tool, but to create what he calls “positive social impact”. Cultural organisations need to create digital identities in order to share knowledge, and also to transmit their passion and commitment to culture. Adhikari argues that this digital identity allows institutions to develop co-responsibility with citizens, creating a relevant, sustainable connection that leads to greater audience involvement.

Adhikari developed a one-year programme with eight Stockholm-based museums (including [nordiskamusset.se], teniskamusset.se, naturhistoriska riksmusset [nrm.se]) in an attempt to work out what the digital identity of organisations that work with cultural heritage should be. Through the prototyping of social media campaigns, working with teams in all areas of Swedish institutions, the programme used different participatory models to create positive social impact in collaboration with national audiences, raising awareness around issues such as climate change and gender equality.

In today’s world, identity is an increasingly nuanced concept – an indeterminate concept linked to a person’s origins, but also to past experiences, and to the sense of generational belonging. The inclusion of diverse identities is a key aspect of cultural heritage management that accurately reflects and is receptive to the society that it seeks to represent.

The examples discussed here are taken from Identity Matters, the final conference in the RICHES project, which was held on 14 and 15 April in Amsterdam. It presented the main findings of a project that explored collaborative and innovative visions of cultural heritage. The conference was organised by the Waag Society, institute for art, scien 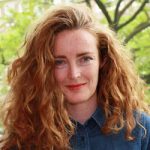 Journalist and programmer at the intersection of contemporary culture, technology and social innovation.

Women have always been under-represented in the cultural world. We investigate the practices that may revert this inequality from a feminist perspective.

Videos of the dialogues with the Jury of the Cultural Innovation International Prize, in the activities "Are you public?" in the award ceremony.

Overview of the ideas discussed in the book Spreadable Media. Creating value in a Networked Culture by Henry Jenkins, Sam Ford and Joshua Green (2013).