“Right and left coronary arteries, emerging from the origin of the aorta, veins of the heart and coronary sinus.” illustration by Jean Marc Bourgery (1797-1849).

To coincide with the publication of the content of CCCB LAB blog posts under Creative Commons licenses, and as an overview of the ideas discussed in the book Spreadable Media. Creating value in a Networked Culture by Henry Jenkins, Sam Ford and Joshua Green (2013), this post looks at how content flows on the net, with an emphasis on the dilemmas of participatory culture, new forms of value acquisition and content circulation, and how all of this affects museums and cultural institutions.

The book Spreadable Media describes the new hybrid model that emerged from the tension between the traditional prescriptive model and the collaborative approach. In this new model, material is shared among and between cultures in more collaborative ways: a change from content distribution to circulation that suggests a shift towards a more participatory model of culture that does not see audiences as simple consumers of prefabricated messages but as people who shape, share, recontextualise and remix content in a myriad of ways. And who do so in large communities and networks that pursue their own interests. At cultural institutions we have already seen virtual audiences become increasingly important, and often more numerous than onsite audiences. The net allows us to expand the life of content beyond the actual activities, but there is still a certain reluctance when it comes to releasing content. Why shouldn’t cultural institutions make it easier to spread content?

The authors of the book have used the concept of “spreading” to discuss how media flow, the resources that make some types of content circulate more than others, the financial frameworks that boost or restrict this circulation, the attributes that make a community want to share media texts, and the social networks that connect people through the exchange of bits of meaning. All in all, a context that is by no means unfamiliar to us at museums and cultural institutions.

The technology generally referred to as Web 2.0 has made it possible to map the connecting vessels of this circulatory system that generates two conflicting approaches: one that is oriented towards hopes of improvement and empowerment, and one that is business-minded and seeks to capture and exploit the new participatory culture. This entails a series of contradictions, conflicts and gaps between the interests of producers and audiences. On one hand, the free circulation of content through the media remains under dispute, and on the other, audiences no longer always blindly accept the terms imposed by the Web 2.0, and instead increasingly reaffirm their own interests. In order to understand these dynamics, we have to start by recognising the wide variety and complexity of the types of value that are generated by content sharing.


Richard Sennett explains how traditional craftsmen received intangible rewards such as peer recognition, reputation, status, satisfaction, and above all, pride in a job well done. The shift from this system to one in which they became anonymous, interchangeable elements in an assembly line led to the concept of alienated labour. Sennett’s work helps us to understand why participants can commit to work that they will not financially profit from and that may even entail expenses, but provides rewards through alternative value systems. Just like Sennett’s craftsmen, the millions of users who post videos on Youtube or write blogs, share content that interests them because they obtain value in other ways: self-promotion, the desire for dialogue and discourse, stronger social relationships, communities that grow through the circulation of messages… These can be described as “committed” audiences in that they pursue their own interests, they are connected, and they remain informed through social networks. In an interview in which he defended “going against the idea that culture is only valid when it has a quantifiable value,” Manuel Borja-Villel called for a radical change to museums. Moreover, we have to learn to respond to the real expectations of our audiences, who also seek recognition and want to influence culture and express themselves.

The idea that lies at the heart of the “spreadable media” model is that audiences are more than just data, and that their collective discussions and reflections and their active involvement in evaluating and spreading content are generative. As such, it is necessary to listen honestly to what audiences have to say. Listening requires an active response: it means not just collecting data, but also carrying out concrete actions. In practice, this attitude can mean approaching audiences and listening to what they are talking about: we can acknowledge their enthusiasm, offer support and additional resources, make them aware of our concerns and correct misunderstandings. In some cases it can lead to the need to make internal changes, although not all institutions are ready or willing to listen.

At cultural institutions there are signs that we are starting to become aware of this new reality, as shown by initiatives such as the Medialab Prado Community platform in which users can create and coordinate projects or contribute to the work of other users; the online projects Rhizome Community and Tate Collectives, which offer users a space in which to share and discuss the art that interests them; and the Transcriu-me project run by the Biblioteca de Catalunya, which asks people to collaborate by transcribing historical documents as the Library digitalises them. Networked culture is generating more elaborate forms of co-creation and “produsage” that lead us to rethink the relationship between institutions and audiences. We are dealing with a different model of collaboration, in which participants work together to achieve objectives that the individuals involved could not achieve on their own.

What the authors of the book call “spreadability” is based on the fact that circulation is one of the key forces in today’s mediascape. The texts that circulate in this new participatory environment are resources members of communities to use in their interactions. Principles that can help us to design material with a high degree of “spreadability” include:

Value and meaning are created when grassroots communities access creative products and use them as resources in their own conversations, passing them on to others who share similar interests. Audiences use available media texts to forge links among themselves, to mediate social relationships that give meaning to the world around them. They select material that matters to them from the wide range of content that is on offer, and they transform it through active production processes or through their criticisms and comments. Content flows in unpredictable ways and directions, not as a result of top-down design but through a multitude of local decisions made by autonomous agents who negotiate their way through different cultural spaces. As a result, cultural institutions may be concerned about losing control and worry about the future of their intellectual offspring. But the reality is that in this new environment, if it doesn’t spread, it’s dead.

The authors of Spreadable Media focus on content generated by entertainment and commercial companies, but their advice can work just as well in the context cultural institutions. In their opinion, “spreadability” focuses on:

Nobody knows where the new model that the authors describe is heading, but there is no doubt that content spreads, and that this requires cultural institutions to offer access to information and greater transparency. At the CCCB Lab we’ve been working to promote free, open, distributed culture for some time, and now we’ve decided to go one step further and place the content of the blog under Creative Commons licences. A step that raises a series of questions that we are interested in studying closely: How do licenses affect the way content spreads? Does open virtual content have any effect on on-site audiences? What value can our institution obtain from the freeing up content? What do you, our readers, think? 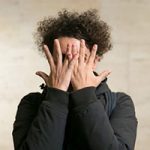