In a world affected by the pandemic, the climate crisis, technological transformations and war, museums and cultural centres are re-examining their role and involvement in society. In this conversation, Mathieu Potte-Bonneville, Director of the Culture and Creation Department at the Centre Pompidou in Paris, and Judit Carrera, Director of the CCCB, explain how these crises are affecting cultural organisations. They highlight the importance of mediation and of incorporating new voices and narratives into programmes, and they defend museums and cultural centres as spaces for encountering and forging connections with the public.

The Centre Pompidou in Paris, the HKW (House of World Cultures in Berlin) and the CCCB are three European cultural institutions that work together as part of the Cultures d’Avenir network, a European programme aimed at young creators. Coinciding with the end of the programme, Mathieu Potte-Bonneville, philosopher, writer and Director of the Culture and Creation Department of the Pompidou Centre paid a visit to Barcelona. In this conversation, Potte-Bonneville and Judit Carrera, Director of the CCCB, shared   some thoughts about the challenges being faced by museums and cultural institutions in a world affected by the pandemic, climate change, threats to democracy and the war in Ukraine.

In what way should museums and cultural institutions react to the world’s crises? Potte-Bonneville admits that in recent years, such institutions have often seen their ordinary activities interrupted by constant crises and dramatic turns of events from around the world, meaning that more and more, ‘normal’ periods are becoming the exception. This means that nowadays, cultural institutions are constantly being forced to change in the face of these crises and to take decisions that go far beyond strictly cultural programming. There are some recent examples of how museums and cultural centres have responded very actively to humanitarian emergencies: the Irish Museum of Modern Art in Dublin was used as a morgue during the early days of the pandemic, while Berlin’s HKW has acted as a space for receiving refugees from the war in Ukraine.

In this regard, Judit Carrera believes that cultural institutions are spaces that are permeable to the world and that the main role of culture, which creates connections between the individual and society as a whole, is to make sense of how we live together, even more so in a world that tends to erase the idea of a future. The language of culture, in all its facets and disciplines, helps us to consider “other possible futures” in a context in which the climate emergency, wars, dictatorships in different parts of the world and the rise of the extreme right “deny us this possibility of a future”. Therefore, culture helps us to imagine new situations and to open up a window of hope in the face of this situation.

The limits of the role played by cultural institutions have been broken down not only as a result of today’s profound and ongoing crises. Potte-Bonneville points out that for a long time now, artists have been transforming and twisting the boundaries of culture in disciplines such as the performing arts. Traditionally, creation has forged natural links between art and politics. This is what Potte-Bonneville defines as “artivism”. Creators were pioneers, but what is more, the profound technological transformation we are currently undergoing has meant that museums and cultural institutions are reassessing their relationship with audiences, as the barrier has been broken down between “those who produce culture and those who enjoy it”, according to Carrera. “This is the most profound revolution that the world of culture has experienced in the last decade. The way knowledge is created and distributed has been profoundly altered by the technological transformation,” she says.

In this context, the traditional mediation between institutions and the public, which used to be a discourse established by museums and addressed to a purely contemplative audience, has become obsolete and has had to be rethought. Potte-Bonneville mentions the talk by the Nigerian writer Chimamanda Ngozi Adichie under the title of The danger of a single story as an example of the current need to have a multiplicity of stories and bear in mind the complexity, interrelations, divisions and contradictions of overlapping stories. “It’s not necessary to supress old stories, but, quite the opposite, to enrich them”, says the philosopher. Carrera also believes it is necessary to expand the range of registers in the mediation of cultural centres. The CCCB has created a mediation programme to incorporate as many voices, perspectives and views of the world as possible and to try out new cultural formats.

Opening up the narratives of cultural centres also affects the very concept of audience or audiences. Potte-Bonneville defends the term “user” to define the audience of a cultural institution because it implies a more dynamic and participatory relationship between the visitor and the museum. The philosopher Gilles Deleuze stated long ago that users’ associations were more necessary for a museum than committees of experts. “Being a user implies that works of art can be not only contemplated or admired, but also used,” adds Potte-Bonneville. According to the director of the CCCB, in this new, more equal relationship between institution and user, culture must strengthen its own role as a space for meeting, exchange and the shared creation of meaning.

As regards the relationship between in-person and virtual experiences in cultural institutions, Judit Carrera explains that, especially among the youngest audiences, the two experiences are now completely integrated. It is true that the virtual sphere has taken on an immense importance since the pandemic, but it has also highlighted the fact that we need spaces for physical encounters. Judit Carrera defends the need for cultural institutions to strengthen in-person experiences and the creation of community, and for cultural centres to be strengthened as public spaces in the most philosophical sense, as places for the representation and creation of involved citizens.

The face-to-face and the virtual spheres, therefore, are compatible and complementary. Mathieu Potte-Bonneville also defends the in-person experience with an example. For him, a painting is a 3D experience which cannot be compared to any of the developments that can be found online. On a computer or on any other device, when we look at an image of a work of art, we lose our perspective of the real size of the work and, above all, we cannot physically interact with it. In other words, we cannot move closer or further away from it or look at it from a different angle. Nor can we capture the “feel” of the work. Therefore, to have this experience, Potte-Bonneville is clear: “You have to come to the museum”. 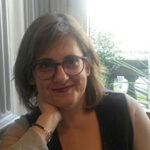 Journalist and critic specialising in visual arts and culture.

Cultural institutions during the pandemic

We analyse the evolution during the pandemic of cultural heritage institutions around the world.