The transparency of an organisation is an essential condition for accessing the raw material of data journalism: sets of data that are placed at the public’s disposal and can be reused and published without restriction. These data often help to access knowledge or information on investigation cases such as the recent Panama Papers. However, they also allow us to contribute to the recovery of the collective Historical Memory eighty years after the events, despite the difficulties in finding accurate information on all the victims of the Civil War and the Franco regime. There are documents scattered throughout a whole host of military and diverse other types of archives. The association Innovation and Human Rights (IHR) is presenting a database to help victims and their descendants and contribute towards disseminating and promoting historical research.

Everyone has a family story to tell in relation with the Spanish Civil War and the data confirm this. The death toll of the Civil War is estimated to stand at around half a million people, but the exact figure is not known. It is estimated that around 50,000 people were victims of violence from various sections of leftist groups between 1936 and 1939; 200,000 would have died at the front and, according to Paul Preston, 200,000 more died at the hands of those who had risen up against the Republic and during the Franco dictatorship between 1936 and 1975. In addition, deaths due to bombardments totalled some 10,000 (more than 2,000 in Barcelona alone), according to Hugh Thomas. Besides this, there are the people missing buried in roadside ditches and mass graves – victims of enforced disappearance, to use the official United Nations term – and people who suffered deprivation of liberty and often torture or extrajudicial execution by agents of the State’s forces or groups or people supported by the State.

If the data on the dead are not accurate, those on the people who were the victims of reprisals are even less so. There were 188 concentration camps in Franco’s Spain – two of them in Barcelona (in Poble Nou and Horta), as documented by Javier Rodrigo, plus various prisoner centres. Also, over 130,000 people passed through the Disciplinary Battalions of Worker-Soldiers, groupings of supposed soldiers who despite often having committed no crime, were forced to labour hard with no guarantees and virtually no compensation. They were recently given the name of Franco’s Slaves.

In its latest report on Spain, dated September 2017, the United Nations Working Group on Enforced or Involuntary Disappearances, in which Innovation and Human Rights has participated, highlights: “It is especially concerning to confirm that the majority of fundamental recommendations designed to enable family members of people who disappeared during the Civil War and the dictatorship to investigate the fate and the resting place of their loved ones, and to have access to the truth, to justice and to reparations, have not been fully implemented, and that to date, the families have been left to their own devices.”

In the majority of cases, accessing the information is no easy task. Reference is made to the Law on the Protection of Personal Data referring to missing people or those that have been dead for over 50 years. For this reason, from Innovation and Human Rights (IHR) we have implemented various applications for public access to information and we have some collaboration agreements up and running. One of the bases to which we have requested access is that of the Human Cost of the Civil War from the Centre of Contemporary History, with information on the Catalan deaths, in order to be able to disseminate the work carried out in this sense by the Generalitat of Catalonia over the last thirty years.

When judge Baltasar Garzón opened up controversial legal proceedings for crimes against humanity in Spain in the year 2008, associations for the collective historical memory sent him lists that added up to over 114,000 missing people, a number subsequently increased to 143,000. Court number 5 at the National High Court grouped them into a database that the Working Group on Enforced or Involuntary Disappearances has repeatedly requested that the Spanish Government make public. With zero results.

An overall view: The Innovation and Human Rights unified database

The non-profit organisation Innovation and Human Rights (IHR) is presenting its centralised database of victims of the Civil War and the Franco regime. It contains over 200,000 documents with names and surnames, and we continue adding data as we search for and contact more sources of information. The majority of documents had never been so accessible previously. We have done this in order to help victims and their descendants to find information and to give support to people who are still seeking justice and reparation, such as those of the Mesa d’Entitats Memorialistes de Catalunya, with the Comissió de la Dignitat, the Col·lectiu Republicà del Baix Llobregat, the Associació Pro-Memòria als Immolats per la Llibertat a Catalunya, Lo Riu, Memòria de Mallorca, the families of missing people who promoted the creation of the DNA Bank and others.

We aim to contribute to disseminating and promoting historical research with the processing of data on less well-known and investigated aspects of everything related with the Civil War and the Franco regime, with standards of rigour, documentary references and depth. Because, until now, the majority of the stories and protagonists of the repression have been hidden. Partly because they have not been recognised as victims by the Amnesty Law of 1977 and also because not everyone has had the same conviction as the Associació Catalana d’Ex-Presos Polítics del Franquisme and other associations and initiatives. There is still much work to be done, despite interesting documentaries such as Desde el otro lado del charco, by datecuenta.org, which has just been released;  Un padre (Victor Forniés, 2016), Avi, et trauré d’aquí (Montse Armengou and Ricard Belis, 2014) and El camí d’un protocol (Carles Seuba, 2013).

The database emerged from the need to know what happened to the members of our family, how far the scope of the repression reached and who specifically suffered it; a need and a right to know that clash with the difficulty of access and the fragmentation of the information. For Natalia Lemos, of combatientes.es, the dispersion of the documentation across a host of archives and the difficulty of finding information on her grandfather led her to produce the guide Cómo realizar una búsqueda (How to conduct a search) containing dozens of useful links.

The centralised database initially includes documents relating to fatal victims, victims of enforced disappearances and victims of repression during the Civil War and the Franco regime. At present, the fundamental characteristic is a name search, but tools for consultation and possibilities will gradually be added. Equally, we will work to harmonise and relate the documents available. We are in the process of integrating into one single website hundreds of documentary sources and collective historical memory initiatives that are highly diverse in terms of size and geographical location around Spain. We have datasets containing tens of thousands of documents, others containing a few hundred and yet others with just a couple of dozen. For example, there are documents from local history research and others from state archives.

The database has two added values: (1) it only includes documents for which the research reference – whether of a project by some institution or individual authorship – can be cited and, whenever possible, a reference to the archive where they can be found, and (2) everything is accessible by way of a click.

One inspiring project is SIDBRINT (Digital Information System on the International Brigades), a University of Barcelona database with documentary information on over 19,000 brigade members, with over 1,500 documentary sources. Members of the International Brigade in the British cookhouse at Albacete, 1936-1937 | Imperial War Museum | Domini públic

Some public authorities have implemented diverse initiatives to raise awareness of the Francoist repression. For example, Galicia has the project nomesevoces.org which, via an agreement between the three public universities and the Galician Government’s Ministry of Culture, implemented in 2006 the creation of a database of the Galician victims who were killed or suffered reprisals. Today the list can be consulted and even downloaded in a file.

The Government of the Basque Country also publishes a “list of people who died, were shot and/or disappeared in the Basque Country during the Civil War and the Franco dictatorship” and has centralised all activity around the subject with Gogora, an Institute for the Memory, Coexistence and Human Rights.

The Government of Navarra has gone a little further and through its system of archives has indexed, with name and surname, over 42,000 files of fighters in the Civil War and has published online over 1,500 conviction and acquittal sentences of the Court of Political Responsibilities, all digitalised in such a way that they can be fully downloaded. It is worth saying that this court made judgements in line with the law of the same name, passed in February 1939 “recognising the need for the spiritual and material reconstruction of the fatherland”, with the aggravating circumstance of it being made retroactive to 1 October 1934.

As for archives, for military personnel alone there are twenty-eight in the whole of Spain and each one often conserves documentation of a certain fragment of life: recruitment, troop, command, affection or disaffection according to references, military trial, deprivation of freedom in prison or concentration camp or disciplinary battalion of working soldiers or disciplinary battalion of convict working soldiers, among others.

Equally, there are archives of many other types: autonomous region, county, municipal, judicial, ecclesiastic, parish, etc., and in every one of them there lies a possibility of finding documents related with the Civil War and the Franco Regime, evidencing a stay in prison, at a blood hospital, and death due to wounds or accident or by execution following a war council or through some extrajudicial means.

Even so, it seems that no political interest exists in preserving the collective memory with a comprehensive overall view. It is also important to recognise the work of the archivists despite the lack of resources, so we are very pleased that the project has the support of the Associació d’Arxivers i Gestors Documentals de Catalunya.

One of the datasets that we have included is the list of judicial reparations for victims of the Franco regime, with nearly 70,000 entries, published by the Arxiu Nacional de Catalunya (National Archive of Catalonia – ANC) last July in open data format. The ANC published this file following the passing of Law 11/2017 of judicial reparation for the victims of the Franco Regime, which declared military courts illegal and the sentences and resolutions of proceedings instructed for political reasons symbolically null and void. More laws as brave as this one are needed to promote access to information from the Civil War and the Franco era in a reusable format. Following this publication, dozens of people who have accessed the ANC’s list have discovered the names of family members who they did not even know had suffered reprisals. We aspire to ensure that our database also has this effect.

Innovation and Human Rights, with the publication of this database, aims to play its part in helping support truth, justice and reparation. If you are a researcher and would like us to publish your data or want to share your story, please write to us at [email protected]. 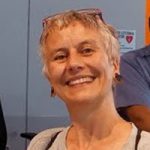 Data journalism expert. She has been the coordinator of BTVDatalab and collaborated with epops.cat. She is the cofounder of opengov.cat, the transparency project for the Catalan government.

Gathering, filtering and visualizing what is happening beyond what the eye can see has a growing value.

Data and the Humanitarian Crisis

Data and journalism help to provide context and information on the harsh situation of refugees.