If words, old words, traded at the stock market, we would find that in recent months one of them would have achieved its highs. It is not Web 2.0, because it is neither a word and it is not a common one, though by overuse it very well deserves to be in ranking. The word you seek is “participation.” If every time someone uses it or says something like “participatory tool’ or ‘participatory use’ one cent was given to an NGO in a few weeks would have a new power in the third sector. Although it is true that many of the investors of this hypothetical index of words would have sold their holdings of “participation” just a day after the consultation of the Diagonal. That’s the stock exchange for you.

Here we bring the story of an innovative experimental activity. And, of course, a participatory one. Doubly participative, both phisically and online. These are the voting sessions of urban policies that were made during the International Postmetropolis Cerdà Congress, that were hosted at CCCB between 8 and 11 June. These sessions meant that participants were put at the place of urban planners. Faced with specific caseloads, thet had to make a decision between the various available options, which were then discussed by the experts invited to the sessions. The novelty here is that, just as it is was done with all the committees of Congress, voting sessions could also be followed live online. So if those attending the CCCB area could follow the debate and were able to vote using a remote control that provided them, those who remained at home also had the option of voting via the chat that accompanied the streaming.

The experiment was successful and, above all, it was fun. While votes were added to the overall and the debate that took place at the hall was followed, net users developed a parallel discussion via chat and even dared to ask questions to the table. A very interesting door is being opened for cultural institutions. The activities taking place, simultaneously, are created at several levels. Parallel discussions can end up surviving and replacing the main debate. Will we find ways to take advantage of the amount of possibilities? Will we be able to generate truly participatory programming? 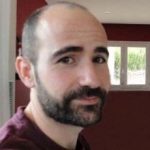