For the last few decades new spaces have been emerging for constructing identity that are leaving behind the total domination situation of a century ago. In the face of this, a broad group of people who should find it easy to be what they want to be feel that they are facing insurmountable barriers. These are the reactionaries: white, heterosexual, middle-class men who consider that a cultural and social hegemony exists that robs them of the right to be as they want to be. However, the indicators point to them still having it easy in terms of being successful, making choices and living their lives.

Identity is a slippery concept

In wealthy countries like our own, with free access to information, constructing a self-tailored identity appears to be quite simple. At least upon first glance: choose from among typical own features; ignore, question or modify those we do not feel comfortable with; strengthen the others; select from the unlimited symbolic and cultural menu that globalisation puts at our disposal. In short: decide.

But this power has something of an illusion about it. Firstly, nobody is a blank sheet. For example: if we are born with male reproductive organs but we feel and want to belong to a different gender category than that of “man”, the procedure we need to follow is neither free nor simple. Quite the contrary: it is a complex path and one that involves costs, not just benefits. Both will mould what we will be. Another case: let’s imagine that we grow up in a particular country, but that at a given point during our youth we move to another, where we intend to build a life and a career. Now we are immigrants. This category is now part of our identity whether we like it or not, and we must deal with this new position. Again, costs appear together with the benefits, yet we are not the ones who decide how much they total, nor when or how they may become unaffordable. In fact, sometimes they become insurmountable barriers. Simply put, we do not all enjoy the same opportunities for implementing our decisions, to choose this or to leave that, and thus make our life trajectory into a perfect collage. There are places and conditions that many will be unable to reach even if they wish to and try to. With the consequent result: frustration in some cases, acquisition of an ideological position in others, even indifference. In short: certain paths still exist that are more well trodden than others, and leaving such paths is far from being free of charge. It is there where identity escapes the hands of individualism to come up against what sociologists like to call “structure”.

Few readers will be surprised by this appreciation, which will sound almost obvious for many. Constructing one’s own identity is, in many cases, an arduous process that does not take place in a perfect vacuum. Nothing new, until now. Most of us know it, or intuit it, and battle with it in one way or another.

What does turn out to be more striking for these same readers (not surprising as they will already have found examples in their daily wanderings around the networks) is that a large group of people who would initially have it easy to be what they want to be, feel that they are facing insurmountable barriers, that the structure is playing against them. Let’s say it clearly. These are people normally associated with several, if not all, of the following features and that also want to subscribe to them actively: male, white, heterosexual, middle class. Logically, not all (not even a majority) of these people think this way, but the majority of those who do think this way share these traits. For them, there is a dominant structure that does not allow them to be as they want to be. They are the reactionaries: what unites them is their reaction to what they see as the new status quo. Reactionaries consider, therefore, that a cultural and social hegemony exists that robs them of the right to be as they want to be. Just like those belonging to certain minorities, except that the hegemony perceived by each group is diametrically opposed. In fact, the reactionary who is lamenting the current situation (it is worth remembering that many others, perhaps the majority, are not) considers that the said minorities have already won, and that with their victory, he is the loser. If he aspires to reaffirm men being in a better position than women with regard to performing certain jobs, the differences in some areas of whites with regard to blacks, the superiority of Western culture over the rest, he can no longer do so. Pointing out what is natural and what is not, how things should be, is not possible in this supposed new hegemony. And with it, they suffocate. Or at least this is what can be inferred from their constant complaints, appreciable in a not inconsiderable number of Twitter accounts, Facebook profiles, YouTube videos and, of course, in the discourses of certain parties and political leaders in Europe and in the United States.

The paradox is obvious. In reality, it is more than an illusion. Because almost any quantitative indicator available to us shows that it is not thus: we are not living under a new reign of the minorities. Rather, the sociodemographic groups to which the reactionaries belong, continue to have it relatively easy to be successful, make choices and live their lives.

However, these same indicators point to a relative improvement in the position of many minorities in Western societies in recent decades. At the same time, certain pockets of exclusion have been detected in areas where until now they were not expected, or at least they had passed by unnoticed: old prosperous and working-class areas in decadence, for example. But those who swell the ranks of the excluded under no circumstances command the epistemic reconstruction of those who claim to be reactionaries. In the best case, the de-classed are more of a weapon, or an excuse, than a vanguard at the front of any battle.

In short, new spaces have gradually opened up for an identity construction that, although a long way from being egalitarian, increasingly has to do with the situation of almost total domination of nearly a century ago. And this is how the illusion is produced: it seems that they have lost, that they are being annihilated, but in reality it is simply a loss of relative power.

Those who have gradually won a greater share disagree with each other regarding how the change has been achieved. For some it is a counter-hegemonic battle. Set up against a cultural structure interwoven into the dominant classes is an alternative that appeals to them directly, gradually winning spaces and following a more or less classical conflict structure, whose ultimate consequence should be the substitution of one hegemony by the other. For others, however, the process has been one of openness, with the dichotomy produced more between uniformity and pluralism. The red theory against the multicolour theory, one could say.

"The cultural wars were played out, and today are played out more than ever, on many fronts: the bodies of women, schools and their text books, the union of two adult people, debates on university campuses."

This debate is also implicit among reactionaries. For them, at some point during the last ten, twenty or thirty years, a new hegemony was imposed that structured identity production and had to be subscribed to without question, overshadowing those who previously dominated in the process. But this does not mean that they accept that identity can only be constructed in conflict. To the contrary: in their heart, the same division is reproduced as among their supposed adversaries. While some seem to accept with no great problem that the battle is inevitable, others agree that pluralism continues to be an ideal to be achieved, but that it has ended up tarnished by this new domination, for which not infrequently they use the (intentionally vague) epithet  “political correctness”. Therefore they are shielding themselves in “incorrectness”. They seem to be saying: “If you love heterodoxy, why do you so fear those discourses that do not fit in with your ideal? Why do you not permit offensive identities?”

Can identity be constructed in the absence of dialect, of conflict? Or was the reaction that we are observing inevitable, precisely because the threat that they perceive is real, even if it is far from being executed? The cultural wars that have marked public debate, firstly in the United States in the 1990s and subsequently around the entire Western hemisphere, could be an example in favour of the second hypothesis. They were played out, and today are played out more than ever, on many fronts: the bodies of women, schools and their text books, the union of two adult people, debates on university campuses. From their initial dynamic, of conservatives against progressives, they have moved to the pattern we describe here, where reactionaries have become a perfected version of direct attack, of the most extreme positions among conservativism, which at the same time they consider practically a traitor, a deserter from the front. One that, furthermore, has rearmed itself with arguments of a structural order.

In fact, if the construction of identity cannot be separated from the existing social, economic and power structures, it is difficult to imagine it in the total absence of conflict, in a hypothetical ideal future in which anyone can take up a palette of colours and happily, ascetically and individually choose what to be and how to be it. Without a cultural war there would, therefore, be no identity. Culture would be a permanent battlefield.

But at the same time it is difficult to imagine societies as mere zero sum games, where certain groups have to lose (not in a relative but an absolute way) so that others can win space and freedom. If such a thing were true, there would never be any emergence of new identities, any new feelings of belonging, which can only come from miscegenation. Whether we like it or not, it seems that conflict is, in short, productive for identity. 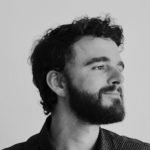 Sociologist and co-editor at Politikon, a platform devoted to looking at political and social reality from an analytical perspective.

Female Public/s: Side B of Culture

The fact is that in spite of their large numbers, women in culture function as minorities, like what Nancy Fraser dubbed “subaltern counterpublics”.