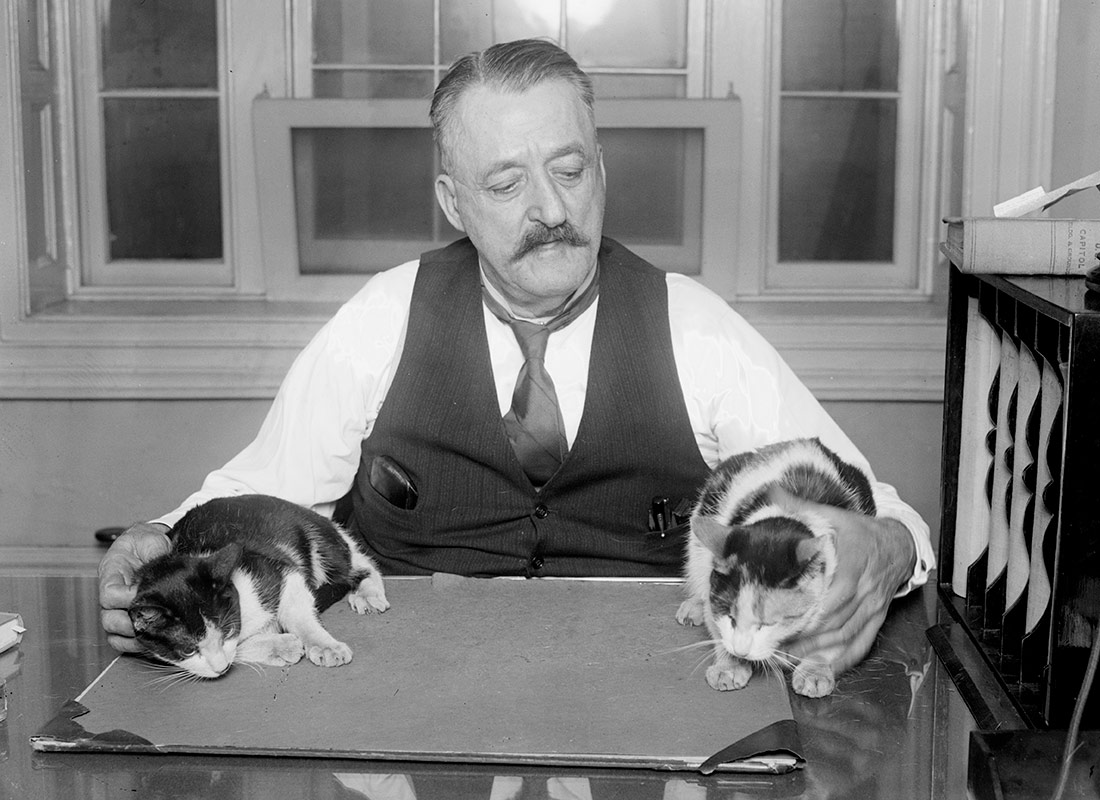 In November 1932 the Revista de Occidente published an article by Erwin Schrödinger. This anecdote enables us to reflect on how to build bridges between sciences and the humanities about the meaning of questions and answers in popular science, as well as defending the importance of the Silver Age of Spanish Physics.

“L’art c’est la nature vue au travers d’un tempérament [Art is nature seen through a temperament]. Can the same thing be said about science?” This quotation from Zola and accompanying question kicked off an article by Erwin Schrödinger that was published in Revista de Occidente in November 1932.[1] And although it may be quaint for a theoretical physicist to formulate such a question, how Schrödinger answers it is even more so. Over the course of twenty years, the creator of wave mechanics reasoned from different angles, with arguments of different types, that yes, that science is also “conditioned” by the cultural environment, as happens – and nobody disputes this – with art. So, Schrödinger presents an amendment to objectivity. It is no less striking that this text was published in Spain, in the same year that Schrödinger had explained its contents at a conference in Berlin.

Let’s stop first at one of the consequences of this proposition. When emphasising the culturality of the scientific task, Schrödinger is bridging the gap between science and art, as well as between the sciences and the humanities (if I may make the distinction). It is a strategy that is very different to the most recurrent one for that purpose: popular science outreach, i.e. the dissemination and popularisation of scientific contents to a public who, in general, supposedly represent aculturality. Popular science, furthermore, tends to make use of metaphors, illustrative and educational examples that on more than one occasion sacrifice the truth of the matter in the interests of the layperson understanding something, or at least getting the impression that they understand it. Who has never heard of Schrödinger’s cat? In 1935, the Viennese physician wrote a kind of “general confession”, following the lines of a prior article by Einstein, Podolsky and Rosen, in which he listed and discussed all the points of the new mechanics that he considered unsatisfactory.[2] With the cat simultaneously dead and alive, he tried to exemplify the pointlessness of applying the principle of superposition of two possible states of a system – fundamental in the new mechanics – to exclusive states such as life and death. Although in the atomic sub-world one could allow oneself that type of licence for want of a better explanation, in the real world it did not seem very sensible. For Schrödinger, taking it not only as satisfactory, but as definitive was equivalent to giving in to a pragmatic physics, devoid of philosophical fundaments. Such is the power of popular science that it has converted a quantum parable thought up by one of its founding fathers to evidence the weaknesses of the theory into a symbol of a new logic, of a new way of thinking about the world that has emerged from the core of the matter. Schrödinger believed that the physical concepts inherited from the Ancient Greeks – “particle”, “continuous”, “discrete” – were no longer sufficient to describe the phenomena created by the experimental techniques discovered in the 19th and 20th centuries. According to him, it was not necessary to marvel at a fantastic and mystically contradictory reality, but to renew and refine the conceptual tools to make it appear newly clear and distinct. The cat, therefore, came to the world with the mission of showing that those tools were obsolete and not to amaze the non-specialised public. Let’s look now at another curious aspect of the lecture that Schrödinger gave in Berlin in February 1932. The speed with which it must have been translated and then published in the Revista de Occidente evidences connections between Germany and Spain or, more specifically, between the editors of the publication and the cultural world of Berlin. I do not know what the connection was in this specific case but it is known, for example, that Xavier Zubiri had met the Viennese physician when he attended his classes on Quantum Mechanics in Berlin two years earlier. Also, Blas Cabrera, an expert on magnetism, at that time was enjoying great international renown and this had led him to coincide with the most important physicists of the time, including Schrödinger; from 1928 he formed part of the scientific committee of the famous Solvay congresses. In fact, that interest in the figure of Schrödinger must be set within a more general interest in the sciences that resulted, in the 1920s and 1930s, in the formation of the first groups for physics research in Spain, as well as visits by physicists of the stature of Sommerfeld, Einstein, Marie Curie or Schrödinger himself. In the 1920s, the Rockefeller Foundation considered the drive of Spanish physics sufficiently important for it to fund the construction of an Institute of Physics and Chemistry with first-class facilities. Before the country’s Civil War, Spanish pioneers in modern physics such as Miguel Catalán, Enrique Moles and Julio Palacios, worked here led by Cabrera himself. This was what is known as the Silver Age of Spanish physics, in correspondence with its literary counterpart (which was given its name with a view to the Spanish Golden Age), usually situated between 1900 and the outbreak of war. It was an era and a set of personalities that are generally unknown today in Spain, even among physics students and professionals. This is probably nothing more than proof of the efficacy of the Franco regime in erasing tracks that, moreover, could hardly have continuity.

But the dictatorship did not erase the tracks of the other Silver Age. Unamuno and Ortega y Gasset are two of its most conspicuous representatives. The latter, the founder of the Revista de Occidente, probably had a lot more to do with the selection and publication of the article that we cited at the start of this text. The former, Miguel de Unamuno, is often remembered by his “Let them be the ones to invent”, with which he shrugged off the craze for admiring scientific and technological development that was coming from Europe, especially from Germany. I don’t believe that it can be said that Unamuno was anti-scientific nor that he was entrenched in the positions of a modernist man of letters. He was simply attacking incipient gullibility in the face of any technical invention and faith in an omniscient science. In any case, the two authors merited the attention of Schrödinger, the humanist physicist, and he cited both of them on more than one occasion. And, in fact, we have evidence that he coincided with them during his visits to Spain in 1934 and 1935. In effect, probably thanks to his Spanish contacts, Cabrera and Zubiri, in 1934 Schrödinger received an invitation from the secretary of the Summer University of Santander, poet Pedro Salinas (another silver-aged plume), to participate in the second edition which was to be held that very year.[3] Schrödinger accepted and in his answer to Salinas he proposed to talk about the same subject as at his lecture of 1932. It was not a bad idea, because the Menéndez Pelayo International University brought together experts from different disciplines with a vocation of interdisciplinarity. However – and I don’t know why Schrödinger’s proposal did not prosper – in the end he limited himself to teaching a classical course on Wave Mechanics, but with the cat already revealing its ears in some critical comments. He liked the coast of Cantabria so much that he decided to return the following year with his wife, Annie. Together, in their BMW, they drew a big eight around the Spanish roads network of the Second Republic, with its centre in Madrid (where he taught more courses and lectures), visiting, among other cities, Valencia, Alicante, Granada, Seville and Salamanca.

In Santander, during his first stay there, Schrödinger coincided with Ortega y Gasset and with Unamuno.[4] In the case of the professor of Salamanca, to whom tribute was being paid as 1934 was the year of his retirement, he was the star of the University during the two weeks that Schrödinger stayed there. We have evidence that the latter heard him say a phrase he would then quote on more than one occasion: “If a man never contradicts himself, the reason must be because he virtually never says anything at all”. It appears, for example, in a decisive chapter of his short book What is Life?[5] It is a sentence that fits in very well with the critical stance that the controversial physicist had adopted with respect to his own creation, Wave Mechanics, and that encourages one to think beyond the prevailing objectivity. Unamuno detested the kind of popular science that relegated the question, the doubt, to the background, to a mere methodological function. And some attempt at avoiding that can be found in those texts by Schrödinger with more of a popular science approach. If science, supposedly, represents the question, the doubt, how is it possible that popular science consists basically of answers?

[3] Sánchez Ron, José Manuel. 1992. A man of many worlds: Schrödinger and Spain. In Erwin Schrödinger. Philosophy and the Birth of Quantum Mechanics, eds. Michel Bitbol and Olivier Darrigol, 9-22. Paris: Frontières.

Lecturer in Physics at the UB, and also a specialist in the history of quantum physics.