Public libraries can be considered as a meeting place and space for group debate and research; community hubs where librarians are taking on ever more active roles. Recently, there have been experiments in which the most open and participative ways of approaching science have been converged with and been nurtured by the essence of public libraries. This article proposes defining public libraries as spaces where people, groups and communities can practise citizen science of value at the individual, community and local level. It is the first in a series about citizen science based on the experiences of OpenSystems.

A recent large-scale survey, conducted in 2018 by the United States’ Public Library Association, detected a decrease in the pride people feel in their public libraries. It also identified differences between the services offered and those requested by library users. The study expressed a certain consensus that public libraries and their uses need to be redesigned so that, as well as being quiet places that offer books and Internet connection, they can also be shaped into community hubs in which library professionals begin to take on more active roles.

There is currently an energetic debate going on regarding public libraries. At the same time, different initiatives are cropping up such as “Libraries as Community Hubs for Citizen Science”, promoted by the online Citizen Science projects platform Scistarter – the world’s largest such platform – and Arizona State University in the United States. The initiative seeks to empower library professionals with the tools, knowledge and skills they need to introduce “citizen science” (the practice of involving non-expert citizen scientists in tasks pertaining to real scientific research projects) into public libraries.

The Librarian’s Guide to Citizen Science, produced as part of the abovementioned initiative, provides resources related to citizen science as well as practical instructions for carrying out activities related to existing citizen science projects. One example of this is “Citizen Science Day”, held every 13 April in the United States and for which hundreds of online and face-to-face activities are organised. The purpose of the Guide is to encourage library users to participate in citizen science projects (either in-person or online via the Scistarter platform) in which they are asked to observe and monitor all kinds of natural phenomena. The initiative also involves offering kits to library users, which are being prototyped at the time of writing this post. The kits, which are loaned out in the same way as books, contain all the material needed to collect observational data in accordance with the protocols of a specific citizen science project.

Meanwhile, although the most widespread model of citizen science is based on a “participative paradigm” that requires citizen scientists to help with the task of data collection, there are also a growing number of cases in which citizens are more closely involved in the different stages of research. And then there are people, such as Alan Irwin, who consider that science (or at least citizen science) should respond to public concerns and needs while recognising and validating the scientific knowledge produced by citizens.

For example, with a public library in the Bronx (New York, United States) as the centre of operations and with similar strategies to those used in reading clubs, a group of local residents have spent two years documenting experiences of violence, discrimination and mistreatment against non-white people by the New York police. The project Morris Justice has so far opened the door to the landmark Floyd versus the City of New York lawsuit and launched the campaign for the approval of the much disputed Community Safety Act, aimed at introducing reforms to bring an end to discriminatory policing in the city.

Stop and Frisk in the South Bronx | The Illuminator

Much closer to home, at OpenSystems, together with the Barcelona Regional Council library network and as part of the Bibliolab programme – with which the CCCB has participated through the Internet Universe project – we have created the pioneering project “Citizen Science in Action”. Firstly, professionals from twenty-six libraries have codesigned a citizen science project recommendation platform adapted to their own requirements and based on projects that they have chosen, tested and even implemented in their own libraries. Secondly, the libraries of Olesa de Montserrat, Granollers and Fort Pienc (Barcelona), including library users and librarians, representatives of the social fabric (associations and people involved) and, later on, people from local government (local or district councils), have cocreated a citizen science project to address a concern shared by all three municipalities: access to housing. During the cocreation sessions with the committees from each municipality, the library professionals have taken on the role of facilitators in processes to transform their towns or neighbourhoods through citizen science research. And such efforts have also built up the skills of these professionals.

The research we propose, and which has been designed by the whole community, will see libraries coming out onto the streets between the end of May and beginning of June 2019. As they take over the public space, they will invite members of the general public to share their thoughts. The idea is to talk directly to local residents to gather new scientific data regarding access to housing, related to research topics and questions that have arisen during the cocreation process: public intervention in the rental market, the impact of empty flats or access to housing by vulnerable groups of society. The data collected will then be interpreted collectively by the cocreation community and turned into proposals for each of the municipalities during June and July 2019.

In fact, libraries should be of great interest to any scientific research that involves the kind of participation seen with citizen science. Public libraries are attractive because they are a place of knowledge that transcends the limits of different disciplines, as well as being transcultural and transgenerational. If we look at the few examples that are beginning to spring up in different places and which we have talked about in this post, we can see that public libraries hold much as-yet-unexploited potential as places for generating valid knowledge at the local level which can then be duly stepped up and implemented on the global scale. They also have a huge capacity to nurture social changes and improvements through curiosity, knowledge, culture and science. No less importantly, library professionals have the opportunity to act as intermediaries between curious local citizens, municipalities and scientists. They have the privilege of being able to listen to the concerns of local residents and take on a key role in strengthening the sense of community, through the co-creation of new knowledge with a clearly visible aim and impact.

Many of us who defend this remodelling of public libraries agree with the words of Franklin Delano Roosevelt, who said that “libraries are essential to the functioning of a democratic society”, as well as being “the great symbols of the freedom of the mind”. Known as the president who introduced the New Deal, which brought an end to the great depression through social reforms which were highly experimental at the time, the words of this American leader ring out strong and clear when it comes to envisaging libraries as places of action for citizen science. The time has come to fill libraries with participative knowledge. What are we waiting for? 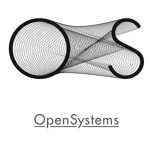 If all the information we need is already available on the internet, what can libraries offer? Four libraries in Seoul use books to generate physical experiences that dispense with screens.