In the midst of the digital revolution, universities are no longer the exclusive domain of knowledge and of learning. But where does this leave essentialist science that is driven purely by curiosity? How can the existing frameworks and dynamics of scientific research respond to this changing scenario? Can we envisage a less hierarchical type of research? Does it make sense to consider other possibilities? Citizen science, which puts research in the hands of citizens, answers all of these questions.

Amateurism and curiosity were the main driving force behind science until well into the nineteenth century. Astronomy and botany are fantastic examples in which the altruistic, non-expert contributions of thousands of people led to the discovery of new stars or new species. Then, in the twentieth century, science very rapidly became much more professionalised and technical, with an increase in the number of disciplines and specialisations that aim to obtain very specific, precise knowledge.

This change went hand in hand with a greater need to communicate and transmit the results of specific research so that it can be understood by the general public or simply by other scientists outside of a particular field. At the same time, in Europe, there was a drop in the number of young people interested in studying science. The European Union expressed its concern in the Rocard report, where it recommends other ways of teaching sciences, engineering and mathematics based on the idea of Inquiry Based Science Education. Meanwhile, traditional science museums that were designed to look after a heritage that largely revolves around the natural sciences have gradually given way to the new model of “science centres” based on interactivity, which certainly brings visitors closer to the phenomena studied by science, but only through buttons or gadgets that trigger the same process over and over in a spotless cubicle.

Towards a more “democratic” science

It is odd that there should still be such a solid vision of science in this hyperconnected world that is so fanatical about sharing and spreading information. Can the democratisation of knowledge, as championed by digital culture, influence the world of research and the scientific method?

Some cultural institutions that present themselves as spaces for research and knowledge believe that the answer is yes. Enthusiastically and without inhibitions, each with their own peculiarities, Ars Electronica and its Futurelab in Linz, FutureEverything in Manchester – led by university professor Drew Hemment –, the Waag Society in Amsterdam, the Science Gallery at Trinity College Dublin, Medialab Prado and its citizen laboratory in Madrid, and the CCCB itself are some examples of working with a fresher and more spontaneous approach. They operate with a certain freedom and flexibility that seems hard to find in universities.

Citizen science for and with society

It is difficult for highly regulated spaces such as universities and research centres to take the kind of step that these centres have taken. Nonetheless, over the past five years there has been a boom in what is known as “citizen science”, which seeks to strengthen the relationship of science with and for society. There are many definitions of citizen science but the European project Socientize, led by the University of Zaragoza, suggests this one:

Citizen science refers to general public engagement in scientific research activities when citizens actively contribute to science, either with their intellectual efforts or their knowledge or their tools and resources. Participants provide experimental data and facilities for researchers, raise new questions and co-create a new scientific culture. While adding value, volunteers acquire new learning and skills, and a deeper understanding (…). As a result of this open, networked, transdiciplinary scenario, science-society-policy interactions (…) are leading to more democratic research based on evidence-based decision making.

The term citizen science appears to have been first used at Cornell’s Laboratory of Ornithology sometime in the 1980s to refer to the overwhelming and still growing number of naturalists who observe and collect population data on all kinds of bird species. These origins echo nineteenth century amateurism, but adding an element of activism in terms of the desire to conserve the biodiversity of our planet.

Nonetheless, the real citizen science boom came well into the twenty-first century. It began with the successful response to the call for participation in the Seti@home project, which began in 1999 and uses the interconnected computers of volunteers to search for signs of extraterrestrial artificial intelligence. This project inspired the University of California Berkeley to set up a volunteer computing platform which can match the power of any supercomputer (in March 2013 it had a capacity of 9.2 petaFLOPS, eight times greater than the current power of the supercomputer MareNostrum at the Barcelona Computing Centre). The platform BOINC, created in 2002, currently hosts some twenty scientific projects. Thanks to the internet, voluntary computing is spearheading the growth of citizen participation: from hundreds or a few thousand volunteers in naturalist projects to hundreds of thousands of volunteers in the digital age.

BOINC is now starting to reap its most valuable rewards, and the results of its projects are being published in leading scientific journals. Einstein@home, which began 2005, uses the computers of 250,000 volunteers to search for pulsars in the data of the LIGO and GEO600 gravitational wave detectors. In March 2009, volunteer Helen Colvin in Iowa detected the signal of an unknown pulsar, and three days later it was corroborated by a computer at the Music Informatics Department at the University of Mainz. The discovery ended up being published in Science on 12 August 2010.

The success of these cases is forcing the scientific community to do some soul searching. The infrastructures and methodologies used in these projects are a big departure from current scientific procedure. In both citizen science and volunteer computing, the first thing that has to be done is to motivate the volunteers and make them part of the research process as a whole. The classic one-way model that scientists use to communicate with society no longer works in these cases, because the scientific research is affected by the communication process right from the start. And, conversely, if the scientists do not manage to transmit what is at the heart of the research, the project will fail to attract participants. This means that society validates each and every step of the research, makes it more transparent to non-experts, and allows volunteers to combine their contribution to research with a process of ongoing learning.

Furthermore, there are also other options that offer an alternative to the passive, non-conscious participation of volunteer computing. The project Foldit, for example, tries to find the correct folding pattern of proteins and goes one step further: it evolves based on the comments of participants, who claim that their eyes were able to detect the correct molecular structures faster than a computer with its iterative processes. In 2008 Foldit was transformed into an online game with 240,000 players who accumulate points and move through different levels. At the same time, these volunteers compete and collaborate in an initiative that is totally redefining enzyme engineering by means of gamification techniques. On 22 January 2012, an article published in Nature Biotechnology reported on a new therapeutic enzyme generated by collective intelligence, and Foldit players are now searching for more powerful protein inhibitors that can block the H1N1 flu pandemic and HIV (AIDS). A similar case is Galaxy Zoo, launched in 2007, which classifies the galaxies in the image bank of the Hubble telescope. The project has published results in more than twenty scientific journals and has built up an archive of over one and a half million catalogued galaxies.

There are already several initiatives of this type running in Barcelona, although there is still a long way to go. Coordinated by OpenSystems at the University of Barcelona, five research teams and twenty projects from various institutions have come together to share resources and experiences. The Barcelona Lab programme run by the Creativity and Innovation Department at Barcelona City Council has allowed us to grow, and the city council has received a grant from the Spanish Foundation for Science and Technology (FECYT) to open the country’s first municipal Citizen Science Office. The citizen science group at Barcelona Laboratory has also recently received a two-year RecerCaixa grant to explore the fruitful coexistence between research and education in the field of citizen science. The first scientifically significant results in areas such as human mobility and cooperation are due soon, and envisage the city as a space for collective experimentation. The idea is to optimise and share resources for the implementation of citizen science, the new scientific methods linked to it, and the open data policies that it requires, and to offer a common space for smooth citizen liaison. These aims are totally in line with the conclusions of an article published in Science entitled “Next Steps for Citizen Science”.

Back to the future, science as a shared passion

To a large extent, citizen science harks back to the essence of amateur science in the nineteenth century, but this time mixed with contemporary digital culture. The more radical citizen science initiatives look to the world of social innovation and open innovation, which includes ‘makers’, hackers, artists and many other subcultures of the digital world.

Safecast, for example, is a network of radioactivity sensors that runs on Arduino and was created in order to release information on radioactivity levels in Japan to the community following the 2011 earthquake, when the Japanese government was failing to inform citizens. The project arises from a community need that brings together many different interests and specific skills: citizen science in a pure state that puts knowledge in the hands of citizens, without mediation.


David Anderson, founder of BOINC, admits that “Some people think that these practices are making scientists hand over control, and that their own importance will diminish.” Taking a broader view, the Citizen Cyberscience Centre in Geneva encourages and trains scientists to approach science as a shared passion with the power to change the world if necessary. It sees a future in which research teams are mixed, and cultural management hybridises with research projects. In which research centres merge with cultural spaces and see them as part of a scientific infrastructure as powerful as CERN. Are you game? Do you want to be part of it? 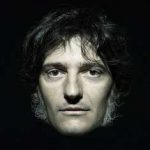 Head of OpenSystemsUB, a research group that considers citizen participation and artistic practices as a different way of doing science.