In a few short years, cultural entities have made the shift from determining how to count visitor numbers to taking on the challenge of creating cultural demand. We no longer just want to know who visits us, we also aim to ensure that culture reaches a broad cross-section of society. The cultural sector is shifting, and audiences are now in the spotlight. Two events during one week in October reflected this shift: the Arts Marketing Conference in Madrid, and the Cultural Marketing Conference in Barcelona.

The theme of the Arts Marketing conference organised by Asimétrica in Madrid from 26 to 28 October was “A Change of Mentality”. The programme revolved around the change of mentality of directors and cultural managers of cultural institutions, which work to make art and culture part of everyday life. It was based on the conviction that this shift entails a change in the internal operation of arts and cultural organisations, and in the way they relate to artists, audiences, and their environment. At the same time, it recognised the need to gain a better understanding of audiences who come to cultural centres to enjoy the arts, and of potential audiences who do not, in order to come up with a better definition of the target of arts and cultural organisations, and of their role in the community. In short, of what they are and why they exist.

The conference programme kicked off with a presentation by Sir John Tusa, former Managing Director of the Barbican Centre, who talked about the role of leadership in cultural organisations, in an increasingly complex context. A kind of leadership that believes in creative programming and efficient management, in a world where cultural centres have to contribute ideas, debate and controversy, to take on a central role in education and the community, and to be transparent. Next up, Niels Righolt from the Danish Centre for Arts and Interculture focused on what cultural institutions are like and on their relationship with citizens. If cultural institutions are to achieve the aim of making culture and the arts relevant to citizens, he argued, a change of mentality is necessary. This means rethinking the way institutions work in view of new technologies and urban growth, using culture as an engine for social innovation, and at the same time changing the use of buildings and spaces and creating a space for dialogue among citizens, while rethinking formats.

Shelley Bernstein, the brains behind the digital strategy at Brooklyn Museum, talked about making museums meaningful to the local population, and about how cultural organisations should allow citizens to question and challenge their authority. She explained that her experience has taught her that people participate in cultural initiatives insofar as they are offered a challenge, and that participation increases significantly when people see that it makes sense. Another Brooklyn Museum program that aims to integrate new technologies into the visitor experience showed them that a dynamic, responsive museum needs to have staff onsite to answer visitor questions when they come up, and also through digital media. Continuing along these lines, José Manuel Gómez-Zorrilla, the former Director of Marketing at the Picasso Museum in Malaga, argued that the whole institution should be actively involved in achieving these aims, and also advocated cultivating a long-term relationship with the local population. And Beatriz Clement, from the marketing department at Teatros del Canal, added that it is necessary to have an integrated, connected team that always listens to its audience.

One of the most interesting concepts was raised by Ben Cameron from the Doris Duke Charitable Foundation, who spoke about the dichotomy between the creation of audiences and the creation of demand. He noted that society has been changing over the last few years, and that the change has been particularly strong in our cultural activity and the use of our leisure time under the influence of technological advances. He noted that recent studies focus on deepening, expanding, and diversifying the relationship between cultural organisations and audiences, and that while the number of cultural organisations has increased over the past few years, cultural demand has dropped. At the same time, there is a lot of discussion around increasing audience participation (co-creation and co-curating), without it being altogether clear what it really means, or the extent to which it entails giving up professional control of programming. So, how do we increase cultural demand? Increasing demand means bringing about changes in behaviour, and this requires time, immersion in technology, and interdisciplinary thinking. It means swapping a short-term perspective for long-term strategic thinking, and paying attention to how we really communicate with the people who increase demand (schools, the press, communities…). And a final thought: what happens if people like the arts but they simply don’t like our arts and how we present them?

From the perspective of the analysis of cultural consumption data and specific case studies, Anne Torreggiani from The Audience Agency talked about how this change is seen in Great Britain. Data show that there is no competition among cultural organisations, that there is not much audience switching between different cultural centres, and that a lot of people go to cultural centres a few times, and a few people go to them a lot. People tend to be loyal to the cultural centres that they are familiar with. What are the objectives of cultural organisations? To generate income (for viability and freedom), to build up an audience, and to produce high-quality artistic experiences. Each organisation needs to find its own strategies in order to strike a balance between these three objectives, while recognising that different audiences have different needs.

In the last presentation, Jill Robinson from TRG Arts also drew on data to talk about audience development from the American perspective. Data show us patterns and trends, and, importantly, they can also tell us about audience loyalty. And why are we interested in loyalty? Because loyalty requires a greater commitment from each person in regard to the organisation. The data Robinson referred to show that 90% of the audiences of cultural organisations are first-time visitors who are dabbling, 5.3% are ticket buyers, and 5% are loyal customers (subscribers). The stronger the relationship with each person, the greater the retention rate. In the case of museums, studies show that it is easy for visitors to go from paying for one-off admission to becoming subscribers, but it is very difficult to get them to take the step to becoming donors. On the other hand, in the performing arts it is difficult to get casual spectators to become subscribers, but once they do it is very easy to make the leap to becoming donors. Robinson argued that cultural organisations need a strategy for demand management, which must be based on understanding the way demand affects income, on the construction of infrastructure for success, and on knowing how to manage success. The main aspects that affect demand are times (the month, day of the week, time of the day, opening hours), programming (content), and location and accessibility, with the artistic programme as the foundation for the whole enterprise, she said.

Complementing the Madrid conference, the Audiences Department at the Institut Català de les Empreses Culturals, in collaboration with Asimétrica, organised the Cultural Marketing Conference in Barcelona. Participants included Anne Torreggiani and Jill Robinson, as well as Abi Laughton from Tate Britain and Fèlix Alcaraz from the National Orchestra and Choir. For me, the most interesting aspect of the Tate presentation was their Peer-Led programme for young people aged 18 to 25,. in which the young participants conceive and organise an activity for their peers once a month, around a particular theme. Through the process of working with them, the museum has created a comfortable space for young people in the exhibition rooms (beanbags, a library, tables and chairs, plugs,…) The most interesting aspect discussed in the National Orchestra and Choir presentation was the fact that they design their seasonal programming according to different levels of knowledge of music, so that they can correctly identify the types of audiences they are addressing with each activity. For example, a school group can start by visiting the Orchestra, then it can have a musician in residence, and then attend a rehearsal of the Orchestra. Some programmes are more suitable for people with a slight knowledge of classical music, and others are aimed at people who are highly knowledgeable.

These conferences are very useful for us at the CCCB, given that on one hand they inspire us to find new ways of doing things, and on the other they corroborate the lines that we have been working on for years. These are based on identifying and communicating with audiences interested in each of our projects, with the objective of getting them to come, get to know us, and decide to return. At the same time, we try to spark the interest of other, less obvious audiences, who may decide to visit and then become regular visitors.

For some years now, much of Barcelona’s cultural sector has been working under the idea that cultural organisations are not competing with each other, and are instead attempting to collaborate and share. The most interesting aspect for me is the idea of developing demand. This is a broad, stimulating project that allows us to work in the long term and, above all, to secure audiences for culture. It is also where all cultural agents can really work in a collaborative manner. 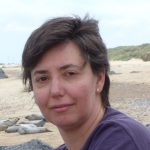 Head of the Audiences Unit of the CCCB.

The knowledge of new audiences makes it necessary to understand their needs and demands. We are still differentiating between physical and virtual audiences.

To change or to change

Just over half a decade ago, the collaborative digital technologies came into Cultural institutions, but at the same time they went through a resistance stage.

Dear audience: some thoughts on the Museum Next 2011 conference