The lack of sex-disaggregated statistics is coupled with a lack of institutional engagement with analyses on the multidimensionality and structural nature of gender inequality. Women’s lived experiences are left poorly documented, both quantitatively and qualitatively, and gender inequalities remain largely unexplained. To counteract these types of institutional deficits, the feminist movement is involved in numerous gender-sensitive data collection, analysis and dissemination efforts with a view to counting inequalities and making them count.

The lack of sex-disaggregated statistics is commonly known as the “gender data gap”. As denounced by UN Women,[1] this global phenomenon can be explained by both the insufficient funding assigned to the collection of gender-sensitive data and by a generalised lack of political will to monitor gender equality indicators at the country-wide level. It thus comes as no surprise that data is currently unavailable for 80 per cent of the gender equality indicators from the Sustainable Development Goals [2] and that standard human rights and democracy indices and databases (such as the Freedom House Index and Polity IV) continue to neglect the measurement of gender equality.[3] Even the most comprehensive democracy indices (V-Dem) capture only a portion of the multidimensional concept of gender equality.

None of these databases provide information on the share of GDP allocated to gender equality public programmes and they contain no variable measuring governments’ performance on the application of gender mainstreaming, despite it being a guiding principle for policymaking promoted by the United Nations, the OECD, the Council of Europe and the European Union. With the exception of the EIGE Gender Equality Index, country data on gender-based violence is also not integrated into international indices, even though it constitutes one of the most dramatic pitfalls for democracy in times of conflict and peace alike. Likewise, databases on corruption do not measure the ways in which its experience is gendered, with “sextorsion”, for example, being fundamentally suffered by women.

The issue of the “gender data gap” is compounded by the fact that sex-disaggregated data are often wrongly used as gender data, as if it was a mere “counting” exercise. Critically, there is a deep lack of qualitative insights into the power dynamics underpinning the complexity, multidimensionality and structural nature of gender inequality.[4] Therefore, indicators must be able to measure socially and culturally constructed roles, expectations, behaviours and needs as well as to document how gender facilitates or hinders access to resources, recognition and status for men and women, respectively. For example, as indicated by UN Women,[5] statistics alone on gender-based violence cannot capture the reasons why women do not report it, nor establish connections between violence and transportation, urban planning, or socioeconomic resources. Qualitative data would thus help us to build a richer understanding of social well-being and to identify the root causes of discrimination and subordination that hinder, in practice, equal access rights.[6]

From a feminist perspective, we must denounce the ongoing absence of any explicit political commitment to produce a knowledge capable of challenging oppressive power relations.[7] Quantifying “how many women” is as important as grasping “how” inequalities are experienced and lived by women, since counting inequalities may not automatically entail that they will be taken more into account. As Diane Nelson notes:

Counting offers the soothing objectivity of the facts, ma’am, just the facts. But then why is it that one death is a tragedy, but two hundred thousand are just a statistic? One counts, but it is insufficient. It is telling – context, milieu, identities – that makes that one (death) count.[8]

Across the world, we are thus lacking institutional commitment to gender-sensitive data collection, analysis and dissemination efforts and this is responsible not just for the “gender data gap” but also for the “gender knowledge gap”.[9] Both neglected aspects are being counteracted by feminist activists, as the following examples from Catalonia and Spain illustrate.

In the field of violence against women, Feminicidio.net collects much more exhaustive data on the numbers and stories of women murdered than public administrations do. While the latter have tended to record intimate partner killings, the former also trace the number of women killed by men with whom they did not have such a relationship, the sons and daughters killed by their fathers to hurt their mothers or the killings of prostitutes. Feminicidio.net has also created the observatory Geoviolencia Sexual, which collects detailed data on the number of rapes and sexual assaults, including gang rapes, suffered by women since 2016 in Spain, providing information on the location where the aggressions took place, the time of day, and whether they were pornified by the aggressors.

As for the experiences of violence lived, the Proyecto Cuéntalo collects the voices of survivors from 60 countries who used the hashtag #Cuéntalo (launched by journalist Cristina Fallarás), following the global viral hashtag #MeToo. Its goal is to build a collective memory that gives credibility to women’s allegations and that showcases the magnitude of the phenomenon. Similarly, Desprotegides (a project led by journalist Karma Peiró and visual editor Xaquín G.V.) gives a voice to women who denounce the revictimization they have suffered from the judicial or the police systems and the shortcomings of the social services assigned to aid the recovery of survivors, all of these being aspects defined as institutional violence by the Istanbul Convention (Council of Europe, 2011). Likewise, the Observatori de Drets Sexuals i Reproductius documents the violations of rights that women experience in this area in Catalonia.

Regarding data on women’s presence in the public domain, databases tend to record the share of women in political office and in the management boards of the largest corporations. However, efforts to shed light on women’s presence in the executive boards of small- and medium-sized companies have been carried out by businesswomen’s organisations, such as the Observatori Dona, Empresa i Economia. After all, it is these companies that represent the largest proportion of the economy and that employ the most workers. Other areas of public life remain largely gender-blind in terms of data collection. This is why the feminist movement has launched a range of different initiatives. For example, the collective #OnSónLesDones began a campaign three years ago to denounce the underrepresentation of women as opinion-leaders (in television, radio or newspapers) in the Catalan mass media and the lack of institutional monitoring of such inequality. #OnSónLesDones advocates counting as a political act aimed not only at raising awareness about the power differential underpinning the unequal capacity to bear influence on how social and political issues are dealt with but also at exposing the array of excuses provided by the media for not “finding” women even though we represent over half the population. Counting for raising awareness and urging public administrations to take action has also been used by other feminist groups in the fields of cultural, visual arts and cinema productions, music festivals, sports, and academia, among many others.

Lastly, the “gender knowledge gap” also stems from the insufficient attention paid to gender inequalities in the private domain by official statistics and to the fact that extant data in this domain are disperse and rarely put in relation to the inequalities in the public domain. Again, feminist action is meeting such a need. For example, Observatori IQ contributes to the production and dissemination of statistics that expose the differences and inequalities between women and men in various areas of everyday life, with a view towards introducing a gender perspective into social and political debates. This is also the case with the collection of indicators on feminism, published in the journal IDEES by the Centre d’Estudis de Temes Contemporanis. The collection was compiled by Observatori IQ with the journal team

To conclude, both the “gender data gap” and the “gender knowledge gap” must urgently be closed in order to hold governments to account and to document how democracy is failing women. Data collection and research efforts also need to unpack the internal diversity of the subjects “women” and “men” to avoid essentialising differences and to account for multiple discriminations. Without such feminist optics, evaluations regarding the quality of democracy and people’s well-being will remain partial and strongly biased. 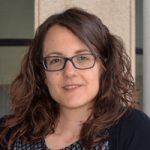 Director of the Equality Unit and associate professor of Political and Social Sciences at Universitat Pompeu Fabra (UPF).

Data and the Humanitarian Crisis

Data and journalism help to provide context and information on the harsh situation of refugees.