We are drowning in dystopian visions of the Internet with attacks of privacy, free speech and personal security that were unthinkable only a decade ago. Someday, we will look back and ask: who saved the Web? And we will remember that it took a combination of enlightened educators, hackers and innovators, global activists, and determined policy makers to protect one of the most important and promising human creations of all time.

Suddenly the Web was there. For those who remember a time before the Web, around 25 years ago, getting online for the first time was like getting a passport to a new world.

The number of webpages was still small enough that you could organise them in topic indexes, and you had the feeling that you were contributing to its greatness every time you created a webpage or posted a comment. We weren’t just exploring a new world, we were building it together. Today, people are creating, uploading and sharing information like never before, but the Web is so vast that our individual contributions feel like drops in the ocean. Our input is valuable only for a moment, before it is washed over by other sights, sounds and impressions.

Anyone who arrives on the Web for the first time today is confronted with its enormity. How can something so big once have been small? We take the Web for granted. We don’t appreciate how lucky we are that it was designed to be so free and open that anyone could build a website or send an email, that anyone could describe an injustice and have a realistic chance at being heard worldwide. We don’t really understand how it works or where it came from or why we need to protect it. Some of us don’t even know that there is a Web beyond Facebook.

Like the oceans, the Web is polluted. We have allowed all kinds of big industry and sewage to pollute its waters. And like the environmental movements of the world, we now need to untangle where the damage comes from, educate people about what they stand to lose, and work on the regulatory frameworks that will protect the Web’s delicate ecosystems.

There are now 1 billion websites in the world. But around 75% of them are inactive, and most of the remaining 25% are rarely visited by humans. We don’t even know if they were made by humans. Computer robots have been trained to exploit every possible opening for financial gain through online ads, spam websites and domain-name squatting. We are tracked and monitored by ad companies as we browse the Web, slowing down our movements. The search engines we use are controlled by algorithms that favour content from the most popular (or highest paying) sites in a self-reinforcing manner. We don’t click on links, explore or seek other perspectives.

As consumers, we spend most of our time online using free apps and social media sites that encourage us to stay within walled gardens where they track our behaviour and keep us entertained with videos, political banter, gossip and other snacky content.

Everyone should have access to the Internet, because under the right conditions the Web drives economic progress and knowledge. It is where new businesses bloom, where government transparency and efficiency is growing. It is the most important venue for global culture and information, where official histories live alongside people’s personal narratives, and where a free university education is available to anyone with the time and interest. It is where people are empowered to make better health decisions and can seek advice from peers to prosper in all trades. It has made the world smaller, changed the balance of power between citizens and governments and enabled everyday communication across borders.

But depending on how the Internet expands it could lead us in a more dystopian direction. Phone companies would like to sell access to different parts of the Web at different prices, slowing down or speeding up access to certain content for commercial gain. Governments who fear outside influences wish to create their own local versions of the Web, or at least to switch it on or off as they please. Censorship is on the rise and surveillance in the name of national security knows no limits. Personal information and credit card numbers are routinely exposed by hackers targeting banks, commercial services, and various government databases.

U.S. whistleblower Edward Snowden did the world an enormous favour in 2013 when he proved that mass surveillance of our global communication and whereabouts is a reality. But very little has changed as a result. We have been lulled into trusting that technology is neutral, that we have nothing to hide, that free things are given to us without strings attached. Privacy is at last becoming a mainstream concern around the world, but many people feel its already too late.

The risks are endless when you consider how the Internet seeps into nearly every aspect of our lives. We carry our mobile phones wherever we go, and our homes are full of “things” that connect to the Internet, including loudspeakers and electricity systems. Our cities are also becoming “smarter”, with surveillance cameras that detect movements, cars that steer themselves around obstacles, and police that try to stop crimes before they happen. Even the air we breathe is affected by the carbon footprint of global Internet servers.

Everyone has a stake in what happens. Even the four billion people who are still offline will probably soon have their fingerprints recorded and stored in online databases owned by governments and managed by big corporations. More than 90% of adults in India had their biometric data added to a national database before there were ever any guidelines for how the data may be used, whether people need to consent, and how to account for misuse.

The slow pace of rights regulation compared with the speed of technological change is applicable to almost everything. Even the Internet itself has no founding document or constitution. The Web’s inventor, Sir Tim Berners-Lee, argues that we should have a “Magna Carta for the Web” that would be globally adopted. Enough people have made similar arguments over the years that researchers at The Berkman Center for Internet & Society in the United States recently completed a study comparing 30 attempts to write “digital constitutions”.

The top three rights appearing across all the texts are:

The existence of a Magna Carta or People’s Charter for the Internet, alongside a declaration of the Internet as a human right, would be helpful in framing global discourse, but much more needs to happen. Countries follow the examples of other countries, for better or worse. We need democratic countries that believe in free speech to lead by example, and stop perpetuating double standards when it comes to mass surveillance or targeted surveillance of individuals who are not suspected of any crimes. Privacy rights should apply to everyone, everywhere.

In all societies, we need policy advocates to fight for net neutrality, which is the principle that all content on the Web should be shown on equal terms with all other content. In a study that examines net neutrality regulation in different countries, Chris Marsden from Sussex University says it is genuinely important to steering mobile Internet ventures in the right direction. In June, a U.S. federal court ruled that the Internet should be treated as a public utility, like water or electricity, something everyone in the country ought to have access to.

We need consumer rights organisations worldwide to fight for data security standards to be enforced, and the rights of individuals to be protected. We also need the algorithms that affect our lives – in banking, online news or even on Facebook – to be transparently explained. There is no aspect of digital expansion where we can let down our guard as citizens and consumers.

An explosion in mobile phone ownership promises to connect many of the world’s poorest people (80% of Africa is still offline) but many governments have also been quick to introduce mandatory SIM card registration making private communication tricky. Meanwhile, it’s hard to imagine that the next big software innovation or Web platform will be created on a phone. No matter where they come from, people need computers and digital literacy education. Thankfully, civil society movements worldwide are gradually beginning to fight for digital rights alongside women’s rights, student rights, press freedom, peace and almost every other issue.

The Web is a great equalizer but as long as digital divides persist it can also reinforce social biases or injustices. The ICT policies created around the world to push for faster and more affordable access to the Internet, like lowering taxes on technology or stimulating competition between telecom companies, need to be written in ways that respect human rights (see the African Declaration for Internet Rights) and especially support women and rural citizens in getting online. They also need to be openly shared and reviewed in public.

All this is to say there is hope for the Web. We need to rein in the bad behaviour that threatens to hurt us and support the parts of the Web that are most important to us. For too many years, the Web was just something we used and not something we learned about in school. Everyone needs to understand that we have a civic duty to protect the Web and make it a better place.

We need to participate in the online expressions of local language, news, literature, music and culture and keep fighting for faster, more affordable Internet for people who are still not online. The Web is the television, newspaper, library and global archive of the past and future. We are all responsible for it, and we humans can fix it just as well as we created it in the first place. 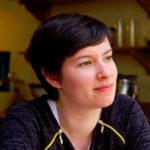 Editor and activist for digital rights specialising in the use of the web and citizens’ media.