Woman sleeping in her bed | simpleinsomnia, Flickr | CC BY

The scientific community has yet to reach a consensus on why we sleep, what happens when we sleep and what exactly it is that sleeps. This lack of agreement confuses our perception and clouds current interpretations of sleep. And the fact is, that in the last sixty years, the simplistic notion of a sleepy, switched-off brain that enters a state of deep slumber for the sole purpose of restoring its function has been displaced by an avalanche of empirical evidence pointing to an active brain and sleep with multiple physiological functions.

Let us imagine that, rather than blindness, it was insomnia that inspired the dystopian society of José Saramago’s novel Blindness; cities inhabited by unsleeping humans, stuck in a permanent state of wakefulness. Intuitively, we could foresee that for the first 24-48 hours the subjects of this novel would be tired, sleepy, subject to mood swings and loss of memory, attention and concentration. We also know, from horrifying cases such as that of Randy Gardner, who set a Guinness record when he stayed awake for 264 hours, that, after the first few days, people would begin to experience hallucinations, behavioural changes and involuntary micro-sleeps. It would be easy to construct a dramatic plot inspired by individuals who would become socially isolated, unable to regulate their emotions and more intolerant of pain. The ending, however, would be inescapably fateful: they would all certainly die from lack of sleep.

A more tragic outcome than Saramago’s, but a realistic one. Little has been said about the after-effects suffered by Gardner. Or how, for safety’s sake, the Guinness Book of Records stopped recording records for voluntary staying awake. In fact, sleep deprivation is a well-known form of torture used because it leaves no marks on the skin (we could debate whether it leaves marks on the brain) although it is not at all reliable as a coercive technique, if we take into account that lack of sleep can make us acknowledge and confess to something we have not done, up to five times more than if we have slept.

Not sleeping kills and, to the surprise of many, it does so by causing disturbances that have nothing to do with the central nervous system. A group of neuroscientists led by Dr Dragana Rogulja of Harvard University recently discovered that total sleep deprivation over a period of a few days or weeks causes irreparable damage to the gut (and not to the brain, as one might expect) that is lethal to the body.

This extraordinary finding was unexpected even by the researchers themselves. Let us not forget that sleep is considered primarily a neurological process. In fact, we need only look at the symptoms suffered by the protagonists of our novel to see that the nervous system does indeed suffer the consequences of prolonged wakefulness.

But then, what is the relationship between sleep and the brain?

Why is sleep critical to my survival? | Dr Alka Patel and Dragana Rogulja

The thousand and one functions of sleep

When we sleep, far from falling into a dormant state, the body passes through two stages that have different muscle tone, brain activity and involuntary eye movement. These are the REM (Rapid Eye Movement) and non-REM sleep. In each sleep cycle, the brain alternates between these REM and non-REM periods, although neuronal activity never stops. In fact, it is particularly frenetic during the REM stage, where we find electrical wave patterns characteristic of states of attention and concentration.

During these cycles, the brain performs various tasks such as restoring nerve cell connections, reorganising information and consolidating memory, but many of the other functions it carries out are unknown. Recently, a team led by Dr Appelbaum at Bar-Ilan University discovered that when we sleep, neuronal DNA that has been damaged during long periods of wakefulness is repaired by the same neuronal activity. This action is necessary to ensure the proper functioning of nerve cell nuclei and could explain poor memory or lack of attention when we don’t get enough sleep. So important is this maintenance that when DNA accumulates a large number of errors during the day, the brain induces sleep in order to correct them.

But the potential of a sleeping brain does not end there. Creative thinking is another cognitive function that has historically been linked to sleep. Artists and thinkers have recognised the benefits of napping which, more than just rest, provided them with inspiration and answers to their dilemmas.

In order to benefit from slumber with a key, you must seat yourself in a bony armchair (…). Your two hands must hang beyond the arms of the chair (…). In this posture, you must hold a heavy key which you will keep suspended, delicately pressed between the extremities of the thumb and forefinger of your left hand. Under the key you will previously have placed a plate upside down on the floor. Having made these preparations, you will have merely to let yourself be progressively invaded by a serene afternoon sleep (…). The moment the key drops from your fingers, you may be sure that the noise of its fall on the upsidedown plate will awaken you, and you may be equally sure that this fugitive moment when you had barely lost consciousness and during which you cannot be assured of having really slept is totally sufficient, inasmuch as not a second more is needed for your whole physical and psychic being to be revivified (…).

Once thought to be the eccentric trait of a few quirky individuals, last year Dr Delphine Oudiette and her colleagues at the National Institute for Health and Medical Research (INSERM) in Paris proved that napping does indeed boost creative thinking. The researchers replicated Dali’s technique with more than 100 volunteers and found that, surprisingly, when the participants woke up at the moment the object fell from their hand, their ability to solve a logic problem increased three-fold. But if participants slept for longer, they failed to solve the mathematical challenge.

Dr Oudiette identified this threshold as the point of transition between wakefulness and deep sleep, known as the “hypnagogic” state. This is the doorway into the sleep cycle, the first stages of non-REM sleep, just when we go from being awake to being asleep. Specifically, in this stage we are in a state of semi-consciousness in which we may experience spontaneous thoughts or dream-like experiences, such as the disconcerting feeling of falling.

As can be imagined, these results have aroused great interest in the scientific community, and the Massachusetts Institute of Technology (MIT) in the United States has been quick to develop a device that is an update on Dali’s key and Thomas Edison’s steel ball: a glove that allows you to monitor your sleep, explore your dreams and manipulate their content in a targeted way. Among other functions, this device identifies when the wearer is in the hypnagogic state and gives messages so that they dream of specific things or different elements appear in their dream: a tree, a tiger… The possibilities? Seen like this, it is inevitable to think of its potential as a tool of persuasion or indoctrination, the use of which may be ethically very questionable. We should instead focus on the fact that one of its applications is to make the dreamer realise that they are dreaming, what we call lucid dreaming: to stop being a mere spectator and freely direct our dream. It is a fascinating concept that has been widely fantasised about in science fiction and which is also very appealing to the scientific community, which does not yet know how or the reasons why we dream.

In the same vein, a team led by Dr Ken Paller, together with international collaborators, have found a way to communicate with sleeping people who were having a lucid dream. After receiving prior training, the participants were able to voluntarily move their eyes and face while they slept, in response to yes or no questions asked by the researchers. These surprising results open the door to new avenues to explore the dream state and decipher the nature of dreams and their purpose.

Recent advances in neuroscience have greatly improved our understanding of the neurobiology of sleep and its importance for physical and mental functioning. The naïve conception of the passive sleeping brain has been completely wiped away, and we would be reiterating the error if we thought of sleep as serving a single purpose. Sleep has evolved to respond to multiple bodily needs inside and outside the nervous system, many of which are still unknown to us. Exploration of the waking brain has brought us undoubted scientific breakthroughs with multidisciplinary applications. Who knows what far-reaching results research into the sleeping brain could have? 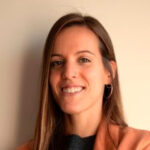 PhD in Biomedicine from the University of Barcelona and Master’s in Science Communication from the same university with more than 10 years’ experience as a researcher.

A conversation with the neuroscientist about the nature of consciousness, how it can be studied and the implications of understanding it.