Traditionally, insects were often thought of as minute biological robots whose behaviour was coldly dictated by an innate algorithm. However, a growing number of studies show that these tiny animals are capable of modifying their behaviour according to their experiences and reveal an inner world that is increasingly far removed from the image of living automatons with which they were once characterised.

Under the cover of night on 11-12 June this year, someone parked a cargo vehicle on a beekeeping farm in Newquay, in the county of Cornwall, in the UK. No one saw them come or go, but the following morning, fresh tracks from the vehicle on the ground bore witness to a theft. The intruders had taken five hives containing some 400,000 bees.

At the time of writing, the police have not yet caught the thieves, but it is suspected that they have experience in beekeeping because dealing with bees while handling their hives requires expertise. Moreover, an unexpected development after a few days pointed to the possibility of the culprits being local: the stolen bees started to return to the exact spot on the farm where the stolen hives had previously stood, meaning that the thieves couldn’t have taken them too far away.

This criminal incident aroused interest beyond the local media – a modest amount, of course – because it suggests that insects are more sophisticated than we tend to give them credit for at first glance. But the behavioural complexity of bees is nothing new to science. Karl von Fritz received the Nobel Prize in physiology and medicine in 1973 (shared with Konrad Lorenz and Nikolaas Tinbergen) for his studies that revealed some of the most impressive and sophisticated animal communication skills in all of nature.

When a worker bee goes out foraging for food and finds a good source of nectar, it returns to the hive to share the information with the other workers. This is the famous “waggle dance”, a series of elaborate movements that communicate both the direction in which flowers are located and the distance they must fly to find them.

The Waggle Dance of the Honeybee | Georgia Tech College of Computing

Plenty examples can be found of animal communication, but the most striking thing about the waggle dance is its symbolic nature. As far as we know, the high-pitched cry of the marmot only warns its mates, it does not indicate “there is a predator 500 metres to the southeast”. But bees do manage to convey a similar meaning with their dance. However, before getting excited about such a feat, it is worth asking whether, during the process of “reading” the dance, the bee’s brain is merely activating a biological algorithm devoid of subjectivity, similar to a computer program. Randolf Menzel, a neurobiologist at the Free University of Berlin, wanted to find out, and what he found in these insects can be interpreted as a fully-fledged mental process.

In their 2014 paper in the Proceedings of the National Academy of Sciences, Menzel et al. claim that bees, like mammals, can find their way home after comparing clues in their environment with landmarks on a mental map of the area around their hive that they have previously memorised on their exploratory flights. For their experiment, they used bees that had found a source of nectar and were about to return to their hive. Instead of letting them go back, they captured them in a dark box and released them at a different location, hundreds of metres away. When released, the bees made short exploratory flights before returning to the point of release. Then, as if getting their bearings after recognising the area, they flew straight back to the hive.

Some social insects are capable of creating structures that are simply amazing. The engineering of termite mounds, with their tunnels designed to cool the air, is a classic example of a collective intelligence that emerges from simple rules executed robotically by individuals programmed to do so. But the kind of intelligence revealed in Menzel’s experiment shows that they can also be individually intelligent. Another leading scientist in the field of insect intelligence, Lars Chittka of Queen Mary University of London, designed an experiment that demonstrates just how far the learning capacity of bumblebees can go.

The first step of the research was noteworthy in itself, and could be described hyperbolically as teaching bees to play golf. In more measured, scientific terms, it was a case of operant conditioning: bumblebees were trained to take a ball to a hole in the centre of a platform and those that succeeded received a reward of sugar water that reinforced the learned behaviour. But the experiment got more interesting with those bumblebees that did not learn to get the ball into the hole. In this case, the researchers intervened with a plastic bumblebee that reproduced the behaviour they wanted to elicit, and the pupils learned the lesson from their inanimate teacher. What is more, each time they repeated the task, they completed it in less time.

In a second phase of the experiment, three balls were used. The two closest to the hole were immobilised, so that the bumblebee learned to move only the one furthest away. Once they had practiced, the bumblebee demonstrated the task to other inexperienced individuals, but this time, the closer balls were no longer stuck down. And the novices quickly realised that they could push another ball closer to the hole to get their reward.

In the paper published in Science in 2017, Chittka and his colleagues claim that the type of situation posed in this experiment differs quite significantly from those that bumblebees encounter in nature and demonstrates an unprecedented level of cognitive flexibility in an insect. In other experiments conducted by Chittka, bees have been shown to be capable of learning to count and even memorising human faces.

Wings for the mind to fly

From Copernicus to Darwin, we have learned to be more humble, but we still like to measure our pride in being human in cubic centimetres. 1,200 cm³ of pride, roughly the volume that fits in our brains. But the abilities that natural selection has packed into the bee brain, twelve thousand times smaller than ours, are astonishing. One possible explanation for the origin of such abilities can be found in the wings.

The emergence of wings required expanded brain capacities to control flight and integrate different sensory inputs, but also to allow insects to cope with a larger, three-dimensional environment.

While bees and other pollinators seem to sit on the throne of the most intelligent insects, the vast majority of bugs are capable, to a greater or lesser extent, of modifying their behaviour based on previous experience. Insects can learn to associate certain stimuli with adverse outcomes, such as electric shocks or – more relevant in the natural world – with unpleasant tastes. Even innate preferences for certain aromas that signal food can be modified by experience. Some degree of learning can even occur outside the brain, in isolated ganglia: a decapitated cockroach can learn to keep one leg bent to avoid electric shocks.

In the scientific journey into the minds of insects, more than just their intelligence has been explored. One example that has sparked controversy both inside and outside the field of academia is research that attempts to determine whether insects have emotions.

In his recently published book “The Book of Minds: How to Understand Ourselves and Other Beings, from Animals to AI to Aliens”, science writer Philip Ball points out that we tend to make anthropomorphic interpretations of the behaviour displayed by “charismatic” animals such as chimpanzees and dolphins. At the same time, we tend to dogmatically resist looking in the same way at creatures which are less endowed with characteristics that appeal to our empathy, such as insects.

Scientific studies of insect minds attempt to provide clues without the bias of our affinities towards certain ideas or empathies. But ultimately, as Ball also points out, recalling the validity of Cartesian doubt, we can only infer the existence of other minds by analogy with our own. It’s not a surefire approach, but neither is it fanciful – after all, we are all the product of natural selection. 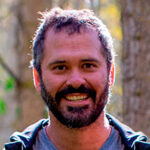 The Internet. Shallower or Smarter?

Is Internet eroding our capacity for concentration and critical thought or is boosting our mental agility and allows us to learn more and more quickly?