The exhibition “Brangulí. Barcelona 1909-1945” came to an end on 6 November, and with it so did another exhibition also linked to the figure of Brangulí, to photography and to the city: “Barcelona 2000-2011” . This exhibition, which visitors to the “Brangulí. Barcelona 1909-1945” exhibition encountered in the last area of the exhibition route, was the first at the CCCB to be born from an online participative project. “Barcelona 2000-2011” displayed over 4,600 images from 598 contemporary authors who, inspired by the themes worked on by Brangulí in the early 20th century, showed us how the city is today, one century on from Brangulí’s Barcelona.

The CCCB, with the collaboration of Barcelona Photobloggers , launched the initiative “Brangulí was here. What about you?” which ran for 3 months (from June to September 2011) in order to create an exhibition with all the photographs received through the Internet. On 22 September it inaugurated “Barcelona: 2000-2011” with 4,696 images, from which a jury chose 324 runners-up and 10 winners, which were printed in a special format for the show. The inauguration was attended by over 400 people, mainly participants and their friends and families. Now is the time to evaluate other non-quantitative aspects of the project, with some notes on what we have learned from the experience of working with a community of users on a participatory project.

Album of the Flickr group “Brangulí was here”, through which participation in the project was channelled. It contains 4,696 images.

How do photographers view Barcelona? Participation by themes

Of the ten themes in the competition “Brangulí was here. What about you?” ( political and social events, museums , street life, emblematic places, beaches, transports, Barcelona by night, urban reforms, work spaces, and industrial spaces), the one which received most photographs was “Street life”, possibly because it was the broadest theme, and thus accepted a greater diversity of images. In the category of political and social events – the latter with a higher participation – protests by citizens related to the economic crisis and the police charging at protesters camped in the Plaça Catalunya were the centre of attention of the camera lenses. The Fòrum area, the Plaça de les Glòries and the Plaça Monumental stand out in “Urban Reforms” and the MACBA is the most photogenic museum. Office workers and street cleaners predominate in the category “Work Spaces”, while in “Transports” scenes of passengers travelling on the metro while lost in thought are repeated. The different photography competitions we have organised online such as “Your post-it” or the Bamako self-portraits competition have served us as experience in detecting errors and improvements when it comes to designing participative processes with CCCB users and followers. In this sense, “Brangulí was here. What about you?” was the CCCB online photography competition that has taken the greatest care in its dealings with the community that has taken part in it and made it possible.

We designed the participative project jointly with Barcelona Photobloggers

Before setting up the photographic competition and the website through which participation would be channelled, we contacted Fran Simó of Barcelona Photobloggers, a founder of one of Barcelona’s most active communities of photographers on the Internet. Fran Simó was familiar with the CCCB’s history in organising online competitions and in a conversation prior to the project being realised, he offered us a series of very useful considerations for setting up a participative project. And the fact is that as cultural institutions we often forget who is on the other side, who we are addressing and why we are doing it. Fran Simó converted that conversation into a document that you can read here (Spanish)

Avoiding making use of participation solely as a marketing strategy, treating participants fairly, ensuring that processes are transparent and open and that the results are fair (both for the institution and the user) are some of the factors that may influence the success or failure of a participative project.

These prior tips from Fran Simó marked the design of “Brangulí was here. Were you?” and opened up the road for collaboration between the CCCB and Barcelona Photobloggers. We designed the conditions of the competition jointly, preparing the website www.brangulivaseraqui.com and opening a Flickr group from which to centralise participation and debate concerning the competition. The prior work of co-creation of the project with a collective of photographers and bloggers like Barcelona Photobloggers also facilitated circulation of the initiative among the photographic community of Barcelona. The success of the competition was plainly visible in the first month, with over 2,500 photographers on the website www.brangulivaseraqui.com, which received over 15,000 visits from June to November 2011.

Participate but in exchange for what? Exhibiting at the CCCB

One of the most controversial points of a participative process is how to reward the efforts of authors who collaborate with their work. In this case, we decided that it was as important to recognise the task of the participants as their photographs being contextualised and linked to the work of Brangulí. The solution to exhibit at the CCCB was the most balanced for both parties: photographers saw their work recognised in an exhibition space and the CCCB added value to the exhibition “Brangulí. Barcelona 1909-1945” with the view of contemporary authors on the themes that were photographed by Brangulí.

The participative exhibition, a transversal project by the CCCB

Communication 2.0, as we have explained in other articles, is usually very much linked to the departments of press and communication of cultural institutions. This circumstance often limits participative initiatives which end up being understood only as strategies for dissemination. In contrast, if the project is worked on transversally between diverse in-house departments, it acquires strength and its end result is improved. It goes from being a communicative project to a cultural project. The internal team of an institution starts working with the same professionalism on a project produced by users as one produced by a curator or by artists, an extremely important factor for change. The exhibition space for “Barcelona. 2000-2011” vas designed and worked on to be consistent with the preceding exhibition on Brangulí and so that the works of participants would be presented with the same criteria of quality that they deserved. Teams in communication, information, audiovisuals, production, exhibitions and conservation have contributed to the production of this exhibition.

Face-to-face meetings, reinforcement for the community

The participants of www.brangulivaseraqui.com have been in online contact through the Flickr group that was created for the project and many of them already knew each other thanks to Barcelona Photobloggers. Even though this virtual contact existed through the networks, the organisation of real-life meetings at the CCCB was an important reinforcement for the community.

A few weeks after making the public announcement about the competition, the CCCB organised a free guided tour of the exhibition “Brangulí. Barcelona 1909-1945”. Among those attending (a group of around 50 people), there were members of Barcelona Photobloggers, people from the Espai Fotogràfic group and many other keen photographers. As well as being a reason to meet, the activity helped to promote the figure and the work of Brangulí.  You can read the chronicle of the visit here

On 22 September the exhibition inauguration was held, another excuse for again bringing together the people who had made the exhibition possible. It was attended by over 400 people, the majority photographers and relatives of the participants.

One final conclusion – or rather sensation – is the difficulty in taking a participative project as finished once tools have been created, work methodologies adopted and a community of users consolidated. When the project “dies”, new ideas and possible initiatives to improve on what has been done are born. The lack of time and the very pace of work and programming for a cultural institution like the CCCB makes extending the life of participative projects a complicated matter. 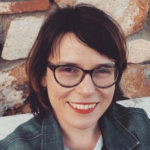 Journalist and editor of multimedia contents in the CCCB’s Communication department.

What have we learned from the participative exhibitions? Evaluation of “Brangulí was here. What about you?”
Share ➔
Aquest lloc web utilitza galetes de tercers perquè tingueu la millor experiència d’usuari. Més informació