Over the past few years we’ve seen the emergence of online interactive documentaries, a documentary subgenre that straddles documentary practice and interactive design. These webdocs are now attracting the interest of European authors, festivals, producers and television networks. In late May, the DocsBarcelona documentary festival organised a conference dedicated exclusively on these types of works, focusing on projects interested in bringing about social change. These new interactive documentary narratives set up situations involving citizen collaboration and participation, which can become new strategies for social empowerment.

Alma, a Tale of Violence is the story of a killer: Alma, a 26-year-old woman who was a member of one of Guatemala’s most brutal gangs. If you saw this documentary online or on your tablet, you would have been able to choose between watching the protagonist’s confession to the camera, or the animated images that she talks about. Alma is an interactive documentary in which what you do affects the way the story unfolds.

A webdoc is a documentary that is narrated through a digital interface with which the viewer is required to interact physically in order to move the story forward. Sandra Gaudenzi, a leading academic in this field, uses the term “i-docs” to refer to “any project that attempts to document reality by means of interactive digital media.” The term “webdoc” refers to the creation of interactive documentaries designed specifically for the web.

Webdocs are a hot topic because the number of online productions is growing all the time, and high-quality projects have started to win awards in major international film and documentary festivals over the past three years. Webdocs aren’t a new concept or format (there are excellent earlier projects in web documentary or CD-ROM formats), but they are part of a new context that is generating a lot of interest.

The number of new initiatives that have sprung up in Barcelona over the past few years confirms that there is a great deal of interest in these types of productions. One of the many local activities and spaces that aim to promote webdocs in the city is DocsBarcelona. Since 2012, this international documentary festival has included a section called InterDocsBarcelona exclusively dedicated to interactive documentaries, with a strong programme of presentations and lectures .

This year’s conference was held in the CCCB Theatre and its guest speakers included leading international figures from the sector, such as Mandy Rose, director of the Digital Cultures Research Centre in Bristol and former head of the New Media Department at the BBC, and Remko Vlaanderen from Submarine Channel, the acclaimed Dutch production company dedicated to new digital narratives.

One of the most hotly debated issues right now revolves around the real impact of webdocs on audiences and on their participation. And it’s no small matter because we’re not just talking about “click metrics” but also about emotional and social impact. Webdocs can be a great tool for bringing us the first-person accounts of people who are experiencing social conflicts around the world. The protagonists themselves can collaboratively construct their own discourse and share their direct experiences through audiovisual media.

A pioneering project involving participation in documentary practice was the program Challenge For Change: Activist Documentary by the National Film Board of Canada. In 1967, a team was sent to Fogo Island (Newfoundland, Canada) to document the Inuit community’s complaints about being forced out of the area. The reporters decided to allow members of the community to direct short documentaries themselves, a gesture that was highly innovative at the time and added an authentic perspective to the content of the reports and the project.

Communication for Development has been a recurring concept for non-government organisations over the last twenty years. It refers to the use of information technologies and communication media as tools for mediation, participation and generation of change in social conflicts. Could webdocs be a new mediating tool for change?

Up until now, the active participation of viewers and protagonists has mainly taken place through participatory modules in which users can post comments or add content to the project. A clear example is A Short History of the Highrise, which includes a section of photographs uploaded by readers. This work by Katerina Cizek explores the history and development of high rise apartment blocks and the communities that live in them. It was co-produced by the New York Times and the National Film Board of Canada and became a benchmark project, winning the new Interactive Documentaries category at World Press Photo.

The participation of digital audiences is a source of never-ending debate that opens up innumerable possibilities for the design of interactive projects. It also entails a shift from the figure of the author to that of the designer of “narrative windows”, tools and frames through which viewers can participate by expressing themselves or adding content to the narrative. But what do we mean by participation? In response to this question, Henry Jenkins recently made some interesting comments in the International Journal of Communication (quoted by Mandy Rose at the InterDocs conference at the CCCB): “I object to calling it participation if the people involved have no sense of themselves as belonging to something bigger than the individual. For me, participation starts at that moment when we see ourselves as part of a group that is seeking to achieve some shared goals through collective effort.”

This idea of belonging to “something bigger” is explored by QuestionBridge, a multiplatform project that aims to create a space for dialogue and expression for the African American community. In this webdoc, viewers can submit questions about what they think defines black identity, or record a video of themselves answering some of the questions. It is a project designed for the community that it addresses.

At the InterDocs conference in Barcelona, Mandy Rose questioned the effects that documentaries can have on the situations that they document, and criticised the fact that, for now, interactive documentaries are often designed without taking into account the community that is depicted in them. “We are not designing products with their interests (the community’s) in mind,” she said.

Can webdocs improve or help to bring about significant change in the lives of their protagonists? As we know, this is a question that often comes up in the world of documentary, but it may become even more important in regard to digital documentaries. We say this because we think that some digital technologies available to the creators of webdocs can set up much more participatory dialogues with their protagonists and help to spread their message throughout the world. But also and particularly because these digital “platforms” can become tools for communication, action and coordination of strategies that communities can adopt as their own. And this is where transformation can happen, where change is possible.

These are the ideas that drive the team behind the Quipu-Project, a project that aims to give voice to the women who suffered forced sterilisation in a campaign that Alberto Fujimori implemented in some indigenous communities in Peru. The creators of this webdoc gave mobile phones (there is no 3G coverage in those areas) to the protagonists so that they could record, listen to and share their stories, and make them accessible to everybody on the web.

0Responsables is another example. Many Spaniards will be familiar with the television programme Salvados presented by Jordi Évole, and the special episode that looked into the grey areas of the judicial inquiry into a major subway accident in Valencia in 2006. Well, this programme inspired a web documentary on the same subject produced by the victim’s association. In this webdoc we can listen to a commission in with citizens are invited to give their own accounts, and provide important information that was vetoed in the judicial inquiry. The social impact of the special episode of Salvados, along with the lobbying of the webdoc and the press, has forced the courts to reopen the case.

Another project that seeks social change is The Invisible Picture Show, which uses recordings of phone calls made by undocumented children who are being held in migrant detention centres, putting the spotlight on a situation that is rarely shown in the mainstream media. During the webdoc, the viewer is encouraged to participate by uploading videos to show their support, or by contacting the association that is trying to put an end to the legality of this practice.

Webdocs as a tool for empowerment

During the InterDocs conference, one of the creators of the project Quipu (which was presented in beta stage) explained that the team is exploring the possibility of allowing the community to use the platform to give visibility to other demands. This would be a turning point in the field of interactive documentary, because the project would then also become a tool for social empowerment. It would also be a turning point for documentary practice, because unlike traditional documentary makers who are used to moving in and out of the reality that they document in a specific, often short, period of time, the digital platform would involve an ongoing dialogue with the protagonists and also with the viewers.

Webdocs could become a useful tool for dissemination, and help to put local conflicts that are often overlooked on the global map. Citizen collaboration and participation strategies on the net, structured around the narrative thread of a real story, are starting to become a reality that institutions should listen to and support. 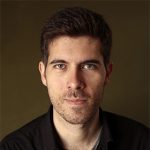 A change of mentality

The cultural sector is shifting, and audiences are now in the spotlight. Two conferences reflected this shift in Madrid and Barcelona.