Rehearsal of the radio drama anthology series “The Mercury Theater on the Air” directed and narrated by Orson Welles, 1938 | Wikemedia Commons | Public Domain

Books, pulp magazines, radio broadcasts, films, fan fiction, comics, TV series, documentaries and musical versions: The War of the Worlds has morphed into a myriad of formats and languages, expanding and contemporising the universe created by Wells.

“They are coming! The Martians are coming!” screamed the terrified Londoners in the pages of The War of the Worlds. And rightly so – the tripods were closing in on the great capital of the empire, flattening everything in their path. If London were to fall, then the Empire would fall, and if the Empire were to fall, so too would the Earth… the ‘scientific romance’ of H. G. Wells is a science fiction story with shades of the documentary, mixed at times with elements of horror. All this led to The War of the Worlds soon positioning itself as an iconic work not only in the science fiction genre, but also in the imaginary of several generations of readers, listeners and spectators. In fact, over the years, H. G. Wells’s novel became a transmedia narrative world that encompassed various different media and forms of expression.

Firstly, The War of the Worlds was translated and published in a myriad of formats, from hardbacks to the yellow pages of pulp magazines. A few months after the publication of The War of the Worlds, the American astronomer and popular science writer Garret P. Serviss felt the irresistible compulsion to publish Edison’s Conquest of Mars, a story – published serially in 1898 and as a book in 1917 – in which the Earth sends a fleet to Mars to avenge the Martian attack narrated by H. G. Wells. In 1912, the invasion virus also infected Jean de La Hire, who penned a work – Le Mystère des XV – that offered itself as a sequel to The War of the Worlds.

It wasn’t long before the Martian invasion story spread beyond the pages of books in the form of adaptations and works that expanded on the narrative with new characters and events. The hyperrealism of the violent images described by H. G. Wells was conveyed by Orson Welles in his historic 1938 broadcast – perhaps the most relevant event ever in the long history of radio broadcasting. It’s also worth remembering that this broadcast was just as important in the field of mass media studies – apparently, the media had the potential to manipulate audiences and to be even more dangerous than a tripod from the Red Planet. In 1975 The Night That Panicked America was aired, an amazing television reconstruction of Well’s radio broadcast directed by J. Sargent and written by the author of Well’s original script – the no-less mythical Howard Koch, author of such classic screenplays as Sergeant York (1941), Casablanca (1942) and Rhapsody in Blue (1945). Illustration by Henrique Alvim Corrêa from the Belgium edition of H. G. Wells’ “The War of the Worlds”, 1906 | Wikemedia Commons | Public Domain

The success of the feature film The Thing From Another World (Nyby-Hawks, 1951) convinced Paramount – which had been sitting on the rights to The War of the Worlds for more than 25 years – of the need to bring H. G. Wells’s novel to the big screen. The film by Byron Haskin and George Pal (1953) is the first major Hollywood super-production in the science-fiction genre; the special effects were the state of the art available to the studios at the time, while logistical support from the armed forces achieved the rest.

The Martian invasion couldn’t fail to land in the pages of the comic books. One of the most ingenious interpretations of H.G. Wells’s work – and its radio adaptation – came in 1950 from Albert Feldstein, perhaps the leading representative of the persecuted group of artists at EC Comics. In Weird Science, Feldstein published a comic entitled “Science-Fiction Radio Broadcast Causes Panic!”, which was a variation on the radio broadcast version of The War of the Worlds. In the first part, Feldstein describes the reactions of the terrified listeners of the broadcast by Orson Welles (“Carson Walls” in the comic). A few years later, the radio station decides to broadcast the drama a second time, but with a prior warning that it is a fictional play. During this second version, the broadcast is interrupted several times to provide news flashes on the landing of a spaceship on the outskirts of New York. A real alien invasion is obviously occurring, but nobody reacts in time; communication systems are brought down and the airports are destroyed by the invaders. In just a few days the Earth will be completely ravaged and turned into a prosperous colony of…Jupiter.

But let’s go back to literature. Kevin J. Anderson was responsible for curating an anthology under the name of War of the Worlds: Global Dispatches, which describes the experience of the invasion in different countries.  However, the most interesting literary revisitation can be found in The War of the Worlds of Sherlock Holmes (1975) written by M. W. Wellman and W. A. Wellman. These two authors – father and son – introduced the Victorian characters created by Arthur Conan Doyle (Sherlock Holmes, Dr. Watson and Professor George E. Challenger) into Wells’s work. This version flits back and forth between the adventures of the brilliant Baker Street detective and the black sheep of the British scientific establishment, “the two wisest and best men I have ever known”, in the words of Dr. Watson.

On 9 June 1978, the British musician Jeff Wayne released a musical version of The War of the Worlds which offers a step-by-step retelling of H. G. Wells’s story. A week after its release, the double disk entered the official UK charts, where it stayed for more than six years until going multiplatinum (with more than six million copies sold around the world). The work featured contributions from Richard Burton and other well-known artists who gave their voices to the characters. There is a version in Spanish with the voice of Anthony Quinn and another in German recorded by Curt Jurgens. A few years later, Jeff Wayne went on to produce video games of the Martian invasion set to the music from his album.

Sooner or later, the mother of all invasions had to land on the small screen. The TV series The War of the Worlds: The Second Invasion (H. Wright, 1988-1990) is based on an unsettling hypothesis: the invasion described by H. G. Wells in 1898, and the 1953 feature film by B. Haskin and G. Pal, actually told the story of real-world events. Fortunately, this mediocre series only lasted two seasons. Twenty-first century television hasn’t been much kinder to the work of H. G. Wells: the two most recent series seem to have been created along the same conformist lines. One of them is set in the Victorian period and follows the adventures and misadventures of two lovers in the middle of a Martian attack (The War of the Worlds, C. Viveiros, 2019), while the other series brings the invasion to the present day, although with narrative results as poor as the previous productions (War of the Worlds, H. Overman, 2019).

Any transmedia map of H. G. Wells’s work has to include the feature film by Steven Spielberg. Far from the mystical Close Encounters of the Third Kind (1977) and the saccharine E.T. (1982), his version of The War of the Worlds (2005) is somewhere between Jaws (1975) and Saving Private Ryan (1998). This adaptation was released when the wounds of 9/11 were still very fresh and the U.S. was at the height of its crusade against Bin Laden: “Is it terrorists?”, Rachel asks her beleaguered father when they hear the first explosions. But there’s one scene in which Spielberg reveals his darkest side; a scene where the most chilling character is not a Martian, but a human played by Tim Robbins. It’s as if Spielberg were telling us that the enemy doesn’t only come from Mars – it’s also inside of us.

Perhaps two of the best takes on the H. G. Wells story belong to the docudrama genre. There are two works that can’t be missed off our transmedia map: War of the Worlds: The True Story (T. Hines, 2012) and The Great Martian War 1913-1917 (S. Maher and S. Sarossy, 2013) are both mock documentaries that use digitally altered archival footage of the First World War to put forward the hypothesis that there really was a Martian invasion at the end of the 19th century. It’s more than a little unsettling to see gigantic tripods stepping through the trenches of the Great War in an old celluloid film that hasn’t even been restored.

Finally, I can’t finish this brief tour of the mutations of The War of the Worlds without mentioning the creations of fans. There may not be as many as those inspired by Harry Potter or Twilight, but fan fiction never disappoints: as I write, I’ve got a story on the screen written by a certain Dragons123d, which tells how some of the Martian invaders managed to make it back to their planet, taking a baby with them. The child was brought up on the red planet and eventually became an important general of the Martian troops. His name? Hadrian “Harry” James Potter. 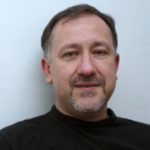