Coinciding with the CCCB’s exhibition “Mars. The Red Mirror”, we highlight some of the recent series in which the red planet has played an important role. In a world that tends to dystopia and apocalypse, space voyages are events that excite humankind, and the next great target for discovery is certainly Mars. Space ventures have a specific adventure travel component that provides a great framework for telling stories, offers a fertile field for the imagination that is essential to science fiction and has inspired numerous series like the ones we present here.

«Mars is a mirror in which Terra sees its own essence.»

On 18 February of this year, the Perseverance rover landed on the surface of Mars. This marked a paradigm shift, not because no one had landed there before—there was a landing on the surface of Mars in the 1970s—but because of the astrobiology lab that landed with it. For the first time, we will extract resources from a planet for two purposes: to find out if there has been (microbiological) life on Mars, and to convert carbon dioxide into oxygen to prepare for a future manned voyage to the red planet.

Science doesn’t usually have a cinematic side, but space adventure does have a specific adventure travel component that provides a great narrative to tell stories. There’s courage, there’s tension, there’s risk, there are mistakes, there are moral decisions, there’s family drama, there’s competition, and there are geopolitical or philosophical metaphors, and it offers a fertile field for the essential imagination of science fiction. All in all, a very rich storytelling magma, and series have made the most of it.

The manned moon landing of Apollo 11 is one of the greatest moments in television history. A fundamental pillar that served to consolidate the medium ahead of others, with a global broadcast followed by over 600 million viewers and causing a profound cultural impact, not just in the United States.

We might debate whether space travel is funded for patriotic or scientific reasons, but whatever flag they fly, these events excite humanity, and, undoubtedly, the next great target for discovery is Mars.

We live in a world that tends to dystopia and apocalypse. Recent hits such as Years and Years and L’Effondrement place us in a catastrophic near future situation. The pessimism and human vulnerability generated by climate emergency and pandemic make it difficult to imagine other possible scenarios. But Mars functions as a refuge, as a utopia. Has there been life on Mars? Can we set up a colony there? Can it be a planet B for humans? Can space research remedy the climate crisis?

Below we review the main recent series in which Mars plays an important role.

For all Mankind: uchronia

This wonderful series, of which there is too little mention, is based on a uchronia in which the Soviet Union reaches the moon before the United States. On televisions around the world we see not Neil Armstrong walking on the moon but a Soviet cosmonaut defending Marxist-Leninist life.

The Americans are bitterly disappointed. But shouldn’t they be happy with this success for humanity? Perhaps the space race was more of a national promotion campaign—an Olympic Games where only the gold medal winner mattered.

The series explores many issues with an ironic take on the recent past. Feminism and LGTBI rights at NASA, the militarization of the moon, a geopolitical mirror dialoguing with reality, work-family conciliation for astronauts… This uchronia suggests that without a spatial cold war, all these programmes have remained in the background. But there are still battles to be fought: a manned mission to Mars remains to be landed. And, above all, a global television broadcast—what better communication campaign?

Away: what could have been but never was

It was supposed to be a Netflix blockbuster running for three seasons, but it was cancelled. Its first and only season focuses on work-family conciliation between astronaut Emma Green (Hillary Swank) in space and her family on Earth.

Despite not being a good series and having two-dimensional characters, the second season was to be set on Mars and promised to be more interesting. “We were thinking about a season with the big questions that everyone researching the red planet wants to answer. Is there life on Mars? If so, is it alive or fossilized? For me, space and the cosmos is the expansion of our imaginations, and it’s a shame we can’t explore it”, said executive producer Jessica Goldberg.

The First: more personal sacrifice and cancellation before reaching Mars

Before Away, screenwriter Beau Willimon (House of Cards) had already worked on a series with a story based around the astronaut’s work-family conciliation and personal sacrifice. Like Away, it was cancelled before the crew reached Mars. Apparently, failed missions don’t only happen in science.

The series, starring Sean Penn, is set in a near future in technological terms where one of the main architects of the modern space race is already appearing: billionaires. It seems that the new space research boom is driven by these new agents who also, privately, want to be part of the race.

France has also explored a series about a European mission to Mars (and you don’t have to wait an entire season to get there). We are not used to seeing the European Space Agency star in a context so centred on NASA.

The role of artificial intelligence on the spaceship and competition between billionaires is particularly interesting. Not only is there rivalry between the ESA and NASA, but also between US and European magnates investing in the space race. The ZSpace company leaves little room for doubt that the reference is to Elon Musk’s SpaceX.

Compared to the previous series, this one has fun with possible fantastic scenarios. Mars can be full of surprises, and the series plays at exploring them. More fiction than science!

The Expanse: beyond colonization

It’s the 24th century. Mars is a colony with an established population, and Earth follows its path governed by the United Nations. The two planets have their ideological disagreements, but agree to enslave the population living in the asteroid belt to mine ice to turn into water for their territories. The Expanse’s approach is science fiction, but with a fairly plausible point of view.

As Carl Sagan said: “Imagination will often carry us to worlds that never were, but without it we go nowhere.” And this concept is the starting point for the series created by Mark Fergus and Hawk Ostby, based on the novels by Daniel Abraham and Ty Franck. This story starts in the year 2307, when the inhabitants of Mars are trying to terraform the planet to be able to breathe without diving equipment, and the native humans of the red planet are resentful of the earthlings because they have never seen a blue sky, but at the same time proud because they have built everything themselves from scratch, with no inheritance from past generations.

The Expanse (2015–) can be watched and enjoyed as a futuristic, purely sci-fi show, but the greatness of the series is that its story could be perfectly real in the future. A future where there are two opposing political factions, as is usual in the history of humankind, but in this case the tensions are not between countries, they are between planets, Earth and Mars. We might be able to achieve multiplanetary life, but human nature will continue to cause the same problems as always.

Situated between a documentary that features interviews with specialists and science-fiction series, this National Geographic docuseries alternates two formats, creating a hybrid with a pedagogical intent. In the present day (2016) there are real interviews with experts and authors offering impressions and opinions, and in the future (2033) there are fictional scenes from the life on Mars of an astronaut crew. Interestingly, in this crew, there is a Spanish astronaut played by Alberto Amman. This fictional part is loosely based on the book How We’ll Live on Mars by Stephen Petranek.

Almost more interesting than the fiction are the capsules of interviews with different experts: Neil deGrasse Tyson, astrophysicist and disseminator; Elon Musk, the founding magnate of SpaceX; Ann Druyan, writer and disseminator; Andy Weir, author of The Martian…

“The evocation of Mars arouses a kind of excitement similar to that which Marco Polo or Christopher Columbus must have felt.” His fascination with Mars was an essential part of Carl Sagan’s scientific career. Probably the best-known scientific disseminator in the United States, on his death in 1996 he was honoured by the renaming the Mars Pathfinder space probe as the Carl Sagan Memorial Station.

Sagan’s best-known work is the docuseries Cosmos: A Personal Voyage. In episode 5 of the first season he devotes an exclusive chapter to Mars, entitled “Blues for a Red Planet”, leaving these words as a legacy: “If there is life on Mars, then I believe we should do nothing to disturb that life. Mars, then, belongs to the Martians, even if they are microbes. But suppose that Mars is in fact lifeless. Might we in some sense be able to live there, make Mars habitable like the Earth? […] If the planet is ever terraformed, it will be done by human beings. The Martians will be us.”

Over 40 years later, both Sagan and Cosmos continue to be a major influence for many of the audiovisual proposals discussed here. A sequel to the series, Cosmos: A Spacetime Odyssey, was recently made, narrated by Neil deGrasse Tyson and co-written by Sagan’s regular collaborator Ann Druyan.

We’ve reviewed some of the recent series to have explored Mars, usually with more questions than answers. But there is a new frontier… When will we film in space? When will we film on Mars? It may sound crazy but in early May it was announced that Tom Cruise and Elon Musk were preparing a project to do just that. It was confirmed by former NASA administrator Jim Bridenstein in a tweet.

But just like some of the series discussed and some space missions, it looks like the Russians are one step ahead. On 5 October 2021, director Klim Shipenko and actress Yulia Peresild will travel to space to shoot the film Challenge. The space race has moved onto the film set. 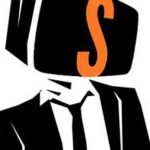 Art on Mars: from the optimism of Space Art to the capitalist logic of contemporary art

With their work, artists anticipate and prefigure the fundamental questions surrounding the future of humanity and its drift.

Through comics, we analyse the evolution of our view of the Red Planet: from a territory to be conquered, to a reflection of our own nature.