Born between the 1980s and 1990s, the Millennial generation has recently taken centre stage: from the press or businesses, to cultural facilities concerning ourselves with how to fill our centres with a younger audience. We want to start by approaching the phenomenon from a sociological viewpoint that analyses how the generations are defined; postcolonial, comparing how the term is used beyond the western sphere; and in relation to the bordering generations: their Baby Boomer parents and Generation Z.

The term Millennial refers in the main to a sociological phenomenon located in the OECD countries, it had a peak of popularity in 2016 and it has been popularised mainly through opinion articles in well-recognised media (in Time magazine and the daily newspaper The Guardian, among others). In contrast to the postures that treat the Millennial as something immanent and pre-existing, other postures – such as that of comedian Adam Conover and psychologists Kali H.  Trzesniewski and M. Brent Donnellan – contextualise the birth, rise and application of the term Millennial in order to demythologize a label used for young people born between 1981 and 1996.

How are the generations defined?

Before looking in depth at the Millennials we would like to carry out a small review of how the different generations are defined. According to the Pew Research Center (PRC), its approach to generational analysis implies following the steps of the same groups of people with respect to a series of problems, behaviours and characteristics. The way of managing this requires adequate delimitation of the different generations and the setting of these boundaries is carried out based on different variables such as demographics, attitudes, historical events, popular culture and the prevailing consensus among researchers. Therefore, a warning is necessary that “the lines that define the generations are useful tools for analysis, but they should be thought of as guidelines, rather than hard-and-fast distinctions”. Under these criteria, the PRC considers that the main characteristics that characterises Millennials is demographic – more specifically, the fact that they are the children of the so-called Baby Boom generation.

But sociologist Almudena Moreno, warns in Verne that it is important to take into account the origin of the term Millennial: “In fact, she [Dr Moreno] has only found one academic reference, that of the authors who coined the term. They were Neil Howe and William Strauss, in a book published in the year 2000 with the title Millennials Rising: The Next Great Generation”. Howe and Strauss are recognised as the pioneers of an industry based on their definition of Millennials. This profound, almost original connection between the Millennial label and its commercialisation is rather remarkable and it helps us to relativize it. As alerted by Samantha Raphelson, these labels are more useful for advertisers than for the young people whom they actually define:

For this reason, we think it is interesting to point out internal and external delimitations of the Millennial label. Internal, in order to introduce a postcolonial reading that demythologises the reading of young people in a strictly Western key. And external because, as we have commented, the distinction between generations is difficult and complex – but it helps to understand the link between the members of the generations compared.

Since the Millennial label is linked to the Western sphere and universalised from here, we want to highlight the nearby terms that are used in the Asian sphere (Strawberry generation and Sampo generation) and look at the perception of the term Millennial in the African continent.

The first of the Asian terms, the Strawberry generation, refers to the generation born in Taiwan from 1982 onwards and that is characterised by an upbringing free of poverty and difficulties, an incapacity to withstand pressure and an unfounded feeling of “entitlement”. The second term that we will highlight is the Sampo generation in South Korea. This term is a South Korean neologism that refers to a generation of young people who “have renounced” a stable partner, marriage, and having children. Presumably this is for such reasons as social pressure and economic difficulties, for example the increase in university fees, the cost of living, and the lack of affordable housing. It is a term that has evolved to encompass an “unlimited loss”. This tendency is similar to the Japanese Satori generation, in which the younger generation is marked by renunciation – even though this renunciation is slightly positive, because Satori is a way of referring to the “spiritual enlightenment through renunciation” of Buddhism.

With regard to Africa, the definition differs from that agreed by the OECD. In demographic terms, Millennials today represent a large part of the African population – in some regions Generation Z represents nearly 50% of the population. Another central question in the definition of Millennials in Africa is the fact that their relationship with new technologies is not as holistic or as narrow – a characteristic that is frequently highlighted – as that of their contemporaries in the OECD – Internet penetration in Africa is significantly lower than the global average and today the African nations occupy the lowest places with regard to the social media penetration rankings.

Of the generations that delimit the Millennial label, we will highlight two that contribute significantly to its definition: Baby Boomers and Generation Z. This selection is based principally on the tendency to define Millennials in contrast with their parents (Baby Boomers) and with the younger generation that is in the process of construction (Generation Z). Besides a generalised and clear rejection of self-labelling as a Millennial, the generational space subsequent to the Baby Boomers is blurred and complex.

The conflicted relationship between Baby Boomers and Millennials is well represented in this exchange between Stephen Koukolas (economist and speaker) and Osman Faruqi (journalist for ABC Life). In a letter of opinion to The Guardian, Koukolas asserts that a resentment exists among Millennials towards Baby Boomers: a feeling which he considers is exaggerated  because,  despite the economic difficulties that young people may face today, Baby Boomers also had to live through difficulties in their day, and in the future Millennials will live better – in other words, they believe in always-positive intergenerational social mobility and in progress. Furthermore, Koukolas continues, because young people today have greater access to higher education, they will have access to better jobs. The last argument in the letter is that the interest rates on mortgages today are lower and therefore it should be easier to buy a home. Faruqi’s reply focuses on denying all of the affirmations made by Koukolas. With regard to higher education, he starts off by talking about a negative social mobility affecting today’s young people. He continues to question whether student debt and high university fees are reasonable and talks about the overqualification and lack of work that requires higher education. With regard to housing, Faruqi cites a fall in the number of young people (25-34 years) who are homeowners and quotes various fragments of a study by the Reserve Bank of Australia talking about how the capacity of young people to rent housing has fallen in a brusque and clear way.

What characterises Generation Z would be that factors such as economic precarity, the last technological revolution, the cultural impact that began with 9/11, etc., have been a part of their lives from the very start. Therefore, as considered by Michael Dimock, what characterises the two generations does not differ that much:

In fact, the pioneer in generational studies, Chuck Underwood, affirms that Generation Z does not exist because there has not been any significant change in the family, religious models, etc. In summary:

“Before we declare a new generation has arrived, the differences have to be profound,” Underwood said. “One generation ends, and the next begins, only when the times and the teachings that young kids absorb mold core values that are significantly different from the generation just ahead of them. And we haven’t seen it yet.”

The guiding thread of the Millennial phenomenon: the current lack of  “intergenerational justice”. This term, which could be defined roughly as “The concept or idea of equity or justice between generations” also implies the possibility of equity and just treatment towards generations yet to be born. This term interrelates social, economic and philosophical problems.

We wouldn’t want to dwell on this question too long, but if we had to summarise how all the preceding information connects with the notion of “intergenerational justice”, we would like to cite Zygmunt Bauman’s fire alert:

He asked how much time it will take to combine the rancour of the French contingent of baby-boomers infuriated by the threats to their pension nests, with that of the class of 2010, who were denied their right to earn pensions. But combine into what, we should ask? Into a new war of generations? Into a new leap in the pugnacity of extremist fringes surrounding increasingly despondent and dejected middle-class precariat? Or into a supra-generational consent that this world of ours, prominent as it is for using duplicity as its survival weapon and for burying hopes alive, is no longer sustainable and in (already criminally delayed) need of refurbishment? 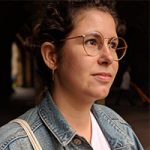 New opinion leaders use emotions and affinity to connect with audiences, often breaking the traditional hierarchy.

Henry Giroux: “Those arguing that education should be neutral are really arguing for a version of education in which nobody is accountable”

An interview with founder of critical pedagogy Henry Giroux on the meaning of education, suspicions regarding neutrality and on how current uncertainties could be a driving force to rethink and generate new possibilities.