The theoretical and practical burgeoning prompted by the Anthropocene—according to a significant number of scientists a geological era characterized by the human footprint on the planet’s ecosystems—along with the consequent sweeping assertion of the relational intimacy of worldly events seem to have banished the possibility of questioning an understanding of the world as an interdependent, autopoietic and potentially harmonious system. Provocatively, perhaps, this essay sets out to scrutinize how the desire to create a Haraway-style world could produce a problematically exclusive and deterministic project, thereby reproducing the colonizing violence of modernity.

Coinciding with the gradual anthropogenic pressure on Earth’s ecosystems, new forms of contemporary ecology have helped to reveal the relational vulnerability of human beings and their environment. Far from being an apocalyptic narrative, in the era of accumulating greenhouse gases, accelerating global warming and rising sea levels, mass deforestation, polluted marine ecologies and desertification among others, finite humanity has become a clearly perceptible material experience. In other words, as vividly shown in the CCCB’s exhibition “After the End of the World” (2017), the evolution of human beings on the planet is closely linked to processes that go beyond the limits of the social sphere, a space that, in the collective imagination, has traditionally and problematically been projected as separate from nature.

In this way, today’s ecological situation has revived a series of discourses and practices that exalt the relational condition of beings, human and non-human, and the processes that engender them as constitutive, following in a tradition of thought consolidated in the early twentieth century by philosophers such as Englishman Alfred North Whitehead. Illustrating this current that exalts the relational character as an initial condition for any possibility, Caribbean poet Édouard Glissant insinuated in Poetics of Relation that conceiving of the world as a whole requires insightful attention to the intricate complex of power relations and the colliding forces that go to make it up. Today, thinkers like Donna Haraway, known among other milestones for her work on multispecies, have reproduced the idea that the essence of any being is fragile, changing and constantly redefining itself according to its relationship with other beings, as well as with its material environment.

Laying bare the relational vulnerability of human beings helps to erode the fantasy of their supremacy on the earthly plane.

Effectively, this line of reflection has potential as a tool for analysis—that is, as a lens for interpreting reality. Firstly, laying bare the relational vulnerability of human beings helps to erode the fantasy of their supremacy on the earthly plane. The belief that the fate of the planet is an anthropocentric process, unlimited in time, based on the colonization and extraction of the nonhuman, has been ousted in the face of contemporary challenges such as climate threat or even uncertain paths being trodden by exponential technoscientific progress in sectors such as artificial intelligence. Secondly, promoting the discourse of a world in relation is conducive to greater human awareness of the integrity of other beings and phenomena as constituent parts of human beings themselves. In this sense, expert in Science and Technology Studies Maria Puig de la Bellacasa stresses the need to rethink care as a practice that enables the existence of other ecologies than just those based on the desire for human centrality. Thirdly, the rise of relationality as the means to interpret reality triggers a whole series of projections and speculations, embodied in different aesthetic manifestations, about a harmonious planetary future in which enabling relationships predominate over destructive practices.

Without underestimating the value and the achievements of this exaltation of the relational attribute of reality in the Anthropocene, this article seeks to offer an argument of prudence with regard to what is described below as ‘entanglement fetishism’—that is, the indisputable, celebratory and even emancipatory drive of the world conceived as an entity in relation. On the one hand, de-hierarchizing all the planet’s beings and events and placing them on the same level, where everything is constituted relationally, has dangerous depoliticizing effects that conceal human responsibility in the origin of the present planetary crisis. For example, ignoring that colonialism, capitalism and patriarchy are relational events motivated by processes of dispossession and theft compromises the repoliticization and realization of transformative alternatives. On the other hand, this preponderance of the relational character of the cosmos and the subsequent drive to reify a harmoniously interconnected world intensifies the normative nature of beings and their circumstances. To be relational or not to be. This supremacy of relations has a clearly exclusionary, deterministic tic, thereby reproducing some of the vicissitudes of modernity that the critical Anthropocenic discourse purportedly seeks to avoid. As philosopher Claire Colebrook reminds us, the expansive moralism behind the relational turn so present in the Anthropocene grants privileges to being in relation, above the horror of what simply is, without necessarily being related to anything. For Colebrook, the teleological projection of a world in relation reproduces the homogenizing shades of modernity, insofar as the definition of relations is based on a conception of a specific historical moment. She maintains that relational thinking drives a morality of the Western, European rationalist world: humanity is that which recognises itself in the framework of all the cultural variants that make up the entirety of a single, interconnected, self-aware world. Colebrook continues to elucidate, provocatively and acutely, that a world without relationality opens up the possibility of a multiplicity of worlds.

De-hierarchizing all the planet’s beings and events and placing them on the same level, where everything is constituted relationally, has dangerous depoliticizing effects that conceal human responsibility in the origin of the present planetary crisis.

What ethical and political responses are proposed by this current, suspicious of the conception of a deterministically relational world? The line of thought that has most comprehensively addressed the intersection of ethics and relationality is undoubtedly the Spinozist tradition that avoids associating the concept of ethics and a system of universal moral judgment whose goal it is to transform the world. In Spinoza there is no place for morality as a preconceived system of values, as good and evil are the expression of an encounter between beings or phenomena. An act is therefore bad when it deteriorates the elements of the relationship, whereas it is good when it is relationally generative—that is, the elements mutually reinforce its preservation. Specifically, the fundamental ethical and political question responds to the study of the relationships that determine the capacity of beings, objects and contingencies to affect and be affected. Inspired by the tradition of Spinozist thinking, philosopher Elizabeth Grosz points out that ethics is not so much about what the world should be like as about what the world is like. Recognizing the relational vulnerability of human beings and the subsequent absence of complete autonomy, Grosz describes ethics as the need to understand that as people we cannot control how to live and die, and therefore to reaffirm the events to which we are intimately destined. To consider humans as potentially redemptive, in keeping with most of today’s environmentalism ambitions of saving the world from climate change by transforming it into a sustainably interconnected entity, is to run the risk of reproducing the supremacist tics of modernity, which projects the human being as an autonomous subject, apart from our material environment and with the capacity to influence the future as though it were configured by human will regardless of the events around us. Paradoxically, it is this prideful conception of human beings and their longing for transcendence that caused the present planetary crisis in the first place.

The future in the Anthropocene often brings us back to Lauren, the central character of Octavia Butler’s novel Parable of the Sower, who, in a quasi-Spinozist attitude, describes the future of her African-American community as an ‘abyss’, to use the science-fiction writer’s term. Foreseeing the inevitable collapse of her neighbourhood amid an onslaught of exogenous threats, and far from aspiring to be a saviour, Lauren tries to weave and create a series of connected forces for survival in devastation: self-defence classes, education about a plant-based diet, encouraging the desire for knowledge within the community, etc. What is essential, then, is not the obsession with strategies to try to change the future, like today’s ecological discourse on the prevention of climate change, but hacking the relationships between beings and phenomena in order to survive the uncertain effects of chaotic entanglements and clashes between world events. So, although the relational character of the Anthropocene is presented as a valid formula for understanding the complexity of reality, we have to be cautious about instrumentalizing it for the purposes of a normative, exclusive and deterministic project. From a Whiteheadian perspective, in line with the conquests of fiction in all its artistic expressions, the future is conceived as radically open, not just to worlds in relation, but to an infinite multiplicity of events in collision, over and beyond the fetishistic impetus of universalist or totalizing projects. 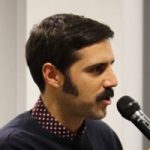 Terraforming the Earth, Redesigning the World

Climate emergency is forcing us to harness our ability to intervene in planetary processes and direct it at repairing the damage caused to the planet.