Some people claim that Bitcoin is the most disruptive internet technology after the internet itself. I don’t think that is an overstatement. The secret lies in the network that underpins the Bitcoin economy – the blockchain – which can transfer all kinds of digital assets as well as virtual currency. In the case of Bitcoin, this removes the need for the concept of a central bank that issues currency. In the case of other digital assets, it allows the decentralisation of services that can validate votes and issue personal identification credentials, educational qualifications, medical certificates, and other “ownership certificates”. In other words, the beginning of the end of bureaucracy, at least in the monstrous form that we know it.

Bitcoin is everything that money is: a system for depositing and recording values that can be exchanged for almost all kinds of goods and services. The only difference is that it does not physically change hands, and it is not minted or regulated by a central bank. Rather, Bitcoin changes hands digital bit by digital bit, through internet channels, and it is created and validated by its users.

Bitcoin is a form of money, just as cash, debit cards, and electronic transfers are. While currencies such as the Euro or the Dollar are backed by the governments that issue them (fiat money), Bitcoin generates its value through a computing system that can be compared to the mining of raw materials.

It is hard to believe that we can buy pizzas and book hotel rooms with something as intangible as Bitcoin, but as I said, Bitcoin is a currency like any other, at least in its fundamental aspects.

At the same time, as we know, everything is a remix, both in the physical and the digital realms, so Bitcoin is the culmination of a series of financial and digital technologies: from the “bit gold” designed by Nick Szabo to centralised payment systems like PayPal, mixed with unique mathematical components inspired by traditional elements such as bartering and the mining of precious metals.

What makes Bitcoin special is the fact that it is a living currency that is changing and evolving all the time. It merges code and knowledge, just like Wikipedia does, just like the entire internet does. But what made Bitcoin so popular and at the same time mysterious? In my view, it had to do with the alignment of three elements: What is the blockchain?

In spite of its mathematical complexity, we can think of the blockchain as an enormous ledger that publicly records every transaction – every single one! – that takes place in the Bitcoin economy. This allows us to know the owner of each bitcoin that has been generated to date (without breaking the principle of anonymity, given that Bitcoin uses pseudonyms). This process is ongoing, and can be seen on Blockchain.info.

Why is the blockchain one of the most promising technologies today? Because it has become a decentralised, automatic, massive mechanism that generates… trust. The kind of trust that underpins all currencies and their associated economies, including Bitcoin.

Satoshi Nakamato used the absolute trustworthiness of mathematics and cryptography to design the blockchain. And if that trust dies due to faulty software design or malicious hacking, Bitcoin will die too.

So given that blockchain is a mechanism that validates the ownership and authenticity of virtual currencies like bitcoins, why not adapt it and use it for other digital and physical objects?

As we know, our social institutions require middlemen to validate and certify ownership, ranging from university qualifications to personal identification documents, passports, and even intellectual property such as music and all kinds of artworks, etc. Some projects that are starting to use the blockchain technology in these ways include:

The blockchain is part of a new generation of internet systems, and an increasing number of projects are using the technology to design systems that eliminate the need for middlemen: wherever there is a central trust authority, the blockchain will probably end up replacing it.

At present, Bitcoin and the blockchain are in the midst of various disagreements about their future course. Ironically, this technology that is decentralised by design relies on a centralised element: its developers. It is in the nature of free software to split in order to create new projects, but this remains to be seen in the case of these new technologies. Bitcoin is not the only cryptocurrency, after all. There are dozens of others such as Ripple, Litecoin and Dash.

Meanwhile, even if Bitcoin is still an experiment in many senses, the world’s major financial institutions, including VISA, MasterCard, Citibank, UBS, Goldman Sachs, Barclays and Banco Santander, are investing in company-owned or third-party projects based on cryptocurrencies or the blockchain technology.

These institutions already recognise the potential of cryptocurrencies, particularly the blockchain. We should not be surprised if we soon find ourselves using a financial product based on these technologies.

And what about the end user? Can I use Bitcoin and the blockchain if I don’t have programming skills or knowledge of cryptography? As it happens, it is becoming easier all the time. Twenty years ago, only programmers could create a web page with text and images. Now a child can create all kinds of internet objects, connect them, and bring them to life, even artificial life, practically without touching code. The same will happen with Bitcoin and related technologies. To this end, there are projects that seek to make Bitcoin much more accessible and reliable, including:

Whatever the future has in store for Bitcoin and the blockchain, they are certainly inspiring a new generation of financial services that are fairer, cheaper, and more transparent and accessible. The potential social impact is enormous. Stay tuned. 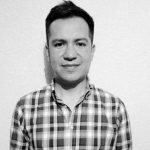 The Wealth of Networks

A review of the book The Wealth of Networks. How Social Production Transforms Markets and Freedom by Yochai Benkler.