In recent times, the media often reports on initiatives to digitalise works from the collections of museums, libraries and archives. The main objective of these initiatives is to disseminate the works and provide access to them, and perhaps also to attract visitors to the cultural centres. But while they appear to be a good idea, these initiatives sometimes pose a paradox in which opening up the works actually leads to closing or limiting their use. These cultural institutions often hide something: most of the works that they offer are already in the public domain, and as such they can be freely used. Nonetheless, certain conditions that restrict free use are imposed when they are digitalised. Is this a new way of closing the public domain?

In mid-May, the media reported that the Met (The Metropolitan Museum of Art) in New York was publicly releasing 40,000 digital images and making them available for download free of charge for non-commercial use, as set out in the terms and conditions of the website. This group of images, which are identified by the acronym OASC (Open Access for Scholarly Content), consists of digital reproductions of works from the Museum’s collection that are in the public domain, or not covered by known copyright. At first glance this sounds like good news, but if we dig a little deeper we discover that rather than promoting access to culture and knowledge, this initiative is actually closing it down. I will try to explain why.

First of all, we have to look at the nature of the items selected by the museum: a group of works with certain specific characteristics that are in the public domain or free of known copyright restrictions. This has to be so, because otherwise the museum would have to go through the process of requesting permission to make each of these digital images available to the public. Simply acquiring or possessing a work does not generate any kind of usage rights, and as such it is always necessary to seek permission from the copyright owner – be it the author or somebody else – except in the situations specified in the applicable legislation. These situations can include the reproduction of works for conservation purposes, but they generally don’t include making digital reproductions available to the public. It is thus essential to determine which works are in the public domain, and this is no easy task. One of the defining features of copyright is that the period during which the copyright owner has exclusive rights to decide how his or her work is used eventually runs out. When copyright has run its course, we say that the work is in the public domain, and that’s when anybody can use it freely, without restrictions.

At present, there is no standard international period for copyright: it varies according to the legislation applicable in each country. In the 1990s, Europe set the copyright period as the author’s lifetime plus seventy years after his or her death, although different states have provisional regulations that are still in force, so there are still some differences. In Spain, for example, the works of European authors who died before 7 December 1987 become part of the public domain eighty years after their death, in accordance with the legislation that was in force until that date. This means that works by authors such as Sigmund Freud or Walter Benjamin are in the public domain in their native countries, but not in Spain. The complexity involved in working out whether or not a specific work is in the public domain in a particular place has led to the creation of public domain calculators. These tools work out whether a work is in the public domain in a particular jurisdiction based on a series of parameters such as the type of content, the nationality of the author and the year of his or her death. When a museum, archive or library decides what works it can reproduce and make available to the public, it should provide information on the copyright status, or, in other words, on how we can use the works that we access through its website. And this is where things start getting complicated. We very often find that the digital images of works in the public domain are accompanied by a copyright symbol followed by the name of the institution, be it The National Gallery in Britain, the Louvre in Paris, or the National Library of Spain. When we see this symbol, we are supposed to assume that the copyright belongs to the institution [1]; but what copyright applies if the work is in the public domain? Generally, the cultural institutions obviously don’t own the copyright of the original works because, as we’ve already mentioned, the acquisition or possession of a work does not automatically entail exclusive transfer of rights. So what content are they claiming the rights to?

In most cases, the cultural institutions are claiming rights to the digital reproduction of the work. But can we treat these reproductions as original works? In the late twentieth century, a New York judge ruled that photographic copies of works in the public domain could not be protected by copyright, because they were lacking the main characteristic of an original work: originality. This ruling concerned the Bridgeman Art Library, a European institution, but it was based on US law. Although we are yet to see how a European court would resolve a case of this kind based on European law, we could expect a similar result: a digital copy of an artwork is just a reproduction and, as such, it cannot be considered an original work in itself. If the work is in the public domain, so is its digital reproduction. This is the claim made in the Public Domain Charter drafted by Europeana, the European digital library, and in the Public Domain Manifesto promoted by Communia in defense of the digital public domain. Even though most European jurists support this argument, some cultural institutions are still using copyright as a tool to restrict the reuse of digitalised works in the public domain. Some years ago, Britain’s National Portrait Gallery attempted to make Wikipedia remove some images, claiming that it owned the copyright to them. As well as warning that making the images available to the public was an infringement of its copyright, it made further claims, such as alleged non-compliance with the terms and conditions of use and infringement of its sui generis database rights, which is how it conceived of the collection of images hosted on its website. As we can see, the images currently remain on Wikipedia, labelled as public domain. I’d like to take this opportunity to thank museums, libraries and archives for their work in making their cultural wealth accessible to everybody through digitalisation projects. Nonetheless, I ask them not to hide or close the public domain, but to share it and to make it known clearly, as other institutions from the British Library to the Rijksmuseum are already doing. I’d also like to see them respecting the integrity of the works: a moral right that pertaining to authors, which persists over time and doesn’t run out in jurisdictions like Spain, and which is sometimes threatened by watermarks or misleading copyright symbols. This practice should be avoided according to the European Commission’s recommendations on the digitalisation of cultural material.

We all know that these initiatives cost money and that we have to find models that generate income. But sharing works in the public domain does not mean that they cannot be commercially exploited, as they have been until now, or that cultural institutions can’t charge for high-resolution copies, for example. What isn’t fair is to try to use copyright as a solution for everything. Let’s allow public domain works to remain in the public domain, regardless of their format or medium, so that we can all enjoy them freely without fear, uncertainty or doubts. Long live the public domain!

[1] As set out in article 146 of Spain’s current Intellectual Property Law: “The holder or exclusive assignee of the exploitation rights of a work or production protected under this Law may place his or her name before the copyright symbol, specifying the place and year of release of said work or production.” 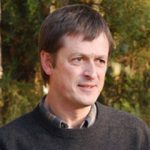 The Washington Declaration on Intellectual Property and the Public Interest

Overview of the ideas discussed in the book Spreadable Media. Creating value in a Networked Culture by Henry Jenkins, Sam Ford and Joshua Green (2013).

Museums and the Web: 20 Years of Debate on Digital Transformation