Except for rare exceptions, highlighted above all for their media impact value, the dominant history of the Internet is that of a narrative sequence of overwhelming advances and spectacular successes. It has ceaselessly conquered spaces of all kinds, physical and spiritual, material and digital, connecting living beings and machines, so that we are no longer capable of even imagining whether, in this digital expansion, there can ever be any turning back. If we were to consider this question with regard to the Internet, the first thing we would say is that we are talking about a young, almost carefree cyberspace, which still has a long way to go before we are presented with that remote possibility of its “deflation”.

However, processes of expansion travel very rocky paths: not all moves are advances. Sometimes truly catastrophic regressions occur, however much we don’t see them or don’t get full news about the event. As if they were copies of the black holes that we barely know, these digital black holes explain to us, from the other side of the mirror, the dynamics of the Net: what we do on and with it, what it does to us and the consequences. Digital black holes, as happens in the universe that we do know, chisel out the landscape of cyberspace; they determine its dynamics and establish the game rules from the side of the “dark matter”, which we do not see even though we intuit that it exists, although we do not pay much attention to it either.

Digital black holes (DBHs) do all this and much more. In some cases, you, dear Internet User, are simply yet another victim of the voracious appetite of the DBHs fed by reasons of force majeure that are irremediable and overwhelming, like a tsunami. In others, it is precisely you who causes its apparition and you who hands over to it all the sustenance you are capable of providing it: hopes, visions, money, effort, intelligence, plans, resources of all kinds and, even, to say it with a commonplace that is currently so in vogue, those dreams that you had believed were finally going to come true. You hand it all over, and what’s more, you don’t even look back, perhaps dazed by the apparent simplicity and inevitability with which the disaster has occurred, in the majority of cases without leaving any trace or memory. At the end of the day, we don’t all have the mass media following our every step.

When the Net is examined from this perspective, a panorama appears to us that is much more useful for understanding a phenomenon as extraordinary as the Internet and the numerous ways in which we manage in the digital universe. When observing the Net from a “deep telescope” to unravel its most discreet structures, the first thing to surprise us is that never before had the History of the Internet (of the digital universe) been tackled from the viewpoint of the extinction of knowledge and information as a result of the upheavals that, to a greater or lesser measure or degree of transcendence, have constantly shaken cyberspace since its creation. According to the highest of the different measurements that have been made in this respect, it is estimated that around four fifths of the information and knowledge generated on the Internet since its creation has disappeared. The DBH has taken charge of alleviating such a burden and erasing it from the virtual map, almost without leaving a trace.

The reasons for these cataclysms are many and of very diverse origin. The same thing occurs with their dimensions and reach. Sometimes they are authentic “major extinctions”, at other times what disappears are technological structures of different dimensions, or groupings of very specific info-systems or of some of the species that populate them, such as organisations that depend upon these regions. What is moving in the depths of this agitated scenario are powerful events, frequently difficult to foresee or distort, sometimes with the appearance of events of force majeure, at other times promoted by internet users themselves, where a preponderant role is played, above all, by what we could call the four horsemen of the digital apocalypse, constantly launched into a gallop from the first day that what we today call the Internet started to be shaped, and that constantly, bit by bit, are transforming what, to our eyes, looks like a relatively manageable digital universe:

The result of the combined and unequal action of these horsemen is that we are constantly pushing forward the frontiers of the virtual space and opening up new territories in which we have no knowledge of their relief, their structures, their functions and, above all, the implications of occupying them without the knowledge that we would use, for example, in similar actions in the physical world. Furthermore, each new creation/invasion of these spaces usually corresponds with changes in population dynamics, accompanied by leaps in technological evolution and the dissemination of innovative processes of virtualisation. Therefore, the information turnover speed accelerates, which exponentially increases the need for new knowledge to negotiate the emerging challenges. However, it is not easy to solve this dilemma, because to do so it would be necessary to get around the digital black hole. And, it is quite apparent that this mission is not at all easy for us. 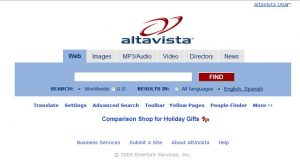 Where and how can we check that the DBH has sunk its teeth in, with ill-fated consequences? In this respect, we have access to a few methodologies, some emerging, others consolidated, that allow a species of inverse engineering to be carried out to detect its presence and the reasons behind it. In fact, we at Lab-RSI have developed a growing typology with a high prediction value for detecting projects destined to be swallowed up, sooner or later, by the DBH. But we are now going to use a simple classification of three kinds of extinctions, according to criteria of intensity and density, whose outstanding features are easily recognisable by any Internet user:

The major extinctions. Changes in the dominant technological structures that bring with them colossal losses of information and knowledge, of experiences and relations, of virtual organisations and structures. For example, the leap from BBS and organised virtual communities through the collective distribution of electronic mails towards the first platform technologies (citizen networks, Compuserve, AOL, APC, Servicom, etc.) that even offered direct access to the Net; the transfer from these platforms towards the Web, which meant an almost immediate loss of enormous amounts of information and knowledge that, either were not converted into the new format in time, or were simply abandoned in the face of the arduous task represented by their “transfer”. The bursting of the technology bubble, the massive liquidation of the so-called dot.com companies, also considerably fattened the DBHs. Hardly any traces remain of those magnificent investments by telecoms operators in “reference” portals, propped up by grand media outlets created in the blink of an eye and wrapped up in companies generously paid for based on dreams that were barely vapours in the digital cave…

Medium-sized extinctions. Suddenly, without knowing very well why, broad sectors of activity on the Web disappear, without leaving a trace. Some technological modalities or ways of doing things change, cultural norms appear that were hardly glimpsed as they reared their heads, and a disproportionate importance is acquired by the narratives of marketing agencies or the mass media, which transmit partial, segmented, self-interested views, focusing on a few select brands, despite referring to a universe where billions of people coexist. This reductionist analysis, which strengthens the quality and capacity of certain focal points of the Net, such as Silicon Valley, certain universities and their supposed reputation in “online learning”, the “refreshing” tendencies in company creation, fashions in e-commerce, etc., fool thousands and even millions of inattentive Internet users who conceive and execute their initiatives in the very jaws of the DBH without even noticing the risk.

Everyday extinctions. Each day, the digital black hole acts like a giant rubbish tip for initiatives, projects, processes of all kinds, resources and inestimable volumes of information and knowledge of all sorts and organised in numerous ways. All this is caused by a mixture of ingredients that have been active almost since the very start of the Internet: poorly conceived projects, distorted view of the technological requirements for acting on the Internet, imprecise or oversized objectives, virtual structures that do not correspond with the resources available or with the goals aimed to be reached, expectations fabricated in the smoke factories that proliferate everywhere, following of tendencies that supposedly promise eternal riches, etc. In each one of these bites, the DBH destroys, in the solitary discretion of cyberspace, files, databases, websites, lists of all kinds, projects, expectations, information flows and, of course, unexplored possibilities, and nobody knows whether they will ever form part of “the priorities” again.

Each of these extinctions, whether due to force majeure or perpetrated by humans, bear considerable loads of mistaken or non-substantiated decisions, taken at times of change (all times are times of change on the Internet thanks precisely to the 4 horsemen of the digital apocalypse) that were perceived at times as the confirmation of rites established in preceding activities, or as the prologue of fascinating adventures, but that would never have been undertaken in the physical world in these circumstances. For this reason, the digital black hole is a very rich concept that allows us to obtain unrivalled knowledge on what we do or should do on the Net, on the formulation of our plans and projects, on the knowledge necessary to be able to execute them and, in short, to prevent our actions becoming a new helping of food for a digital black hole that, let’s not forget, only has to await us and suck in what we generously offer it. 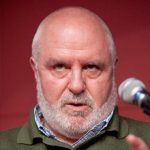 Digital technologies have allowed an unprecedented leap in the capacity to generate and store information. The volume of data grows by the day.

The Internet Universe Educational Briefcase is designed to take knowledge and reflections about the impact of the Internet on our lives into the classroom.