There is a great deal of excitement around the impact of ‘big data’ on innovation and growth: more data and improved analysis methods can help organisations to create new products and services, and optimise their decision-making capacity. In this post, I look at the implications of the data deluge for the arts and cultural sector, which does not generally generate vast amounts of data, and in which turning a profit is often a secondary consideration. I show how data can help the sector to create value by helping it to understand its audiences better, to measure the (public) value that it generates, to develop new business models and to learn from its creative experiments.

We are currently producing and collecting data at an explosive pace. Just consider the ‘data trail’ each of us leaves in our wake every day simply by carrying and using a mobile phone, participating in a social network, or shopping online. The Web is like a vast mirror that reflects our actions, and it can provide insights into our behaviour, and even our desires.

We are also becoming better at extracting knowledge from this data using techniques such as machine learning (algorithms that learn from data), network science (which maps our position in relational networks) and text mining (which identifies patterns in unstructured content), to name a few. The results are products, services and platforms that we use every day –e-mail spam filters, collaborative recommendation systems on websites like Amazon, matchmaking features on dating websites, fraud detection in the banking sector, and so on. Aside from being the basis for the development of new products, data can also be a source of insights that allow organisations to make better decisions –about what TV series to commission, for example, what version of a website to develop, or how to reward employees.

All of these elements (a greater volume and variety of data, which is created more quickly, and can be used to create value) come together in the idea of ‘big data’, which has taken the business world by storm –Google Trends (itself a big data service that uses search data to measure user interest in different topics) reveals a dramatic increase in the popularity of this term over the last two years. Consultants and tech providers agree that big data has massive potential, and a recent report shows that 91% of Fortune 100 companies have at least one big data initiative in progress. (For a good introduction to the phenomenon and its wide-ranging implications, see the book Big Data, by Kenneth Cukier and Viktor Mayer-Schönberger). Dada Visualization I by Mario Klingemann.

The implications for the arts and cultural sector

But how relevant is all of this for the arts and cultural sector –which includes arts and cultural institutions as well as cultural industries like music, publishing, film and broadcasting–, which rarely generates massive datasets (although there are exceptions, particularly museums and libraries with digitised collections), and in which commercial value and profit are often less important than cultural and public value?

I believe that big data is, potentially, highly relevant for the sector. We just need to be careful about definitions.

It is clear that most arts and cultural organisations don’t generate petabytes (millions of gigabytes) of data, and don’t need to use parallel processing frameworks like Hadoop to deal with them. In this sense, they don’t operate in a big data world. But it is also true that many of these organisations can now access much more data about their users than ever before. This data is also increasingly diverse –it includes the usual tabular data (e.g. visits to their websites over time), network data (from social media platforms), text (user feedback and comments) and even video, audio and sensor data. When we take all of these together and add open data (for example, government data, or the big cultural datasets in Culture Hack), things start to get bigger, and more complex. Professor Ralph Schroeder, from the Oxford Internet Institute, defines big data as ‘data unprecedented in its scale and scope in relation to a given phenomenon’. In this respect, the arts and cultural sector is in the midst of a big data moment.

And what about the uses of this data? Can it help create the types of value that matter to arts and cultural organisations? I will shed light on this question by considering the role of big data in the types of arts and cultural innovation identified by my colleague Hasan Bakhshi and Australian Economist David Throsby in the Nesta report ‘A Culture of Innovation.’

It is still early days in the adoption of data-driven innovation in the arts and cultural sector, but the examples discussed above suggest that it has great potential. If arts and cultural organisations are going to fulfil this potential, they will need to access new data skills, develop an analytical culture, adapt their processes and think innovatively about how to measure the value that they generate. They will also need to learn how to address data pitfalls and biases, and maintain a critical attitude.

Funding bodies should also explore ways to encourage experimentation with data in the arts and cultural sector –by means of targeted interventions like the Digital R&D fund for the Arts set up by the Arts Council England, Arts and Humanities Research Council and Nesta–, skill-building programmes and enhanced receptiveness towards new value metrics. This is not just important for the sector itself, which stands to gain much from transforming its data into an asset, but also for the sake of the rest of society, which surely has much to learn from innovative uses of data in the arts and cultural sector, and from a critical engagement with data –one of the defining aspects of our time. 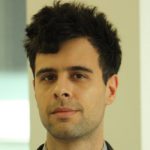 Researcher in Economics forming part of the Creative Economics team of NESTA Policy and Research.