As the new generations seem immune to the fear of being laughed at, this article sets out a defence of ‘cringe’ – of making a fool of ourselves, of daring to be cringeworthy, of being sincere and not burying ourselves under layers of irony.

“You shouldn’t be afraid of cringe (…) People who get what they want, people who make it, are cringe”. When Rosalía said this on the podcast La Pija y la Quinqui, pronouncing “cringe” a la española, as people in the know do here, with a raspy Spanish ‘j’ and a well enunciated ‘e’ on the end, she was also rephrasing a very old aphorism in art: if you want to get anywhere, you first have to make a fool of yourself. In her book of essays A Director Prepares: Seven Essays on Art and Theatre, theatre director Anne Bogart says the same thing in different words: “if your work doesn’t sufficiently embarrass you, then very likely no one will be touched by it”.

Even when she was getting ready to release Motomami, with the media whirlwind in her favour and placed in the best position an artist can achieve – with both the enthusiasm of the general public and the respect of the (almost always self-proclaimed) “gatekeepers” –, Rosalía once again felt what it was like to generate cringe on a grand scale. In January, when she was dropping hints about her upcoming album, she posted a 24-second video of herself on TikTok riding a chairlift while lip-synching and miming a few lines from her song Hentai, which everyone is now familiar with and which says “Te quiero ride, como a mi bike. Hazme un tape modo Spike. Yo la batí hasta que se montó, segundo es chingarte, lo primero Dios.” (Which could roughly be translated as “I want to ride you like my bike. Make me a tape like Spike. I beat it till he got on, fucking you comes second, the first thing is God”).

The combination of the uncomplicatedly “pretty” melody (no boundary is crossed so quickly as that which separates pretty from cringeworthy), the lewd reggaeton-style lyrics and the video itself, which resembles the meme of Emma Roberts on the beach but with snow, triggered an aesthetic short-circuit in most people who heard it for the first time, who didn’t understand where Rosalía was going with her new album or why she was singing such apparently ridiculous lyrics.


Barely five months later, masses of people were singing these same lyrics at concerts, tilting their heads to the side like you do with timeless ballads, and my four-year-old was reaching his best high notes as he ran down the hall singing “enamorá de tu pistola/roja amapola” (in love with your gun/poppy red). The journey from cringe to full cultural acceptance was over in the time it takes to digest a meal in the world of pop.

Every now and then, there’s a debate about how to translate this ubiquitous and specific concept of “cringe”. In Spanish there are always those who offer the word “grima”, but this word, otherwise so usable, has only a 60 or 70% semantic overlap with cringe. “Grima” has more to do with disgust – it’s not so much concerned with other people’s embarrassment, nor does it capture the beauty that can be felt in the things that make us cringe, even by those who cringe the most. We only need to look at some examples to see this. Take Bussi, the mascot of the Sabadell bus service, with his huge body and small head… contemplate his signature dance steps. Does he make you cringe? Of course he does. Does he make you feel grima? Not at all. Any good person would take Bussi home.

Optimot, the linguistic consultation service of the Generalitat de Catalunya, offered several possibilities on Twitter for avoiding the use of “cringe” when writing in Catalan. The best of all is the untranslatable vergonyeta (the diminutive of vergonya, or “embarrassment”). It’s not the same to feel embarrassed as it is to feel slightly embarrassed; and it’s not the same to feel embarrassed for ourselves as for someone else. The physical component is important: in English, “cringe” is derived from “cringan”, which is the Old English word for falling or becoming bent in battle. It was not until the 19th century that the meaning of cringing from embarrassment was introduced.

Internet historiography is always tricky, but there are some quantifiable milestones if we trace the cringe timeline. In 2012, the first Reddit sub-forum dedicated to things that generate this sense of irony-free embarrassment was opened and began to attract hits such as the video of Microsoft executives dancing at the Windows 95 launch presentation or a YouTube video in which a teenage boy declares his love to his girlfriend on their seven-month anniversary. The word “cringe” became popular, started to be used as a verb, noun and adjective at the same time, and permeated everything until it flourished in 2016 with the creation of TikTok, the social network where everyone makes a fool of themselves all the time, deliberately and while looking at the camera.


The science of cringe also has its professors. One of them is Michael Dombkowski, the administrator of the aforementioned Reddit group, who maintains such strict rules about what is cringe and what is not that they caused the group to split. Now there’s another one called “cringe Anarchy”, with fewer rules. Another is Leia Jospé, a photographer and videographer who runs the extremely popular Instagram account @favetiktoks420, and who has been proclaimed “Curator of Cringe” for her ability to find the most candid and ridiculous tiktoks. Though she’s only 30 and thus a millennial of the younger stripe, her account also reads like an exposé of Generation Z, who are, if one believes in such generalisations, supposed to be more immune to the fear of making others laugh, less fearful of the cringe police. “I would be humiliated to act like that, even alone in my room to the camera. TikTok kids are kind of past self-awareness. They don’t need it, they don’t care about it, they never had it,” Jospé said in an interview.

If her theory is true, the youngest citizens of the internet, those whose birth was already graphically covered on their parents’ Facebook profiles in posts that would surely be “slightly embarrassing” today (social media posts age badly), should already be immune to the power of repression of the cringe police, of the judgement of those who decide who is and who is not making a fool of themselves.

Dena Yago, an artist and member of the semi-ironic trend-predicting collective K-Hole (it was never clear whether they were an actual marketing studio, an art collective playing at being one, or both) believes that cringe as a form of excessive sincerity and lack of irony has come to dominate contemporary art, citing Marina Abramovic, KAWS and Yoko Ono as authors who generate this sensation. And Melissa Dahl, a journalist specialising in science and psychology, argues in her book Cringeworthy: A Theory of Awkwardness, that occasionally provoking embarrassment is not only healthy but necessary, and defines her “cringe theory”, inspired by psychologist Philippe Rochat, as the difference between how we see ourselves and how others see us.


It’s entirely understandable that we succumb to the repressive action of the cringe police, just as we succumb to the repressive action of any kind of police. “People avoid embarrassment for good reason,” Bogart also said in the book quoted above. “It’s not always safe to reveal ourselves and relive embarrassing moments. We do not want to make ourselves vulnerable to everyone”. But to give in to it is more than an aesthetic surrender. “Cringe is the gap between how others see you and how you want to be seen, opening up the tricky ambiguities of how you see yourself,” wrote Charlie Markbreiter a few months ago in a piece in The New Inquiry on the relationship between cringe and dysphoria among trans people in which he concludes that cringe also acts as a weapon of biopolitical control. Video essayist Natalie Wynn, known as Contrapoints, adds a psychological layer to that theory: the things that make us cringe, she says, are those that remind us of what we hate in ourselves.

While I myself was going through these texts and videos and writing this, preparing to come to a pro-cringe conclusion, an exhortation along the lines of Dahl, and Rosalia, and even Taylor Swift, who in a graduation speech advised recent NYU graduates to “embrace the cringe”, while trying to sum it all up persuasively, I was distracted several times as I looked at Twitter, as I do compulsively every few minutes. I then did something that I also repeat many times a day: capturing a tweet or Instagram post that at the time strikes me as soppy, overly earnest or fake and sending it to two of my most extremely “online” friends. “Look how cringe”, I’m telling them without actually telling them. No doubt someone out there does the same with the tweets I write and the thought of generating cringe in a chat room I’m not in scares me more than it does Rosalía.

I don’t have TikTok, I don’t belong to Gen Z, and I’m only just a millennial. I don’t even pronounce “cringe” with a raspy ‘j’. Perhaps I’ll never manage to free myself completely from the love of irony with which I was brought up. I suspect I lack the specific and very useful talent of being unafraid of ridicule, though I possess it in sufficient doses to make a living from writing, which is frankly cringe. 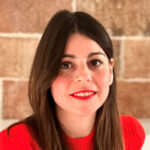 The short and fragmented formats that succeed on social media make decontextualisation one of the cornerstones of today’s digital culture.