Crises, although of different natures, coincide in causing political, economic, and social instability in those places affected by them. But for this same reason they tend to become salutary lessons and help foster social mobilisations that aim, among other matters, to improve the everyday life of those who suffer these situations. “Movements in the pandemic”, as they have been termed by Raúl Zibechi, have acted in these recent months of health alerts to tackle the population’s most urgent needs and have generated new practices and knowledge whose consequences in the short, medium and long term have yet to be studied.

In late March, Donatella della Porta launched a prognosis full of light to a world that had already started to feel the effects of the global pandemic: the crisis would provide a new scenario for social creativity. This political scientist alerted that social movements would be driven to respond to the idiosyncratic needs of the moment, while adapting to circumstances determined by the impossibility of people coming together and meeting in physical spaces. Effectively, the start of the state of emergency in Spain (14 March) and the subsequent peak of the pandemic (26 March) had an individual and collective response organised through the applause at eight in the evening in support of healthcare workers, the condoning of rental payments for tenants without income, the private classes and free concerts from teachers and artistes or the writing of letters to comfort those admitted to hospital, among others.

From all these spontaneous and diverse expressions of solidarity, the view is inferred of a shared problem for which citizens are co-responsible and one that can be resolved from the sphere of the communal. Although these actions were also repeated in other places where the everyday life of the population was threatened by the health crisis, in Spain they were promoted by a wide-ranging tradition of social mobilisations dating from the Transition. It is important not to forget that the country was severely affected by the economic crisis and the bursting of the property bubble in 2008, which encouraged the emergence of networks devoted to mitigating the social impact of its consequences. As documented by various social research projects, the 15M movement was set up and became a space for experimentation with models based on feminism, the commons, DIY (Do It Yourself), anti-welfarism and anti-charity, which aimed to satisfy people’s material needs at the same time as respecting, involving, and empowering them. The legacy of the 15M movement spread to initiatives aimed at reducing the effects of COVID-19, sometimes in a politically aware way, as happened at the start with Frena la curva (‘Flatten the curve’), a citizens’ platform that mapped points of need, help, or mediation to organise collaboration between people. One of its first promotors, Patricia Horrillo, recognised the experiences from the 2011 process as essential  for responding with urgency, but in a communal and caring way: “From that 15M which permeated so many of us and changed our way of thinking and functioning forever”. And these ways of doing and imagining came together back then, and also in 2020, combined with the communal appropriation of technologies, which in this crisis have presented, in practice, a condition for making citizens’ participation possible in a society that has been locked down for months.

This technological imaginary must not be confused with the displacement of their practices to the strict sphere of the online. To the contrary, they displayed more complex forms of participation by developing hybrid strategies aimed at the surrounding environment without losing connectivity in the networking space. In the case of Frena la curva, this hybridisation materialised in the figure of mediators, people who mapped out the needs of others who did not have access to the Internet or sufficient technological skills, in order to put them into contact with the help that they required. Others preferred to put up posters with their offer of help in their building’s lift or entryway so that their neighbours could see them. In other cases, healthcare personnel helped isolated patients to connect with their family members via tablets and mobile phones from donations organised by Derecho a conectarse (‘Right to be connected’).

The creative appropriation of technologies, for its part, found an essential place in the production of health material, to supply hospitals overwhelmed by patient admissions. Diving masks commercialised by Decathlon ceased to be a leisure article and were converted into respirators though a 3D-printed piece whose design was shared around the digital manufacturing community organised via Coronavirus Makers. This network brought together specialists in engineering, medicine, and 3D printing for the creation of various types of materials (such as visors, ear protectors and face masks) whose design and manufacturing procedure was circulated in a free and distributed way through local nodes organised into Telegram groups. Thus, beyond the creation of health material, these practices embodied non-hegemonic models of learning, research, and manufacture. Therefore, in the actions of Coronavirus Makers and other social movements, not only was there a proposal for social change underlying them, but also an interpretation of the actual crisis experienced up to that point could be drawn from them. To paraphrase social researcher Anastasia Kavada, for these groups COVID-19 was not an abstract problem, but it had a direct impact on the reality of the closest people. The case of the “maker” movement, specifically, highlighted the need to reinforce public services in order to guarantee the protection of the population in similar situations that might arise in the future.

This desire to frame the pandemic as a social problem turned out to be even more explicit in other groups such as the Comité de Emergencia Antirracista (‘Anti-Racist Emergency Committee’), a network made up of various groups that aimed to identify and respond to situations of vulnerability in groups such as migrants, Asians, gypsies, Afro-descendants or Muslims. While resources were sought to provide medicines, foodstuffs, and housing, they also endeavoured to denounce hate speech, directed mainly against the Chinese community. In this way, although coronavirus became a problem of countrywide reach with lockdown measures established nationally, this initiative deliberately assumed that the circumstances and consequences of this scenario affected different sectors of the population unequally and worked to make this discrimination visible.

It is in this sense that “movements in the pandemic” showed their social impact beyond the material results of their actions. They were precursors, in that they contributed to reconsidering the use and importance of technologies, but also insofar as they included, in the public debate about the pandemic, questions such as the need to recover collective solidarity, awareness of social inequalities, the construction of shared solutions, and the defence of public services. The practices developed during the peak of the pandemic, as well as those that have continued subsequently, must be identified and included in any attempt at comprehension of post-COVID-19 society, not only because they have had an influence on its social interpretation, but also because they collaborate with the building of possible futures that emerge from reflection on the causes and consequences of the current global crisis. 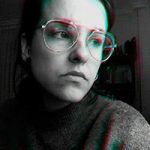 Iconographies of the Pandemic

We review the visual symptoms of the pandemic, its representation by individuals, politicians, media and the entertainment sector, and the dilemma posed by combining these with the personalised tracking of the population.

The Digital Environment is Fighting COVID-19 in Africa

Across the whole continent initiatives are appearing that, supported by digital technologies, aim to fight the virus.