Overcoming the unjustified separation of technoscientific knowledge and humanistic studies was one of the prime concerns of Francisco Fernández Buey, author of Utopía e ilusiones naturales. Knowing what to look out for in a complex world like our own, intervening from a perspective well documented in controversial poly-ethical issues, understanding injustices and profound social inequalities in order to tackle them and overcome them and generating a fundamental concept of the good life, demands of everyone civic courage and a plural, hospitable culture. A culture that considers the works of Goethe, Marx, Simone Weil and Berger to be as essential as those of Hipatia, Stephen Jay Gould, Darwin, Emmy Noether and Bertrand Russell.

Science with a conscience and a conscience inhabited by the best scientific-humanistic and artistic knowledge available: these were the motto and the central aspiration of the author of Reading Gramsci, an original ecologist, scholar, reader and performer of the works of Marx, Brecht, Bartolomé de Las Casas, Platonov, Weil and Einstein.

Know the roads of hell to steer clear of disaster. This reflection by Machiavelli was the central core, accentuated with the passing of the years, of many philosophical interventions by Francisco Fernández Buey (1943-2012). To keep away from paths of destruction, hubris, social margination, oppression and exploitation, and death on occasions, to position oneself in the terrain of the personal and collective good life, knowledge and the attached praxis: a broad, diverse, rigorous, non-unilateral knowledge that overcomes old and paralysing divisions, founded on diverse theoretical, pre-theoretical and artistic knowledges was – and always had been in his case – a key element.

The author of Poliética was never a supporter of a culture focused on subjects, themes and scientific methods that marginalised or disdained “humanistic studies”. Nor, either, of the classical consideration of the “learned man”, conceived as an erudite scholar of literature, history, philosophy or the arts, without any facet located in techno-scientific knowledge, underestimated as merely technical or insubstantial from a humanistic perspective. If  Wittgenstein, Paul Éluard, Joyce, Margaret Atwood and Picasso were essentials to become a learned person in the 20th century (or in our century) and thus be able to “rise to the circumstances”, then equally essential was knowing, though not as specialists or researchers, the works of Darwin, Heisenberg, Feynman and Alexander Grothendieck, for example. Among other disciplines, the history of science could be a good instrument for bringing together these two shores of human knowledge – always provisional, always reviewable – into one single flow.

Thus, therefore, overcoming the separation and lack of communication between these two partial cultures by a third, composed of and at the same time supportive of scientific knowledge and of historical-literary, artistic-philosophical knowledge, was one of the central objectives of the reflections and contributions of Francisco Fernández Buey over the course of a broad spectrum of study, knowledge and work. It began with the articles written in his younger years, in his texts on Heidegger, Fourier, Gramsci and Della Volpe (his doctoral thesis is a contribution to the criticism of scientificist Marxism), and ended with what will be his posthumous work, Para la tercera cultura, an aspiration that was accentuated with the passing of the years. His diverse and rich approaches to the scientific, philosophical and political work of one of his maximum reference points, Albert Einstein, are an illustration of this. Also, of course, his in-depth study of the work and the consistent output of Simone Weil and Rosa Luxemburg. For Francisco Fernández Buey, the humanist of our era does not have to be a scientist in the strictest sense but nor does he or she have to be necessarily the counter-figure of the natural scientist or “the end-of-the-century representative of the spirit of the prophet Jeremias, always complaining regarding the potential negative implications of this or that scientific discovery or of such and such a techno-scientific innovation”. If he limited himself to being that counter-figure, the man of letters, the philosopher, the traditional intellectual (the humanist, in short) he had everything to lose. He could opt to remain silent before contemporary scientific discoveries and abstain from intervening in the public polemics regarding the implications of these discoveries, but then he would cease to be a contemporary.

Aware of this, the humanist of our age should also be a friend of science. A friend of science in a similar sense to how, as Francisco Fernández Buey pointed out on some occasion, the balanced and reasonable literary or artistic critics, of the narrators, of the painters and of the musicians, also were.

If it was necessary to aspire to a third culture, to another culture, and to a science with a conscience, the success of this aspiration was not going to depend so much or only on the capacity to facilitate dialogue between philosophers, men and women of letters and scientists “as much as on the ability and precision of scientific communication when finding the appropriate metaphors to make known to the public in general what science has come to know about the universe, evolution, genes, the human mind or social relations”. This was the point.

This latter point forced the scientific communities to pay attention not only to data capture and processing, to the structure of theories and the deductive logic in the formulation of hypotheses, to the research method, but also to the exhibition of the results, to what the ancients called “the exposition method”. What we could call well-done scientific dissemination. In their opinion, if importance was conceded finally to the exposition method, to the form of exhibiting the scientific results achieved, it would be necessary to return one’s gaze towards two of the classics that lived astride between science itself and the humanities, and that gave a great deal of importance to the architectural form of the exhibition of the creation and research results: Goethe and Marx, two central authors in his work also.

For the humanist or student of humanities to come to be friends of the sciences did not only depend on regulated university teaching. Nor exclusively on study plans that ultimately became standard in them. As much as the academic plans and regulations “could count on the drawing up of a moral project with a notion of shared rationality”. The sapere aude of the Enlightenment was not, ultimately, a bad slogan. A motto that, this much is true, had to be complemented with another, emerging from the reconsideration of the idea of progress and of the self-criticism of science in the 20th century, that of we ignore and we will ignore, which should imply self-containment, awareness of limitations, another of the central cores of his political philosophy and of his epistemology. If we ignore and we will ignore, if we are made of this gnoseological material, the reasonable thing was to ask for time to move from knowing to doing, attending to the principle of precaution. Insistently reminding us about this has been Jorge Riechmann, a friend of the author and co-author with him of Ni tribunos. With what, in his opinion, could remain for the case: “dare to know because scientific knowledge, which is fallible, provisional and nearly always probabilistic, when not only plausible, helps in the decisions that lead to action. Also helping was the reasonable intervention of the humanists in the public controversies of the change of the century”.

When considering the real possibilities of bringing together a scientific culture and a humanistic culture, Francisco Fernández Buey was extremely interested by the reflections of scientists representing so-called “self-criticism of science”, the viewpoint expressed by scientists concerned by knowledge itself in this century. From Ettore Majorana, Leó Szilárd, the last Einstein and Bertrand Russell to Joseph Rotblat, J. M. Lévy-Leblond and Toraldo di Francia, for example.

This point of view could be summarised in the following terms: science is ambivalent, and in this epistemological-moral ambivalence lie the foundations of a tragic concept of knowledge. Human fear of death, pain and suffering produced by diseases is the cause in turn of the fear of knowing (what will become of me) and of the historical development of science. Fear and hubris have accompanied, are accompanying and always will accompany human attitudes with respect to scientific knowledge. From Ancient Greek medicine to today’s biotechnology. To try to overcome fears it was necessary to start off from two parallel and inseparable data: “the practical impossibility of renouncing science and the disproportionate, even exaggerated curiosity that drives scientific research, and the inanity of purely speculative unilateral criticism of scientific knowledge (because it is not appropriate to talk, and even less so with petulance, of what one does not know or of what one does not have well-founded experience)”. The above could be said with the expression of a great moral philosopher who was also a lover of science. “We need science precisely to save us from science”, as Bertrand Russell pointed out.

In his Oxford Notebooks, Oscar Wilde commented that the Ancient Greeks had mystical predictions of nearly all the great modern scientific truths. In reality, the problem was what place the imagination and the emotions occupied in science. Above all, he added, we must remember that man should use all his faculties in search of the truth. In this era, we were so inductive that our facts were overcoming our knowledge; there was so much observation, so many experiments, so much analysis… and so few general conceptions. We want more ideas and less facts, protested Wilde. The magnificent generalisations of Newton and Harvey could never have been completed, he conjectured, in this modern age from where our eyes are turned, basically, to earth and particulars.

Einstein, Bohr, Hawking and so many other men (and women!) would deny a few years later what the great British writer sustained regarding our impossibility of generalisations. It was not refuted, in contrast, on one basic point: the importance of bringing together faculties, practices and knowledge – artistic, humanistic, scientific – in the search, always unfinished, always in progress, always being built, for the truth, understood as a condition of emancipation, not as an instrumental medium for achieving a greater efficacy in the irresponsible destruction of our environment, in the domination and mastery of the most underprivileged, the condemned of the Earth, those “from below” as the author of Marx (sin ismos) would say.  And, of course, this praxistic truth should help us to combat the eco-suicide; the destruction of a world by the irresponsible un-creators of the Earth and its settlers. The task that one should propose, wrote his friend and colleague Manuel Sacristán, was to achieve that “after this dark night of the crisis of a civilisation, a more just humanity would emerge on an inhabitable Earth, instead of an immense flock of noisy dummies in a chemical, pharmaceutical and radioactive dung heap”. That was also his intention. 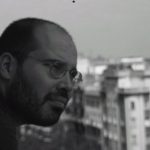 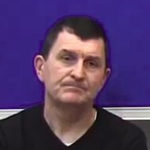 Lecturer-tutor of Mathematics at the UNEX and contributor to El Viejo Topo, rebelión, Mundo Obrero and Papeles de relaciones ecosociales.

Feynman and Zorthian: a Third-Culture Friendship

The history of friendship between physicist and artist taught the scientist about the importance of experimentation and shows that science, art and creativity do not fight but rather enhance each other.

To communicate science effectively beyond merely presenting data, it is necessary to connect it with emotion and narrative.