Lately it has become quite common to hear people say that legislation is unable to keep pace with technological innovation, and that it is thus an absurd and unnecessary impediment to innovation. Similarly, there is a widespread idea that the emphasis on data protection and privacy is an outdated obstacle to technological process. Nothing could be further from the truth. Respecting the legal framework and the needs and desires of citizens and consumers is a basic prerequisite for the success of any new product or initiative. Finding the right balance between privacy and innovation is the last frontier of the information society.

In fact, these types of claims that cast doubt on the usefulness of regulation tend to come from people with links to the tech industry, and they are rarely gratuitous. It is legitimate to wonder, for example, whether Facebook founder Mark Zuckerberg’s claim in 2010 that ‘privacy is no longer a social norm’ was a description of reality or wishful thinking by the owner of an advertising company that works with a business model based on data mining.

In reality, figures show that the value of privacy is on the rise. Although we live in technophilic societies, cases such as the scandal over stolen celebrity photos, bullying among teenagers using material stolen from social media, and identity theft using inadequately protected personal details, to say nothing of the former CIA analyst Edward Snowden who denounced the US for mass spying, are making it increasingly clear that our society is in urgent need of an open, serious debate on the impact of new technologies on our lives and on democratic safeguards. In spite of claims that young people don’t care about privacy and happily share sensitive data on social networks, for example, the truth is that teens are much more actively engaged in managing their online privacy than many adults: the difference is that teenagers focus on concealing information from specific people close to them (parents, teachers, classmates) and are less aware of possible future implications (employability) or of government surveillance. Likewise, CIS surveys in Spain show a 5% drop in support for video surveillance from 2008 to 2011 (no later data is available), while the number of complaints to the Spanish Data Protection Agency increases every year and educational projects that raise awareness about the personal data explosion, such as Big Bang Data at the CCCB, attract thousands of people.

The issue of privacy does not seem to be going away, quite the reverse. More and more, the realisation that certain technology solutions betray the trust of users is behind high-profile, expensive failures. In February this year, for example, when it became known that the instant messaging company WhatsApp failed to properly protect chats, and that these could be accessed by third parties, two million Spaniards migrated to an alternative similar service, Telegram. In other words, bad data management and the inability to strike a balance between privacy and innovation led WhatsApp to lose a significant part of its market share in Spain. Similarly, in the last few months London and New York have had to shut down systems designed to count and track people in public spaces, when the media revealed the existence of systems integrated into litter bins and phone booths that monitored data and analysed geolocation information by tracking the MAC addresses of the mobile telephones of passers by. Once again, the disregard for privacy led to the failure of initiatives that claim to be innovative but are unable to integrate variables such as social acceptability and consumer and citizen trust. So does this means that privacy hinders innovation? Probably only in cases where the developers of technology solutions forget to factor in respect for the subjects of the data on which their business models depend.

One of the hot issues in the innovation-regulation debate right now is unmanned aerial vehicles, popularly known as ‘drones’. According to Business Insider, the commercial market for drones will reach 98 billion dollars over the next decade, and hundreds of companies big and small are already investing in them. Nonetheless, the legal framework for their use has not yet been defined, and the recent temporary ban on their use by the Spanish Civil Aviation Authority has sparked debate on how red tape interferes with the path of innovation. But the discussion can be approached from a different angle: as a society, can we allow the widespread use of aerial vehicles that offer citizens no basic safety or privacy safeguards, when there are no accountability or control measures to regulate the use of a shared public resource such as airspace? To put it more simply: do we want devices flying around that can fall and hurt somebody, or capture images of private spaces, with no legal responsibility at all?

We can think about this in terms of another technology that brought about changes on many levels when it was introduced: the car. With the invention of the combustion engine, we were able to make vehicles that cut down travel time and reduced transport costs, but could also cause serious accidents. As such, we reached compromises: car manufacturers were forced to manufacture cars with built-in safety measures for passengers and pedestrians, maximum speed limits were set, traffic lights were put in place, and a licence plate system identifying each vehicle was introduced, along with associated insurance and civil liability mechanisms. We can’t win every battle, and today’s cars still have the capacity to go much faster than the legal limits, but no manufacturer today would dream of releasing a car without a set belt, for example, even if it costs them more.

So regulation only hinders or blocks bad innovation: innovation that has failed to grasp the values and needs of the society that it forms part of, the expectations of its potential clients, and social consensus expressed in the form of legislation. In the world of innovation, it is quite common for technical solutions to emerge before the social, political and legal consensus that can minimise their potential negative effects. When this happens, innovative solutions face an extra challenge: to propose acceptable consensus. When drone developers can propose measures that allow citizens to exercise their rights (if a drone falls on their head, or if they are filmed in private spaces by unidentified flying objects), they will be one step closer to the legalisation and social acceptance of these devices, and to fulfilling their business potential.

The demand for a kind of innovation that strikes a balance between excellence and social, ethical and legal responsibility actually comes from the realisation that many technological innovation processes in recent years have minimised their social impact, provoking political, technological, social and economic ‘fiascos’ that have been detrimental to everybody involved. When companies invest in new systems – whether they be drones, tracking systems integrated into litter bins and phone booths, maritime surveillance systems, body scanners, mobile apps, or ‘smart’ urban solutions – disregarding the privacy of customers, users, or citizens comes at an increasingly high price. As a result of the growing number of ‘fiascos’, more and more public and private entities are demanding that every new initiative, strategy or project must include a legal, ethical and social impact study, and institutions such as the CCCB are opening up a debate about striking the right balance between privacy and innovation.

Rather than adding a new layer of bureaucracy or a petty prerequisite, taking into account variables such as the desirability, acceptability, ethics and data management of innovative proposals is actually a way of dealing with a market error that becomes clearer and more pressing every day: the need to provide privacy-enhancing technologies that meet the needs of citizens, city councils, police forces, companies, etc. Failure to invest in research on anonymisation and encryption systems (through pseudonymisation, generalisation, randomisation or their many variants), to respect the right to access, rectify and delete data, and to take into account mechanisms that guarantee the right to be forgotten and to reconcile this right with security and transparency, means self-exclusion from the future. Anybody who fails to understand that respecting privacy gives them a competitive edge is likely to be left out of the technology scene. It would be like selling cars without seat belts, or refusing to improve airbag systems.

So are innovation and privacy inextricably linked? Only in as far ass innovation is inseperable from the society that it forms part of. And everything seems to suggest that present and future generations will increasingly demand a leading role in the information society, rather than being content to remain data providers with no rights and no say. 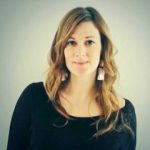 Gemma Galdon Clavell holds a PhD in Security and Technology Policies and is Director of Eticas Research & Consulting.

Scott Smith: “Barcelona is a good place for innovation”

What does innovation mean? How should we address climate change? What is the future of the internet? Interview with technology consultant, Scott Smith.