The word “forensic” comes from the Latin forensis and forum, meaning to present evidence openly in public. We live in a society of non-stop information overload, in which the information ecosystem itself is part of the conflict: the new censorship acts through the deliberate manipulation of attention. Rather than suppressing subversive discourse, the public’s attention is diverted. Against this backdrop, new models such as those of the investigative agencies Bellingcat and Forensic Architecture are emerging. Working transparently and rigorously, they act as a counterweight to the disinformation that currently dominates. They are a kind of open-source intelligence, halfway between in-person and digital, seeking to renew critical thinking in the 21st century.

The nature of modern conflict is changing as it becomes more urban, fluid, digital and abstract. Disinformation is a part of this, creating high-speed mirages on our mobiles and showing up the regulatory framework that we thought adequate.

In this confusing scenario, the information ecosystem becomes part of the conflict infrastructure, and the business model that dominates on most of the digital platforms reinforces this. Often known as the “attention economy”, it prioritises consumption and recirculation of information over quality, truth or any other consideration.

The techno-sociologist and essayist Zeynep Tufekci stresses that the new censorship, unlike the traditional kind, does not act by suppressing ideas, but rather by deliberately manipulating attention. It does not suppress subversive discourse, but rather diverts public attention or overwhelms it with contradictory information until critical capacity is saturated and rendered inoperative.

By demanding a slowdown and a greater tolerance towards critical thinking, a culture of transparency and physical and material spaces that allow us to share references, we can begin to shape our acts of resistance. Cultural institutions and logic offer a counterweight to this vicious circle, and the cultural apparatus can act as an anchor against the delegitimization of journalism and justice.

Fortunately, in this troubling time of attacks on free thought and freedom of the press, investigative journalism and the culture of commitment are experiencing an upsurge. Certain groups and organizations are trying to open up alternative routes through the so-called open-source intelligence or OSINT (where “intelligence” refers to an intelligence agency rather than a psychological trait). This represents a combination of ethos and methodologies partly inherited from digital culture, which seeks to investigate geopolitical incidents with open-source tools and publicly available materials, such as satellite photos, Youtube videos and social media posts. Shunning the framework of the attention economy, the objective is to re-establish the foundations of a public sphere with verifiable common reference points.

One of the best-known recent examples is Bellingcat, an investigative agency which publishes investigations into military operations and large-scale corruption involving Russia, the Middle East and other regions around the globe.

Elliot Higgins, its founder, started his research blog monitoring videos uploaded to Youtube about attacks in the war in Syria, investigating on his own initiative the type of artillery and weapons used, through geolocation of the images and analysis of the contents.

Self-taught on internet forums and without any formal education, Higgins is today considered an authority on the military logistics of the Syrian war. This year he has received even greater recognition by identifying the suspects in the Skripal poisoning case, for which he gave a statement before the British parliament.

From the moment he began blogging under the pseudonym Brown Moses, Higgins was committed to opening up digital culture to citizen journalism. Among other reasons, because being meticulous whilst at the same time transparent allowed him to guarantee his credibility, reporting on conflicts that are highly susceptible to disinformation campaigns, such as the war in Syria or the conflict in Eastern Ukraine.

Bellingcat is largely financed through workshops that share tools, methodologies and open-source research practices. These are attended by established journalists and workers at major international human rights organisations. Workers at national intelligence agencies repeatedly request to attend but their participation is usually denied. “It’s uncomfortable for everyone if there is a member of MI5 among the participants” – said Higgins to New Yorker last summer.

The tools and data that are used for investigations are generally public. In some cases, the research is carried out openly and in real time, with researchers from Bellingcat asking followers on social media to help them geolocate photos that they are unable to place.

A second model is the approach taken by Forensic Architecture (FA), a research agency with its head office in London and with collaborators in different parts of Europe, the Middle East and America [full disclosure: the author of this text worked there until winter 2018].

Heir to critical research architecture methodologies, the agency produces new types of proof for civil organisations in cases of human rights violations, be it military operations in the Middle East or the refusal to help boats of migrants and refugees in the Mediterranean. In 2017, for example, forces from the US army bombed a building close to Aleppo, Syria, that the Pentagon claimed was an Al Qaeda centre. An investigation by FA in collaboration with Human Rights Watch and Bellingcat concluded that it was actually a mosque and that the more than forty victims were civilians, including children. A United Nations commission supported this conclusion.

Its founder, Eyal Weizman, is recognised amongst other things for his analytical research of the architecture and infrastructure of the Israeli occupation of Palestinian territory, and today is an internationally influential academic and intellectual. The agency currently has around twenty architects, artists, scientists and journalists and is aiming to take open-source intelligence to levels of aesthetic and theoretical excellence that will allow it to work simultaneously with internationals tribunals such as the International Criminal Court, United Nations commissions and academic, cultural and artistic institutions like the Institute of Contemporary Arts (London) or the documenta fair (Kassel).

FA’s productions – spatial analysis that combines 3D models, photography, video and data analysis – are often exhibited in cultural and artistic centres. In 2018 the agency was nominated for the Turner Prize, the United Kingdom’s most prestigious visual arts prize, which is awarded by the Tate Foundation. The relationship between FA and these forums seeks to make use of the cultural world’s distribution apparatus in order to bring about a certain revolution in thinking and give people critical capacities.

The deliberate use of artistic spaces as forums for justice questions the conventional circumstances in which evidence is presented, as well as who has the right to evaluate it. This is especially relevant in a context of suspended legality, as it is the case in modern conflicts where state apparatus is in the dock. Weizman often reminds people that the word “forensic” comes from the Latin forensis and forum, meaning the presentation of evidence openly in public. FA thus also reappropriates the concept of aesthetics, understood as observing and describing reality, as well as the experiencing of this description and its counterfeit.

Certain aspects of this new forensic practice have also extended to more established organisations, such as The New York Times (with which both Bellingcat and FA collaborate) and the BBC, and even think tanks close to the conventional intelligence community, such as the Atlantic Council. Beyond a certain common aesthetic (clean, refined, surgical), the aim is that open-source practices, both literally in terms of technology and in terms of transparency, can offer a counterweight to the growing ubiquity of disinformation. The rigour and verifiability contrast with the insubstantiality and confusion of the reigning dynamics of information consumption, and the transparency of methods and data give added authority to conclusions.

At the same time, cultural institutions are opening up their spaces and networks to these types of discipline, giving shape to a new culture that is committed to operative thinking. Through their accessibility and the fundamental civil role they carry out in communities, they reinforce the verifiability of the discourse, legitimising the methods, exploring from shared reference points the meaning of the stories that are presented and strengthening a collective rethinking of the framework of justice and legality.

The knowledge that emerges in cultural, activist, legal and academic frameworks must have, as one of its objectives, that of being incompatible with the logic of the attention economy. This allows us not only to go deeper into the details of a specific case, but to carry out theoretical work to reveal abstractions that strengthen the analytical capacity of the entire population. Recovering face-to-face forums and adding them to the digital ones will allow us to build the foundations for a movement that can face up to a machinery that is working to suffocate critical thinking. 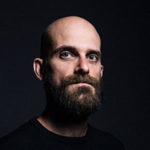 The Digital Closing of the Public Domain

In the process of digitalising works, museums, libraries and archives often end up closing or limiting their use.

The Washington Declaration on Intellectual Property and the Public Interest