Based on a historical analysis of successive philosophical conceptions of reality, Henryk Skolimowski posits a new paradigm that seeks to respond to the crisis of values in 21st century Western civilisation. His holistic approach based on the idea of a participatory universe recovers essential aspects of knowledge including empathy and the acceptance of the mystery of the cosmos, which is inherent to the natural order of things. At the same time, it offers a way out of contemporary nihilism, and calls for hope as an inalienable element of the human condition. We publish an excerpt from his 1994 book The Participatory Mind, courtesy of Ediciones Atalanta, as a first step in a heterodox mapping of holistic thought.

We have reached the limit of atomistic understanding and we no longer believe that more knowledge of the chemistry of the brain cells will resolver the riddle of the mind for us. A Nobel Laureate, Albert Szent-Gyorgyi, epitomizes our dilemma perfectly. He wanted to understand the phenomenon of life. So he first studied organisms in their environment. The subject proved too complex. He then studied the structure of cells. The subject proved too complex. He then studied the chemistry of proteins. The subject proved too complex. So he finally decided to study electrons in order to see whether they could be harbingers of life. But electrons are electrons, he tells us, “lifeless creatures”. Somewhere in the pursuit of life, “life itself has slipped away from my fingers,” he confesses. And so it is with the attempt to understand the mind via the chemistry of the brain cells: we end by knowing more and more chemistry and understanding the mystery of the mind not at all. The mind is a mysterious phenomenon indeed. To acknowledge this mystery is not to mystify the mind but to express our recognition of the exquisite complexity of the universe.

We have a relentless urge to understand. So great is this urge that sometimes we persuade ourselves that we understand when in fact we don’t. This is not an act of hypocrisy, but a craving for security in this uncertain world of ours. This drive for existential security via an intellectual understanding has been much more pronounced in the Western world than in other civilizations. People from other cultures have been much happier to live with mystery than we have been. We demand clarity and complete explanation where often none can be obtained. We have a strong but unfounded faith in our linear discursive reason. We want to know all and, like Oedipus, destroy ourselves by our own hubris.

Reason and mind are splendid attainments of evolution and nobody would wish to downgrade them. No one would wish to return to obscurantism and obfuscation when clarity and light are possible. Yet mystery prevails in the universe. We can understand, but only so much. To pretend that we understand more is hubris. To accept our limits is right humility. To try to transcend these limits is to help evolution in the process of becoming. Finally to accept and acknowledge mystery is part of the process of understanding in a deeper sense. Evolution is a wonderful and divine agency. Whether it itself is God may be too difficult a question for us to determine. But it certainly is divine. As it proceeds, it brings more light, coherence and order to the original chaotic cosmos.

Evolution means also a continuous evolution of science. Science unfolds all the time and sometimes brings such new light that it blinds our eyes and dazzles the human imagination. What happened during the first one-billionth of a second? Why did the Big Bang occur? What is the nature of those forces that created galaxies and then the human imagination? And finally the question we have contemplated so often: what is the nature of this strange, wonderful world around us? Through the question may seem an ancient one, it is now a new question, our question. For we ask it in the context of our consciousness, our existential traumas, our discoveries and insight.

If evolution is all-devouring and all-transforming, then nothing is out of reach of its wonderfully transformative flow. If all human knowledge is evolutionary (and none is absolute, fixed and unalterable), then our knowledge of theology, of heaven, of God is also subject to evolution, If so, then not only our images of God, but the very nature of God is evolving.

Thus, God is an evolutionary being. We cannot return to our old anchors and dogmas. We cannot cling to old images of religion and God. We now live in a new world. Thus, we must not cringe and sheepishly insist that God who is a perfect being cannot be conceived as evolving,. He can! If God is perfect, we cannot deny to Him any attribute we think worthwhile. An evolving God is more perfect than a static one. To understand this, we need to broaden our thinking and truly embrace the evolutionary perspective. We must start thinking evolutionarily, open our minds to the wonderful flow of evolution. What will help us in acquiring this mode of evolutionary thinking is a new concept of the universe and a new concept of the mind, Participatory Mind.

With the Participatory Mind in the background, we can see that we have unhinged ourselves from all past dogmas: cosmological, religious, scientific – and we are floating. We were very much tied to the ground and we were used to crawling. The floating universe is not for crawling but for flying. The expanding, all-open universe is not for obedience but for freedom.

Thus in this participatory universe we are creative and free. Our essential freedom and creativity are not little gifts added to our humdrum existence but the very prerequisites of our existence in the new evolutionary participatory world. We are doomed to freedom. We are doomed to creativity. But not in the old sense of existentialist philosophy, where our freedom meant a choice of absurdity because we had to live our absurd lives in our absurd universe. We are doomed to freedom in the participatory world, pervaded with divinity – if we are to escape the absurdity of self-deconstruction, or slow death by being tortured by our absurd mind or our trivializing  technology.

Let me now come to a main point: it is because of the limitation that is inherent in the mechanistic cosmology, and in scientific rationality, that we cannot successfully cope with many problems in society and in the environment. We have tried all the rational strategies available to us. It has not worked. The piecemeal, atomistic, analytical approach, which so often goes in conjunction with the “technological fix”, does not work in relation to complex wholes such as the human being, society, the ecological habitat. What is needed is a new conceptual framework, a new cosmology from which a broadened and more enlightened rationality would follow.

Numerous books have been written on the subject of the inadequacy of scientific-technological world-view derived from Newtonian mechanics. So I shall not belabour the point. 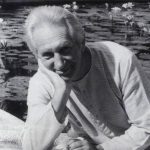 Professor emeritus at the University of Michigan, and an expert in eco-philosophy and evolutionary epistemology.

Michel Serres: “To think is to invent”

We interviewed Michel Serres, a French philosopher and mathematician who has sought the passage connecting the scientific and humanist disciplines.