Having been refracted through the media so many times, the word violence has accumulated an infinite number of meanings, in the form of images and sounds, and has ended up imploding. Voided inside, it serves only to make noise, propping up simplistic tales that seek sensationalism. Against this media logic, philosopher and journalist Carolin Emcke advocates the need to attend to the complex web of violences that are threaded through our everyday life. And that, she says, involves confirming that violence is also synonymous with silence: Why does it strike us dumb? How can we find the words to fight it? Emcke talked to us during her visit to participate in the CCCB debates series on “The Words We Don’t Yet Have”.

“We are living in dark times”, Carolin Emcke repeatedly affirms. But the forcefulness of her diagnosis is not intended to paralyse us; quite the opposite. Avoiding any hint of pessimism, the German philosopher clearly outlines the two political challenges that are most pressing: fighting against anti-democratic movements and regimes, on the one hand, and mitigating climate change, on the other.

The novelty presented by the climate emergency, in her opinion, is that it affects the whole of humanity and so situates us in times of collective discounts. Without overlooking that fact that the effects of climate change will not be the same for everyone, Emcke considers that the impossibility of fleeing it or avoiding it – which is also valid for climate change deniers, due to the simple fact that there is no “elsewhere” to escape to – is facilitating the birth of a truly global struggle.

However, this optimism is accompanied by a stark warning: “It is urgent that we rethink the political instruments that we have at our disposal in order to adapt them to the current context”. Not only because the future of the planet demands speed in decision-making, but also because Emcke views with greater concern how, for some time now, movements on the far right seem to be the only ones capable of structuring utopian discourses. Paradoxically, they are utopias that always look backwards. Moved by what she calls “the dogma of purity” they are built around the image of a supposedly ideal, homogenous past – a white and Christian Europe – that they now see threatened. With this pretext, they are fabricating a politics that feeds on “paranoia”. This German thinker defends the use of this word to avoid losing sight of the fact that this is a fear that is completely unreal and unfounded. To the contrary, Emcke attributes to this policy of paranoia and hatred the responsibility for causing a real, legitimate fear, for more individuals and collectives, who are attacked with discourses that seek to sustain those oppressions that already exist, such as racism or LGBTI-phobia. Before this, Emcke advocates defending and strengthening a “discourse of impurity” which emerges from a fact that she considers obvious: plurality is inherent to the human condition. “It is not purely that we are a sum total of individualities, but the fact that we live in plural”, she adds. But the evidence also has to be defended and it is here where the fight currently lies, she affirms, because these dogmas of purity that exist negate plurality. For Emcke, the difference does not weaken us as a society nor does it frighten us; to the contrary, it should calm us, because it is precisely this plurality that guarantees freedom, individual and collective alike. She  summarised it thus in the essay Contra el odio (Against Hate, Polity Press, 2016): “A society that expressly defines itself as open and inclusive, and that is always questioning itself about whether it really is, generates in its members the confidence that they will not be excluded, or attacked arbitrarily”.

Emcke knows very well that hate speech – and the violence that it promotes – has a powerful ally: silence. For this reason, the writer has made words into her defensive moat and, for decades, has worked to find ways of naming the violence, something that always demands the embracing of complexity: observing the genesis of the conflict, the dehumanisation suffered by the victims. In short, noticing everything that smooths the way for violence. Paraphrasing Hannah Arendt, Emcke defines violence as something that leaves us dumbstruck; something that takes away our capacity to speak. In her opinion, violence leaves its victims voiceless, and its witnesses too, which makes it more difficult for them to react. “Violence,” she says, “is something that cognitively we do not understand. It goes against our expectations”.

Having made this affirmation, the journalist accuses her colleagues in the profession, because she considers that the media tend to present violence – whether due to racist, homophobic or sexist reasons – as isolated cases. This individualisation that only focuses on the violent explosion of a specific moment, ultimately depoliticises violence, according to Emcke. In contrast, if the aim were to seek and understand what generates violence, then the power structures that enable and legitimise these violences would become visible. And she adds, categorically: “Until we are capable of perceiving it as an ideology, with an interconnected network; and until the media show the racism and sexism that are at the centre of political discourses and institutions alike, we will not manage to stop these violences”.


Following the reasoning of Emcke, nor is it enough to point out the structures of exclusion; it is necessary to know that silence can be imposed upon us because it inhabits us. They previously made it nest inside us. The effect, according to the writer, is a double one: paralyse the victim and ensure that she feels guilty for not having known how to react:

These structures cross us and, sometimes, confirm our subjectivity to the point that we are not aware that we have interiorized them. For this reason, we often find ourselves immersed in sexist, heteronormative, binary structures… and we do not realise that they deny our desires, our bodies, our way of being, our existence. But it is not only that, but the fact that even when we are aware, we do not have sufficient capacity to raise our voices and offer resistance. This underdevelopment of our capacity to criticise and complain is also a consequence of having grown up in a patriarchal society.

For this reason, in her view, emancipation always starts off with a tale: It is somebody telling the story of their suffering. And somebody answering: “Well that’s got to stop”. For her, the only way of tackling these structures is collectively, seeking other people with similar experiences to put words to the pain while creating a common language. And also, to confirm that the victim is not the one who has to feel embarrassment or shame. Thus, if emancipation begins with narration, Emcke believes that, to a certain extent, the whole idea of subjectivity becomes detached from pronouncing a single word: “no”. It is the expression of this limit that opens up new possibilities.

Nevertheless, these dark times impose collective answers that are not limited to politically expressing disenchantment, complaints or fury, Emcke asserts. Given the boom in far-right movements, the journalist is claiming the urgent need to accompany discontent with the language of political desire and of utopia. For this reason, Emcke wants to resolve the political expression of a fury cannot be limited to reproducing the violence and hatred against which it is fighting, but rather, has to be always constructive. In this sense, she believes that exploring forms of civil disobedience – if one understands this as a symbolic breaking of the law, one acts from a stance of non-violence and one accepts possible punishment by the State – is “fabulous, necessary and useful” for achieving new changes. But somebody like Emcke, who works with words, has to end up adding complexity to the proposal, always reopening the debate, while offering a warning: 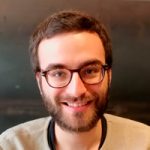 Mona Eltahawy: “Patriarchy is the form of oppression with which the entire world struggles”

A conversation with the journalist specialised in gender equality in North Africa and the Middle East about the oppression of women and the need to deconstruct the patriarchy in all its manifestations.