Writer Ngũgĩ wa Thiong’o has always questioned the literary tradition written in colonial languages, analysing the dynamics and the functioning off colonised societies and their relationship with the colonisers. Thiong’o defends the mother tongue as a weapon against linguistic imperialism, and recommends decolonising minds and the imagination, in Africa and Europe alike. We talk with him on the occasion of the publication in Catalan of his book La revolució vertical (Raig Verd, 2019).

Ngũgĩ wa Thiong’o arrives a little late for our meeting. He appears dressed casually: trousers and a shirt – a kind of white dashiki with a zip and African motifs embroidered around the neck – and is also wearing a jacket and a beret. He walks a little more slowly than the last time he visited us, but nobody gets impatient, all of us adapt to his pace.

It is his third visit to Barcelona, and his second to the CCCB. He has come here to present La revolución vertical (Raig Verd, 2019), a story that he wrote for his daughter, published in English as The Upright Revolution. “We have a custom of telling each other stories instead of giving each other gifts at important celebrations”. The book consists of a tribute to orature and to his mother tongue, Gikuyu, although it has been translated into eighty-three languages, including Catalan. It is a powerful story that explores the importance of cooperation and equality.

Although born as James Thiong’o in Kamirithu, Kenya, in 1938, at the height of British colonial rule 1895-1963), he uses the name Ngũgĩ wa Thiong’o, which means Ngũgĩ, son of Thiong’o. His experiences during the colonial era, his involvement in the fighting  during the Mau Mau liberation uprising (1952-1962), and his radical criticism of the inequalities and injustices of independent Kenya have marked his life. In 1977, he was locked up in a top-security prison and in 1982 he went into exile in the United Kingdom and later moved to the United States, where he currently resides and where he lectures on Comparative Literature at the University of California.

Ngũgĩ is defiant, he subverts the rules of the game again and again. He seeks out strategies to question the hegemonies of power and, like any good storyteller, words are his greatest weapon. His non-fictional prose – novels, essays, short stories and plays for theatres – criticises Eurocentrism and the consequences of colonialism and neo-colonialism in Africa, exploring the destruction and undervaluation of the cultures of African peoples – their arts, their dances, their religions, their history, their geography, etc. His texts enable us to understand to what point political, economic and cultural control cannot be exercised without the domination of minds.

The work of this perpetual candidate for the Nobel Prize for Literature is situated among ideological struggles for cultural freedoms: “It is necessary to liberate culture from Eurocentrism and linguistic imperialism”. The son of Thiong’o analyses the dynamics and functioning of colonised societies and their relationship with the colonisers, for that reason he considers it necessary to fight to move the centre to numerous centres, towards a plurality of cultures and languages as legitimate means for expanding the human imagination and liberation from oppressions against the weakest. That is why, in the early 1980s, he renounced English to prioritise the use of Gikuyu, his mother tongue. According to his theory: “Writing is a form of self-exploration. We live in society and I try to investigate and understand the social history that has shaped me, the national and other external experiences that had an impact on me”. The thinking of Ngũgĩ and his idea of moving the centre not only takes into account the peoples of the so-called third world, but also the minorities established in the interior of each nation. He talks about the working class in conditions of racial, religious and gender equality. Because, deep down, “the whole world, including the West, is still dominated by a middle-class, Eurocentric, white male minority”.

He has always questioned the tradition of literature written in colonial languages. He learned this resistance as a young man and has never abandoned it. “A problem exists with African literatures, as many of them are written in European languages. The writers of my generation, we used English, French or Portuguese. This tendency has continued into the present. The fight today is to ensure that African writing stops shooting itself in the foot”.

Over fifty years have passed since the Conference of African Writers in English, which was held in 1962 at the University of Makerere in Kampala, Uganda. “It was the first meeting of African writers in English to be held in Africa and brought together some of the most important pens of the time, such as Chinua Achebe, Wole Soyinka, J.P. Clark and many others. Numerous writers from the African diaspora also took part, including Langston Hughes. Their participation was crucial because it connected the Makerere Conference with the Harlem Renaissance”. However, the significance of this meeting was the fact that it took place on the African continent, something that had not happened previously.

African literature has a problem: it is written, above all, in European languages.
Ngũgĩ wa Thiong’o

In those times there were barely any African writers: “The younger generations are full of writers, for example, four of my children are writers”. Ngũgĩ sustains that “it is important to differentiate African literature written in African languages from literature that comes from Africa but that uses European languages, which I call Europhonic literature”.

In 1977, the performance of his play Ngaahika Ndeenda (I Will Marry When I Want), written in Gikuyu and highly critical with the inequalities and injustices of Kenyan society, led to him being lockup up for a year in the prison of Kamiti (Nairobi). Following this experience, he abandoned English and became committed to writing in Gikuyu. In prison he wrote, on toilet roll, the novel Caitani Mutharabaini (1981), translated into English as Devil on the Cross. “In prison I used literature in Gikuyu as a way of connecting with the outside, whereas in exile I have used it as a way of connecting with Kenya”. His fervent defence of the mother tongue is, of course, an attack on linguistic imperialism.

During his years at the University of Leeds, in England, he discovered other non-Western authors and began moving the Western literary tradition towards other centres. There he recognised the role of the literature of the African diaspora as a space for resistance against linguistic imperialism and as a driving force for the development of African writing on the continent: “For me it is very important to connect African literature collectively with Caribbean or Afro-American literature. This literature was basic when I returned to Kenya in 1967 as a lecturer at the University of Nairobi. Then I began to challenge the dominance of English literature because, in those days, the study of literature meant the study of literature in English and other European languages”.

At that time, he discovered Frantz Fanon and his work The Wretched of the Earth. In fact, Ngũgĩ talks about Fanon as the prophet of his times. Equally, perhaps without being completely aware of it, he too has also become a prophet of words. “I remember that in 1965, when I was studying at the University of Leeds, one of my fellow students came from Paris with a book by Fanon, it was very important for us”. At that time, many African countries, including Kenya, were gaining independence. “In the post-independence era it was difficult for us to understand what was happening. And Fanon gave us the vocabulary that enabled us to understand it”. Frantz Fanon helped them see the connection between economic, political and cultural independence. “It was possible to be politically independent, but that was not necessarily being economically independent”. His work is more relevant now than it was twenty years ago. His thinking and ideas are inspiring an entire generation of Africans who consider Ngũgĩ, Fanon, Angela Davis and so many others as the great beacons of this time. As well as forming part of an unrepeatable generation, he was one of the few who openly denounced racism in literature. His text Her Cook, Her Dog: the Africa of Karen Blixen, read in Copenhagen in 1981, caused enormous controversy, because it questioned the figure behind Isak Dinisen in her very country of origin, where she enjoyed true glorification. How could such a saint be racist?

Another of the great struggles of the son of Thiong’o is decolonising minds and the imagination. “Decolonising the mind is very important for both Africa and Europe alike. Because the West that we have today was created with the trading of slaves and the colonisation of other peoples. Europe first has to decolonise itself; it must understand that many of its cities were built on profits generated through African bodies”.

His mental decolonisation proposal passes through the capacity of the imagination. “The imagination enables us to plan different possibilities and worlds. Authoritarian regimes want to limit people’s capacity to imagine different futures, forcing them to think that what they have now is the best of all possible worlds”. At those times when civilisations are becoming worn down, as is happening now with the Western civilisation, it is necessary to re-invent the role of the imagination, it is necessary to learn from its potential for transformation and from its energies for change”. 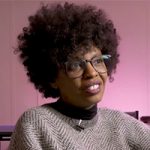 What if the Internet were an ally of linguistic diversity?

Some 54% of the contents on the Internet are in English. We wonder about the rest of the languages, taking as a starting point the case of the African continent, where a third of the world’s languages are spoken and cultural activists take advantage of the digital environment to defend it.