The multi-film was broadcast every Thursday at four in the afternoon. That Thursday a failure in the online registration system had allowed entry to an excessively large group of Hollowbridge paper restorers, who were there more to take refuge from the intense heat than for what was being advertised as the greatest hit in self-generated cinema. The screening, created through an algorithm that designed stories and characters controlled by the audience’s emotions, satisfied on average 75% of the audience – twenty points above the achievements of conventional cinema – much to the pride of the first team of programmers, who had managed to interpret with a single meaning the readings of a host of movement, pulse and perspiration sensors attached to the seats. The air conditioning took charge of cooling off responses in the room in case any excessive disparity in the emotions register kept the algorithm in a loop of possible situations without opting for a decisive twist in the plot. At five in the evening, and without relying on the help of an air conditioning system designed exclusively to fight high temperatures, the algorithm had to face alone the task of choosing the road to the denouement, which it achieved, with unprecedented efficiency, thanks to the homogeneity – as extraordinary as it was unexpected – of the spectators that day. The few that did not belong to Hollowbridge started to abandon the room after six-thirty, but the system seemed to have come across the perfect plot for the rest, who found no reason to get up from their seats. And there they continue, insensitive to the images that led them to heavenly glory and that now follow on from each other monotonously like them, in a perfect state thanks to an air conditioning system forced to operate at eighteen degrees below zero. The families of the victims have asked to be compensated thus for their losses and damages. 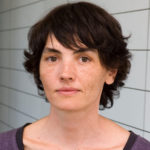 The Internet of Things

We propose a game in which everal authors express in a succinct way what they imagine about this new world of billions of interconnected objects.