MOOCs (Massive Open Online Courses) are open-access courses that are taught over the Internet, free of charge. The nature of this new type of distance learning – which most prestigious international universities have started to offer in recent years – allows thousands of people around the world to access information, although MOOCs raise questions and have also been criticised. This article offers an overview of the brief history of MOOCs and explores their principal features, advantages and drawbacks. It also raises the possibility of offering these types of online education through cultural institutions.

A few years ago, it was easy to predict that the 2.0 digital revolution wave that was transforming the creative and cultural industries would soon hit education too. Today’s MOOC – Massive Open Online Courses – “fad” is simply the tip of an iceberg consisting of many initiatives that point the way towards a new type education, one that joins forces with technology in order to break down traditional academic barriers and timeframes, and is becoming more distributed than ever before. We now learn in many different contexts that go far beyond schools and universities and include libraries, museums and other cultural institutions as well as the inexhaustible digital domains.

We are used to thinking of education as something that is linear and takes place in a limited timeframe, in sacred temples, so there is bound to be criticism of the new “informal” forms of learning – which are no less real and powerful than “formal” types – that are emerging from the development of Internet technologies. Firstly, there was an initial resistance to virtual learning (“e-learning”) in general, even though the first MOOC projects and platforms deliberately echoed the familiar closed classroom environment. Soon – in parallel to the quantitative and qualitative increase of Internet resources that started to reproduced the universal library that Asimov already predicted – there began to be talk of the “googleisation” of education, of the superficiality of people being able to learn freely, employing Google or some other search engine or social and intellectual networks (Facebook, Twitter, blogs, etc…) on which people share their interests. But in spite of the criticism, these new types of teaching and learning continued to evolve, testing new ways systematising knowledge, adding value, and introducing pedagogic and professionalising elements to something that had already become an everyday reality anybody who does not want to be left out of the fluid society that we live in: personal language environments, Khan Academy, Open Education Resources (OER), edublogs, etc. The latest trend brings together elements from many different experiences into what we could group under the umbrella of “open social learning”.<0} And this is where MOOCs come in.

MOOCs are not precisely new. In 2008, groundbreaking projects started to take steps towards open learning, through blog-based workshops and similar initiatives that some people were already putting into practice. One of the first courses, Connectivism and Connective Knowledge, inspired the term MOOC and attracted over 2000 students from different countries. This course presented Connectivism as a new theory of learning in the digital context, developed by George Siemens and Stephen Downes. We could say that the main advantages of MOOCs are the fact that they increase the value of what people can freely learn on the net. The principal added values include:

I’ve now had the opportunity to impart and participate in several courses run by Coursera, Stanford (Venture Lab), UNIMOOC, etc. In some cases, it was extremely easy to obtain a certificate with the logotype of some major university, even with very few hours of study. In other cases, however, I had to invest a lot of hard work, ensuring successful learning, before I could obtain the diploma. As such, it is difficult to determine the quality standards of MOOCs from the certificates and diplomas issued to students who complete the course. It isn’t easy to draw general conclusions, but I agree with an idea that has often been expressed by researchers in this field: at present, we have overblown expectations of this type of learning. But then again, we are not talking about replacing schools or Universities, but about complementing or replacing introductory teaching. In their current form, MOOCs lack the necessary time and resources to explore subjects in depth, but they can give students an initial idea and stimulate their interest in going further.

This introductory aspect of critical filtering is the point at which MOOCs overlap with the traditional role of many cultural institutions. Setting up signposts, providing guidance for navigating through the infinite content of the net, is one of the primary – and increasingly essential – roles of cultural institutions. As in many other aspects of the digital era, it is important to be there, to actively participate. San Francisco Exploratorium offers two MOOCs and other institutions such as MoMA, Tate, the North Carolina Museum of Art and the American Museum of Natural History have already started to experiment with online courses and appear to be collaborating with the Coursera platform . What are we waiting for?

Laptop U. Has the future of college moved online? (Nathan Heller in the New Yorker, 2013) 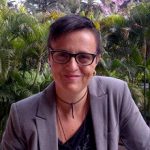 Social psychologist, specialist in social media and education, she is the chief editor of El caparazón.

The Amazing Web 2.0 and expanded education

A school system for everyone

The need to change the school system has been on the cards for some time: schools do not teach students how to function in today's world.

The Technorevolution in the Classroom

Technology must play an important role in a new educational model, so as to stimulate learning and transform it into a more enriching and participatory process.