The project #masacritica goes on. This is the first capsule of a series we are developing focusing on concepts that we consider key to this investigation. These capsules will serve us both to contextualize the discussion and to refine the description we are trying to focus considering the complexity of these concepts. At the same time, these capsules are the introduction to a series of public events where we will investigate deeper on each item (as each capsule will respond to a public session) and will serve as raw material to produce a documentary, which will finalize the investigation.

To begin, we consider it appropriate to focus on crowdsourcing. As it is well known, the origin of the term crowdsourcing came up at Wired magazine, through Jeff Howe and his famous article (that was coined no more and no less than 5 years ago) entitled ‘The Rise of Crowdsourcing“. According to Howe, crowdsourcing is the process by which a company outsources a service traditionally performed by its employees to an indeterminate mass of people through an open call. Without stretching the description very far we come up with s debates can be considered classics: is crowdsourcing a way to reduce the cost of the service or product through cheap labor? Is it an effective way to pitch ideas for free? Is it perhaps a way to open the inbred and meritocratic processes with which to access certain jobs enabling an ‘anonymous’ figure that can work for a large company? Is it a ‘natural’ process ‘ by which the power of collective creativity is seen as a resource rather than a way of entering the supply chain? Is it a marketing exercise that shows an image of an open company, but that does not make structural changes? Perhaps a question that could bring together all those assumptions could be: do companies draw income from “collective intelligence” in a lopsided relationship or make it more horizontal and open their demands? Undoubtedly these are interesting debates, and in many cases have created tremendous battles between supporters of either front.

One of the main objectives of the project #masacritica is to contextualize this kind of ambivalence that seems to be always present in processes that involve communities of users and producers (although, as in this case, they are anonymous and do not rely on corporate logic). Contextualizing these ambiguities can help us understand how to tell the powers or misfortunes of collective intelligence and under what precepts each of these stories is built and based on. This contextualization can allow us to better understand the phenomena, while analyzing and articulating the various speeches that try to describe them.

On the other hand, we like to think that the concepts do not determine the actions and that social practices can shake or even reverse a default practice. Communities of users that cooperate and outsource demands to a diffuse mass are also free software developers, contributors and users of wikipedia and many other platforms where there is a company that solely benefits from what was collective and act protected by the maximum contribution, not by profit. There may also be forms of agency practices that reverse the logic devices that were designed with the aim to co-opt or ‘make work’ collective intelligence. The amount of contributions that generate a product, service or knowledge available to the entire social body today has always been possible. The tacit agreements or rules among members of communities, ways of trying to benefit from collective production or tactics that put in question any of these dynamics, were certainly not born yesterday. Without losing sight of this historical dimension, we focus the capsule on understanding crowdsourcing as a localized process usually involved in the network where users participate motivated by a common interest. 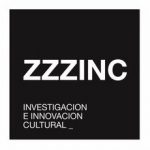