The urban environment is the backdrop to our lives, and it is expected to be home to at least 70% of the world’s population by 2050. The city reflects the socio-economic world around us while at the same time conditioning and defining us as a society. It permeates each and every one of our actions, decisions and experiences. From the buildings we inhabit to the use of public space; from consumption to mobility. Despite this, we often find it hostile and distant. Like something external that we cannot grasp, let alone transform. But is this really the case? What are cities like today and what might they be like in the near future?

Mar Santamaria is an architect who has forged her own path, one that eschews the pre-established labels. She is an expert in urban analysis and has adopted a new language for urbanism: data. In 2014 she co-founded 300,000 Km/s, a lab for ideas and urban planning that reflects on the challenges of contemporary cities through data analysis and visualisation, and which has received the S+T+ARTS prize and the Spanish Urbanism award for its quality innovation and impact on social change. She combines urban practice with teaching, and has lectured at the EPFL University in Lausanne and the UPC. She has also participated in drafting the Catalan and Spanish Urban Agendas for 2030.

Above all – probably because it’s an occupational hazard – she is a faithful defender of the city as “the artifact that will enable collective survival”. If you ask her if she will ever stop living in the city, the answer is a resounding “No, never!”, together with a smile brimming with optimism; the kind of optimism we need so much and which is in short supply in a world off kilter and marked by economic, social and climate crises. We talk to her to discover why cities are the future of life on the planet and what we can do to improve them.

Making cities with people as their focal point. This is the emerging and ever more predominant discourse among contemporary urban thinking and practices. It is a movement at both the local and international levels that has put the focus on those most human and vital needs that are constantly pushed into second place by the overwhelming forces of capitalism.

The pacification and fight for the streets of New York – Streetfight by Janette Sadik-Khan, the “Superblocks” and the green thoroughfares of Barcelona, the commitment of European cities such as Paris, Milan, Utrecht and Pontevedra to pedestrians and cyclists, and the now famous concept of the 15-minute city, created by the scientist Carlos Moreno, are some of the most recent examples of this urban revolution to guarantee a quality, inclusive, healthy and sustainable public space for the entire population.

But no revolution is born overnight. We could say that it all began with (and thanks to) Jane Jacobs, an urban theorist and activist who, in 1960, wrote The Death and Life of Great American Cities, probably the most influential and relevant book in the history of urban planning. The baton was then taken up by Jan Gehl, the Danish architect and urban planner who pedestrianised Times Square and the centres of Moscow and Melbourne, also known for books such as Life Between Buildings and Cities for People.

Fewer private vehicles, less pollution and less noise. More active mobility, public transport and pleasant, green spaces. In short, more life and more health – this is the essence of the cities for people that we so want to create. Mar Santamaria adds another layer to the debate. “The city is and must be for people, that’s true, but we have to ask ourselves what interests we want to serve.” In this regard, she comments, there are two cities: the productive city and the reproductive city. “In order to offer a full life to all citizens, we have to find a balance between these two aspects. We have to guarantee that everyone can have a job, while also encouraging parenting, social relations and rest. And even more so in an environment that will become increasingly hostile due to the climate emergency.” The architect points out that public policies play a fundamental role in these interconnected interests. “A planning document can assert that the right to health and the right to clean air come first, regulating and controlling economic activity”.

Today, economic forces, productivity, invidivualism and globalisation are at the forefront of urban planning, with direct effects on the zoning of cities, mobility, public space, access to housing and air quality. The challenge, then, is not only to balance productive and reproductive interests, but to prioritise everything that protects life, care and the ecosystem of which we are a part, as architect and researcher Izaskun Chinchilla points out through the concept of “the caring city” – a city that respects the criteria of interdependence and eco-dependence, based on diversity and complexity.

The climate emergency and renaturalisation

This challenge is even more pressing given the uncertain outlook created by the climate emergency. We know that cities consume 78% of the world’s energy and produce 60% of greenhouse gas emissions. It is therefore essential that the environmental crisis be tackled in metropolises, that we minimise pollution, waste and CO₂ emissions and rethink public spaces to reverse the heat island effect. In short, that we create optimal conditions to ensure biodiversity and the survival of all species, human and more-than-human.

“Urban planning is a science that materialises the agreements we make as a society. We come from a tradition where these agreements were based on unlimited growth and the depletion of the land and our environment. Now we are at a turning point. We need to incorporate more public space, more leisure and more greenery. We need to give cities the things we look for in the rural environment.”

We clearly need to tackle the causes, but also the effects. We need to prepare our cities for heat waves, torrential rains and rising sea levels. And we must do it as soon as possible, because “we are at a key transitional moment and we have to take the right decision once and for all”. The power of data

In this context of crisis and acceleration, social inequalities and spatial injustices are increasing, as are those related to speculation and gentrification. And this is where the role of data comes in.

Although as far back as 1860 Ildefonso Cerdà included 700 pages of statistics in his plan for Barcelona’s Eixample district, today’s technologies allow us to go much further. Such data are the new working material of urban planning, especially for the studio of Mar Santamaria and Pablo Martínez. In 300,000 Km/s, they explore the potential of Big Data for urban planning and analysis – tools that can be key in the drafting and evaluation of public policies. For example, to anticipate or prevent the impacts and collateral effects of changes to the public space, as in the case of the land use plan they have drawn up for the Eixample district and “Superblocks”. Because without monitoring, some public space improvement projects can become a catalyst for speculation in the hands of the free market.

The power of citizens

Whatever the case may be, we must never forget the role of citizens. We must transform Jan Gehl’s cities for people into cities made by the people. “Citizens can build a better city through their own decisions, defining different ways of inhabiting. We can go to the local market instead of calling a delivery service to bring our dinner to our door. We need active citizens. We also need them to participate in decision-making processes, especially by providing data and information about any problems they encounter in their daily lives. Anything that empowers them and helps them understand how they can incorporate these technologies and how they can participate in shaping the city is essential”. 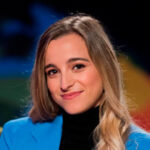 The exhibition “After the End of the World” spreads out over the city of Barcelona through diverse citizen science actions that aim to improve the city’s environmental health.

Nkosikhona Swartbooi: “The city is worried about getting people to work early, but not about when they get home”

We talk to Nkosikhona Swartbooi, founder member of Reclaim the City, a collective that fights housing segregation in Cape Town.