When cult filmmaker John Waters visited Madrid in 2011 as a guest of Rizoma festival, he urged almost everyone he spoke with to check out a website that fascinated him. The site was LuridDigs.com, a blog in which a group of sharp-tongued doyens of good taste wittily and incisively criticise and comment on interior design choices in photos selected from the rich reserve of online personal and dating sites for the gay community. Under the subheading “Horrifying Gay Amateur Interiors”, Lurid Digs invites internet users to divert their gaze from the image of a naked man taking a photo of himself while reclining in front of a mirror, bum in the air, and focus on, say, the incongruence of the inadequate depth of the bookshelves in the room, one of which displays a toy train – a fitting object for a piece of furniture that is clearly not up to the task of accommodating a modest personal library -; or on the greasy mirror surface revealed by the flash in the same photograph, suggesting that “a gorilla had been practicing his kissing technique with his own reflection.” Another image – this time a photo of a middle-aged man lying on a yellow faux leather sofa and performing fellatio on his obese companion whose knee rests on one end of the offending piece of furniture – inspires a hilarious comment on choosing the right colour schemes for our moments of intimacy: “As gay men, we have a moral obligation to teach each other and the rest of the world about flattering colours around which to be nude. These walls ain’t it.” A snapshot of a hippyish young man posing naked, inscrutable, in front of a fireplace elicits an elaborate comment that initially zeroes in on the collection of family photos displayed on the mantelpiece: “the aspirant’s sprawl of family photos (going back to what looks to be Uncle Albert from the mid-1940s) will most certainly work against his odds of getting laid. He might be confused with someone with a family, a life, a heart!” The text concludes that given the various symmetrical arrangements in the room, including two identical navy blue love seats on either side of the fireplace, the homeowner is probably a Libra.

The digital era has paved the way for the democratisation of exhibitionism, but also for a hypervisibility of private space... devoid of all glamour, brimming with awkward domesticity.

On 17 August 2004, LGBT news magazine The Advocate published a piece on photographer Justin Jorgensen’s book Obscene Interiors, which, as the subheading of the article put it, “explores what’s really disgusting about Web porn – people’s furniture.” The book consists of a selection of images from personal ads that Jorgensen found on the web and then edited on Photoshop to erase the subjects’ identities and turn them into them into impersonal, anonymous shapes outlined against a horrid domestic backdrop. His ironic captions for each image – “that couch would be totally great if it was on fire being thrown from a bridge” and “Before you start decorating, it’s important to listen to the empty space… This room is whispering, ‘I can be fun, funky and retro.’ But I’m not sure anyone is listening” – read like a kind of tongue-in-cheek observational essay on the masculine ineptitude for interior decor. Those images of sad flesh offering itself up in various parts of the world share a series of common elements, such as a widespread tendency to display dead indoor plants on pedestals, or to use speakers as corner tables. The outlined figures add a disturbing subtext that the photographer may have been unaware of: they seem to suggest some kind of post-apocaliptic scenario, a global Hiroshima in the wake of an atomic explosion, which could prompt us to wonder whether our lubricious intimacies have left any kind of trace in the places where they occurred.

Which are the spaces for the sex? Interview to Rosa Ferré and Adélaïde of Caters, commissioners of «1000m2 of wish»

The difference is that the filter has been removed. The image is no longer a fabrication, and thus no longer a mirage. In this new democracy of lubricity, sex is a flash of hospital light in a lonely room. A lonely, badly decorated room. 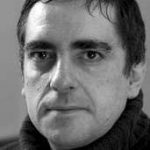 Journalist and writer. He is a cinema critic contributing in the pages of El País and Fotogramas, and collaborates regularly with Mondo Brutto, Citizen K, Avui and La Vanguardia.

These new forms of pornography have managed to be transgression for the user without the hassle involved in the old languages of transgression.

Interior Monologue of a Smart (and Burned Out) Mobile Phone

A mobile phone that dreams of being a smartphone talks about how we use them.