The concept of metaverse refers to an immersive virtual world, and despite the fact that much has recently been said about it due to the interest shown by one of the big tech companies, which has even changed its name, it is no new concept, as it is something that has been referred to in literature and film for some time. We asked a series of collaborators to give us an unfettered vision of this virtual universe, inviting each one to describe what it evokes for them. This is the result – we hope you enjoy it with curiosity and good humour.

In the 80s, science fiction opened the doors to the possibility of coming into contact with virtual spaces – with what William Gibson called cyberspace. In the 90s, Neal Stephenson offered us another word in the pages of his Snow Crash: the metaverse, a space beyond our palpable universe, which is situated in the virtual world and where we can interact through digital avatars. But moving away from the birth of these concepts, the ideas run through many other works of this genre, both literature and film. From the enslaved society of The Matrix, to the possibility of living a full life after death within a virtual reality, like in San Junipero. Dangers, ways of trying to overcome our finitude or create a space where we can reinvent ourselves; and a question that always pulsates between the lines of science fiction when we enter these universes: where should the limit be set?

“I know this steak doesn’t exist”, says the character in Cypher to Matrix, and unwittingly reminds us of the importance of differentiating between the palpable world and the virtual one, of not getting lost in the latter as an escape, as a way of not facing reality. The possibility of living through what we see on the screen, through the stimuli we feel in our brain without leaving the house, and forgetting about touch, real contact, connection… Because we can connect via social media, we can connect in a virtual world, we can shop, see a concert… but what about physical contact? What about the memory of the skin?

A Brave New World in the Metaverse

There is a short story by G. K. Chesterton [“On Private Property”, in Delphi Complete Works of G. K. Chesterton (Illustrated) (Delphi Classics, 2013)] which tells of a pilot who has a plane crash in which he loses both legs. The men of science who operate on him (all of them educated in the Method) take the opportunity to amputate his arms as well, thus replacing all his limbs with mechanical versions. When the patient wakes up and they see his disbelief, one of them tries to reassure him: “the leg of nature is a most inefficient instrument”. The pilot’s reaction to this is purely visceral: he orders his new (mechanical) legs to be brought to kick him. It all ends up as a nightmare, which Chesterton resolves in his acerbic style: “he woke up in an ordinary hospital and found the world had not yet progressed quite so far as he had fancied”.

What is “efficient” from the point of view of technical progress need not be sensible from the perspective of lived experience. With the replacement of the Universe by a Metaverse, the essential point of the story is repeated. What is removed from us in this case is not our limbs, but the whole of the external world, which is on route to being supplanted by a mechanical imitation.

The Metaverse Interpreted as a Panopticon of the Human Mind

Fragments extracted from the doctoral thesis “The Metaverse Interpreted as a Panopticon of the Human Mind”, defended on 16 November 2045 by neurophilosopher Llucia Valenzuela.

“…a brain reward mechanism so rudimentary that it was exploited as early as the birth of slot machines in the late 19th century, refined through games like Candy Crush and which reached its peak with the interactive and personalised advertising designs of the metaverse…” (p. 96)

“…what could one expect from an environment which is, indeed, now capable of registering each and every one of our gestures, conversations and even physiological signals? There are no secrets in the… ” (p. 134)

“…we were already aware of the ability of virtual reality to modify our attitude or our perception of the physical or social environment, but it had never been tested under strict commercial parameters, which… ” (p. 176)

“…an environment designed by businesspeople could have no other purpose than to generate financial profit. Everything else (connectivity, assistance, health) could be considered part of the marketing campaign of various tech players more interested in cryptocurrencies than in… ” (p. 201)

“…the mind adapts itself to its environment, and if that environment is governed by the laws of fiction, it will eventually feel that it exists within a fiction” (p. 233).

“…the only possible conclusion is that it was predictable. We once saw experiments where rats preferred to starve to death than stop pressing a button that stimulated their reward centre. We are those rodents, only in a different kind of cage.” (p. 298) Verses on the metaverse

Who am I to talk about the metaverse, I ask myself? There’s no need for me to say anything about the metaverse, it’s all been said. The following verses are like objects found using Google autocomplete, edited, remixed, slightly post-produced. Sometimes they rhyme, mostly they don’t. The original selection was in English, because the algorithms still haven’t been trained enough with other languages.

Are we in the metaverse yet? 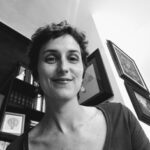 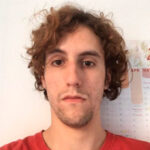 Trained as a political scientist, he works at the intersection between political theory and information technology. 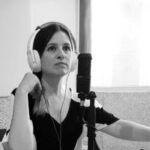 Multimedia adventurer in the field of digital culture, communication and electronic music.