Education always plays a central role – whether in a visible or a veiled way – in any ideological project. For anyone backing the transformation of the world into a fairer, more caring and democratic place, education is key, but people who believe that market logics are fundamental for good social functioning also have their own educational project. All this, furthermore, is not only taking place in the classroom but permeating the whole of society. Taking advantage of his participation in the lecture series “To Imagine the World”, we talked with one of the founders of critical pedagogy, Henry Giroux (Providence, USA, 1943), who has spent his whole life researching these issues.

Sometimes it seems like we can only talk about education in the positive, but Henry Giroux also gives a name to what we want to leave behind, and for that reason he talks about the “pedagogies of repression”. “Education is not just about empowering people, the practice of freedom, it’s also in some ways about killing the imagination”, affirms Giroux. “We often see pedagogies that teach to the text, simply about accountability, objective standards, that are designed to undercut the possibility for students to be critical thinkers”.

As an educator, he is concerned about the fact that today, many of the debates on education are, above all, methodological. He considers this “pedagogical stupidity”, since focusing exclusively on methods ignores the fundamental question of education.

Education, in the final analysis, is really about the production of agency. What kind of narratives are we going to produce that students can understand, that enlarge their perspective not only on the world but on their relationship to others and themselves? To begin with methods is to completely ignore, probably, all the most fundamental questions about education: ideology, culture, power, authority … How are these things constituted? What’s the basis for knowledge? In what way does it speak to a particular kind of future? Because all education is an introduction in some way to the future. It’s a struggle over what kind of future you want for young people”. Methods, he concludes, “contain a kind of silence on the side of the worst forms of repression… because they deny the very notion that students are alive.

Critical pedagogy puts on the table the idea that an education that can be considered ideologically neutral does not exist, but rather that the notion of neutrality hides what education really involves.

This defence of neutrality has always seemed to me to be the basis for a kind of fascist politics because it hides its code for not allowing people to understand the role that education plays ideologically, in producing particular forms of knowledge, of power, of social values, of agency, of narratives about the world… It is impossible for education to be neutral so those who argue that education should be neutral are  really arguing for a version of education in which nobody is accountable. The people who produce that form of education become invisible because they are saying it’s neutral. So, you can’t identify the ideological, processes, politics, modes of power at work.  That is precisely what they want, because power at its worst makes itself invisible, and the notion that education is neutral is one way of people who have dominant power making it invisible and making propaganda itself incapable of being seen.

A concept that permits understanding the importance of what is invisible is what is called the “hidden curriculum”, everything that is being taught in classrooms and not explained in the curriculums. “There are things that are taught but that are never talked about, and the real message is invisible,” Giroux tells us.

When you put children into a series of rows and tell them that they cannot talk and that they have to listen to you as teacher, the hidden curriculum that is being transmitted is that they do not have the right to talk, that they do not have the right to be part of the way of educating. When a teacher gets up and says that they have the authority in class and that nobody can question that, they are not saying that they are teaching them to be passive and not demand responsibilities of the powers, but that the hidden curriculum is very clear. If you examine what is really being taught there, you see that education is a way of silencing.

Henry Giroux experienced this in the first person at the start of his career, when he was a secondary school teacher. In the classroom, he would make his students sit in circles until one day a deputy headmaster told him to stop doing so, that he should make them sit in straight rows and teach them what authority was. “I couldn’t give a theoretical answer to what  I was experiencing on a pedagogical level”, he laments. This changed a short time later when he was able to read Pedagogy of the Oppressed, by Brazilian educator Paulo Freire: “It changed my life because it gave me a language that enabled education to be understood as a political process. It is a book that changed the conception of what it means to work with people who were normally considered “voiceless”, and understand that they do have a voice and can narrate to themselves”.  Later, the academic was able to work together with Freire for 15 years, and he remembers him as “a humble man, the most humble man I have ever known, because the important thing was not him, what concerned him was how to make education into a valuable resources for giving people a voice”. 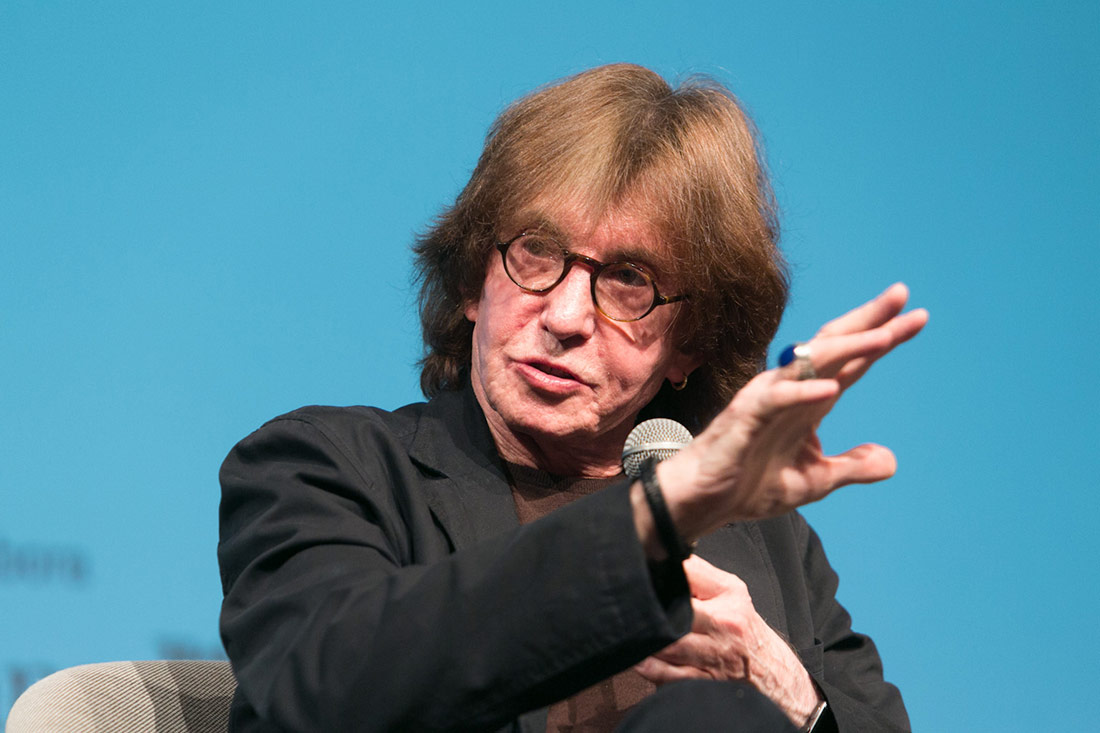 Precisely the country of Paulo Freire, where a law of 2012 naimed him the patron of Brazilian education, is one of the scenarios where the dispute between education models is most visible. The government of ultra-right military man Jair Bolsonaro is openly geared towards putting an end to the funding of social sciences or humanities faculties. Talking about this case, Giroux cites Hannah Arendt for saying that all fascists think that critical thinking is dangerous.

What people like Bolsonaro want to do is make use of market entrepreneurship language in order to justify it. They don’t come out and say: “I don’t want you to think because in a dictatorship you cannot think, because in a fascist state thinking is dangerous”. What they say is: “We want to ensure that you have work, that you can work for Wall Street”. They want you to be a passive subject in this technocratic society where the only thing that matters is that you earn money.

Along these lines, and going beyond the classrooms, this leading voice in critical pedagogy understands that neoliberalism is not only an economic model but also a “public pedagogy” that permeates everything.

Neoliberalism operates on the assumption that the economy has to govern not only the market, but also life in society, and it produces an ideology whose most dangerous idea is that all problems are individual, that social problems do not exist. In addition, it normalises a culture of cruelty, because it suggests that compassion, worrying about others or social justice are undesirable values because they get in the way of the market. There is no notion of responsibility that suggests that you have to connect your experience of the market with the social cost. In short, it is an ideology, not just a series of economic structures, and apart from feudalism, it is probably the strongest ideology that we have seen.

Before the triumph of neoliberalism, Giroux advocates that “education has to be at the centre of any discourse about democracy and that is where the left has failed. They failed because they believe that the most important structures of domination are entirely economic”. For this educator, it is fundamental to prioritise all those elements that enable the changing of consciences, persuasion or the generation of identities.

However, the professor shows himself to be hopeful, above all with regard to the new generations. Giroux denounces that we are experiencing a war being waged against young people, “because young people are a long-term investment and neoliberalism is based on short-term investments”. He talks about three wars: one based on the criminalisation of young people; another that is commercial, which tells them that they should define themselves through merchandise; and a  surveillance one, in which “they are making them believe that they can lose rights in the name of security”.

In times of uncertainty, however, Henry Giroux sends a message to younger people:

Uncertainties can be a time of great anxiety but a time of great possibility. A time to rethink the language of politics, rethink the language of struggle. Power is not always about domination. It’s also about resistance. Young people have a lot of power. They can shut societies down. They can block streets, they can engage in direct action, they can educate their parents…  They are a potent political force and I think what they need to do is to recognise themselves as a potent political force and they need to act.  Because a discourse of anxiety should give way to a discourse of critique and a discourse of critique should give way to a discourse of possibility. And a discourse of possibility means that you can imagine a future very different from the present.

Digital Education is not Just Training in Digital Literacy

A revolution in education?

Henry Giroux: “Those arguing that education should be neutral are really arguing for a version of education in which nobody is accountable”
Share ➔
Aquest lloc web utilitza galetes de tercers perquè tingueu la millor experiència d’usuari. Més informació