Television as a medium is old hat and the public television models we have in our territory are revealing themselves as exhausted and inefficient. So Barcelona’s local television had no other option but an in-depth rethink in pursuit of a qualitative change, in its viewpoint, creation of formats, language and use of technology alike. Betevé has a new logo, image and philosophy, and apparently wants to connect with that other BTV that, in its day, represented a highly creative and innovative model, recognised and applauded in various articles and studies, and currently the subject of a documentary project in progress.

The history of Betevé dates back to 1984, as district television. But it was not until September 1997 that broadcasts began for the new channel, promoted back then by Barcelona’s mayor, Pasqual Maragall and directed by Manuel Huerga, already an established filmmaker, director of ceremonies at the 1992 Olympic Games and creator of cult programmes such as Estoc de Pop (1983-1985) and Arsenal (1985-1987). Huerga built up a solid and enthusiastic team, formed by some full-time workers, who were generally very young, and a host of contributors with varied and unsuspected backgrounds. BTV fast became a television channel with a participative spirit and relatively easy access. It breathed contagious enthusiasm and seemed capable of gauging the real mood of the city.

Andrés Hispano, producer, painter and essayist, one of that project’s key components, recalls how, despite a modest budget, they managed to break many moulds. “In technical terms, it was the first digital television and had an army (many producers, salaried or freelance, and regular or one-off collaborators, professionals, students and dilettantes from diverse fields: cinema, video-dance, theatre, screenwriters… Or simply people with a story to tell). With its open doors policy, entrusting programmes to people almost unknown, it must be said that very few projects turned out to be fiascos, but there were many discoveries that led to the creation of work teams that, I am reliably informed, are still in contact today. That’s an example of participating in the creation of a professional generation within your coordinates.”

Having Barcelona as its main reference framework was another important differentiating condition. Little by little, Andrés recalls, it was understood that it was essential to generate an audiovisual archive of the city… “Bringing together films shot here, referring to our artists, craftspeople, legends, musicians, writers, secret corners and fashionable nightspots. It was TV with very little studio activity; filming took place out on the street. Today it is exactly the opposite, everything is studio-based and generalist television formats are cloned, tackling familiar issues and figures, but with a formality that holds no surprises. And that was the other major great asset of BTV: surprises, of one type or another, were constant. Some were mistakes, some experimental, some boring, some hysterical and quite a number, unforgettable: the programme dedicated to Brossa after his death, corners of Barcelona pursued over the course of a year, daily chats with Flavià, news programmes in various languages, programmes from inside squats and a never-ending stream of in-depth interviews with personalities make up an archive that even today is still frequently consulted.”

“We were the youngest kids on the block and we wanted to mark a difference from the outset. We wanted to be unique, radically different,” states Huerga. And that difference was also taken to the programme grid, which sought a different way of relating with viewers. The main part of the programming was formed by very short pieces, between two and five minutes long, which we called capsules and which dealt with all kinds of issues, always with a major cultural and city slant. And from ten o’clock onwards, the pace calmed down and “theme nights” allowed for in-depth approaches to diverse questions, often in the form of documentaries produced in-house.”

Andrés continues: “In that BTV some of the programming areas worked without curators of any kind. Friction with the City Council was common, due to opinions expressed or viewpoints shown that were “inconvenient” or divergent. However, I don’t remember any acts of censorship or repression worthy of note. I think Huerga often acted as a breakwater, not letting those pressures reach us – because they must have existed although they were probably directed more at news programmes – nor the fateful audience ratings… We were competing with our own ambition, as resources allowed. Resources and the revelry, because it was a TV channel with nearly a hundred people with an average age of 23, I seem to remember, and that leaves a lot of space for nights out… or for learning, depending on how you view it”.

Between revelry and revelry, at Via Laietana 48 there was also room for technological innovation and transmedia narrative, before the term itself even existed. From the city video booths (anyone could record a message by inserting a coin) to the broadcasting of the first live chat, at a time when Internet was only just taking its first steps, or Moebius, the test card, where the screen filled with images (fish, soap bubbles, condoms, a fireplace, etc.) with relaxing music, “a perverse and sibylline form of counter-programming the programming of the small hours from other channels”, Huerga assured.

The review of that BTV archive probably throws up a snapshot of a bubbling city that was still developing strategies for renovation, revitalisation and urban rebalance, in search of the subsequently hackneyed Barcelona model.

“The Huerga era anticipated many of the changes that eventually took place. Huerga understood that the Internet would be disruptive and he immediately incorporated it, at a time when the traditional press was not alert to the subject because it saw no business there”, affirms Sergi Vicente, current director of Betevé, who took over from Àngel Casas in 2015 and is leading a new digital transition. “With the transmedia focus, opportunities to reach users are multiplied; the diversity of platforms aims to encourage interaction and conquer a wider audience.”

Something of the spirit from those early times is still breathed in this new phase, which has opted for reformulation through a change of image, of name (with the “television” concept disappearing), of philosophy and with a decided and firm commitment to culture, science, technology and social issues. A new image, designed by Folch Studio, aims to promote a more credible message and reorient the view of the city, opting for a closeness that is more emotional than geographical.

Now it remains to be seen whether this new venture will manage to have the influence it achieved in that earlier phase presided over by an eye, the work of designer Peret, which observed everything. Because, as Huerga himself says in a lapse into nostalgia: “BTV was more than a school, it was a Factory, in the most underground and pop sense of the term. And that will never return. We are lucky to have experienced it.” 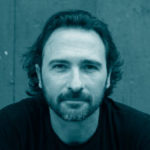 Filmmaker and journalist. He has worked with TVE and BTV and writes for the “Cultura/s” supplement of La Vanguardia.

In Praise of Brevity

An exploration of audiovisual micro-narratives used in the cultural field with a duration three minutes and under.