Jirayr Zorthian, the Armenian-American artist and Richard Feynman, Nobel Prize for Physics laureate, struck up a friendship at a party in the late 1950s. A conversation led them to decide that they would each teach the other their speciality. This affected the physicist’s way of doing and communicating science, as he detected an element of convergence between it and art: experimentation, a fascination with observing the world combined with a creativity that transforms it.

I have a friend who is an artist. Despite having won a Nobel Prize and having participated in the Manhattan Project, one of the things that man was most proud of was being capable of seeing the beauty of a flower, and of learning from Jerry, his artist friend. However, it was not always thus. According to his own subsequent account in one of his books, as a young man he was a monothematic person. He only had eyes for science. Fortunately, that would change and he would enter deep into the world of art, music and literature. But before all that, Richard P. Feynman had to transit a territory yet to be explored, what I call the quantum path of art. Let’s tour a stretch of that path today, hand in hand with Feynman, who was a very special scientist. He was born one day in 1918 in the city of New York, but he grew up in a place called Far Rockaway in Queens. What he experienced there during his childhood would mark him for the rest of his life.

Among other things, as a boy Feynman learned that the names of things do not tell us much about them, or what boils down to the same thing: it is better to think about things, than to be convinced that one knows something about them. He also learned, by sitting down alone with a book at the back of boring lessons, or by trying to help his cousin to understand maths, that being different did not mean being less capable than everyone else.

But what would probably channel Feynman, years later, along this quantum path of art, was the discovery that a good way of coming to understand something was by devoting oneself to experimenting. Thus, the boy Feynman put together transistors and repaired radios in his bedroom, worked as a waiter in a rather unorthodox but creative way, and ended up winning a Nobel Prize. Because in Feynman’s time, quantum physics was at an interesting crossroads: resolving complex equations on the elementary particles of matter. Thus, while prominent physicists were doggedly devoting themselves to an arduous mathematical task, Richard Feynman used everything he had learned to find the same answer, in a different way. The result: in 1965, three scientists shared the Nobel Prize for Physics for their discoveries on something known as Quantum Electrodynamics (QED). And Feynman was among them. The peculiarity was that Feynman contributed to the QED theory, but not only by writing equations. The Feynman diagrams were born, which would later become worldwide culture icons. From postage stamps to hippy campervans and even museum halls, they would all fill up in the following decades with those diagrams. Perhaps Feynman didn’t yet know it, but he had just transited the path we commented on earlier, the quantum path of art. A path that, like so many other things in life, he would not embark upon alone. Richard Feynman and Jirayr Zorthian, known to everyone as Jerry, met at a party in the 1950s in California. Jerry was a painter and sculptor who had reached the USA twelve years earlier, fleeing the massacre in Armenia. He had managed to train at the University of Yale. He was also famous for the peculiar bacchanalian parties he threw at his Altadena ranch, which were attended by celebrities such as Charlie Parker, Bob Dylan and Andy Warhol. Over time, Feynman became one of Jerry’s best friends, a regular at his parties and a bongo player, but also his private teacher and pupil.

At one of their meetings, Feynman said to Jerry: “I think the reason we have these arguments that never get anywhere is that you don’t know a damn thing about science, and I don’t know a damn thing about art. So, on alternate Sundays, I’ll give you a lesson in science, and you give me a lesson in art”. And so it was that, in 1962, at the age of 44 years, Feynman started painting. He never stopped painting until 1987, a year before his death. The motivation to pain, beyond his relationship with Jerry, was explained by Feynman himself in his introductory essay “But, is it art?” from one of his most famous books:

I wanted very much to learn to draw (...) to convey an emotion I have about the beauty of the world (...) a realization that the phenomena we see result from the complexity of the inner workings between atoms; a feeling of how dramatic and wonderful it is. It’s a feeling of awe—of scientific awe—which I felt could be communicated through a drawing to someone who had also had this emotion. It could remind him, for a moment, of this feeling about the glories of the universe.

The experience of scientific-artistic exchange also served Feynman to think about those fields which he was practically obliged to devote years of his life to at the California Institute of Technology (Caltech), and to which he finally contributed marvellous works brimming with creativity: communication and education. In this way, and also thanks to painting, Feynman detected the elements of convergence of the arts and the sciences, for example, experimentation. He even proposed through which elements some fieldsfrom others:

(The art teacher) tried to inspire us to experiment with new approaches. I thought of how we teach physics: We have so many techniques—so many mathematical methods—that we never stop telling the students how to do things.

Thus, Feynman’s experience with art and with its actors, the artists, only served to enrich his way of doing science, and also of communicating it. Because art, probably broadened Feynman’s way of viewing the world, and helped him to express the beauty he had found in it, through science.

Science, art and creativity do not fight with each other, they only enhance each other. For this reason, one of the most beautiful passages that I know is the work of the physicist Richard Feynman, and it is dedicated to his friend Jerry. It is called Ode to a Flower, and cannot have a better beginning:  “I have a friend who is an artist.”

Richard Feynman: Ode on a Flower
All rights of this article reserved by the author
Share ➔ 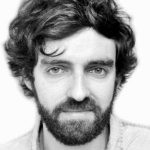