In recent times, the digital revolution has transformed how we perceive the world around us. The growing proliferation of synthetic realities, such as the emerging deepfake technologies, reveal how the line that separates reality from fiction (and truth from lie) is becoming blurred at a dizzying speed. As a result of this context, a new generation of designers have started to use fiction as a tool to better understand the present and to debate or question what kind of collective future we want.

Over the past few decades, important technological and scientific developments have redefined almost every aspect of our lives, having a global impact that goes way beyond that of a simple tech revolution – widespread empowerment of people, better access to information, and outstanding networking tools. The so-called “digital revolution” has, without a doubt, been one of the pivotal ideas of recent times. As the historian Howard P. Segal explains, “technology has become not just the material basis for society but in a real sense its social and ideological model as well” (Future Imperfect: The Mixed Blessings of Technology in America, 1994). This idea of technology (or ideology) manifest in new products and services is clearly at the heart of a radical shift in the social aspects of our lives, and has a very significant weight when it comes to defining the political and cultural zeitgeist of our times.

Nowadays, the way we perceive our reality is largely defined by these innovations that the technological revolution has made widely and easily available to the vast majority. We have seen ourselves surrounded by content in various formats that offers new ways of representing, reproducing and recreating our own realities. Images, sounds, videos and messages form a novel, constantly evolving landscape that allows us to understand and interact with the world through new mechanisms. These new possibilities transgress the traditional ways of presenting, exhibiting and interacting, thus forming new relationships between appearance and reality, between the individual and the group, between visible manifestations and their meaning. Listening to a voice message from a friend, receiving a phone call from your family or playing a video of a well know politician are all simple, everyday activities that don’t generally raise any doubts concerning authenticity, and when we recognise someone’s voice or face, we consider the material to be genuine. Even so, the recent spread of highly realistic synthetic media is throwing this idea into question. The emerging deepfake technologies, for example, synthetically generate all types of realistic video and audio content that are highly credible. Other innovations, such as Google Duplex (the latest A.I. assistant from the tech giant) makes telephone appointments without the person on the other end realising they are talking to a synthetic voice. Nowadays, the line that separates reality from fiction is becoming blurred at a dizzying speed. Video games with infinite universes like No Man’s Sky and Fortnite, virtual reality face filters integrated into social media and dating apps with algorithms that help you find a partner are all examples of established, very common everyday activities in which reality and fiction come together and merge, also calling into question concepts such as truth and lies.

Over the last few years, we have seen how these major changes have had an impact at the social level, and especially in the political sphere. In 2016, the word “post-truth” was chosen as Word of the Year by the Oxford English Dictionary, in the wake of the 2015 US elections and the Brexit referendum. Both cases highlighted the waning influence of real and true facts in shaping public opinion, in favour of appeals to emotions and personal beliefs. The surge of fake news and “alternative truths” spread mainly over social media, and the difficulty of journalism in maintaining the high levels of objectivity inherent to the profession, have led some analysts to state that we are now living in “the post-truth era”: an era in which facts, truth and reality are severely weakened and which is dominated by a language of trust, emotion and sincerity that has turned its back definitively on truthfulness and certainty. No Man’s Sky is an adventure video game with infinite universes created by a mathematical algorithm that randomly generates all the elements contained in the game. “No Man’s Sky (Foundation v1.1, no mods, PC)” by blakespot is licensed under CC BY 2.0

The relationship between truth and fiction is certainly problematic, and there has always existed a certain tension between the two concepts which has waxed and waned over time, as explained by thinkers from very different periods such as Plato, Nietzsche, Walter Benjamin and Jean Baudrillard. The current context shows that the problem is more pressing than ever and that it is constantly growing. Faced with this context, it is clear that new tools need to be created to help us redefine our relationship with what is real and start to present facts in new and imaginative ways so that the truth makes sense and has a solid presence in everyday life. And this is where fiction and imagination come to the fore.

What positive role could fiction have in this post-truth era, surrounded as we are by fake news and alternative truths? What is the place of imagination in how we understand and create the reality that surrounds us? Over the past few years, some outlying branches of arts and design have begun to provide certain answers to these questions.

A new generation of designers have started to use fiction in their creative work as a means for speculating about what the world could be like. Taking over the premise that “reality needs fantasy to render it desirable, just as fantasy needs reality to make it believable” (Stephen Duncombe, Dream: Re-imagining Progressive Politics in an Age of Fantas, 2007), these designers defend fiction as a tool for imagining alternative futures and the ways in which these futures could transform our current world. Far removed from the traditional design disciplines that are generally at the service of industry and commercial needs, here design becomes a path for speculating about how things could possibly be – a tool to better understand the present and to debate or question our collective future.

This design, which has been described by some as “speculative design” or “speculative fiction”, is a theory or method that takes the shape of a tangible material or object with a specific objective: that it should raise questions among the audience, either when seen, experienced or used. It is through this interaction that the spectator is submerged into a narrative created by means of the object so as to stimulate and provoke clear, specific imaginings. And one of the key elements of projects such as these is the way fiction is used.

Using techniques taken from other disciplines such as science fiction, theatrical performance or comedy, these projects build a “bridge” between the audience’s perception of the real world and the fictitious element of the concept being presented – they need to be coherent with the present as well as having a narrative that is illustrated or explained in a way that is believable. Furthermore, “speculative fiction” tends not to stray too far into the future. By teaming up with other disciplines, these projects base their research on real processes and technologies, thus making the questions they pose more pointed and provocative.

They also often give a perspective on reality that helps us to better understand the world we live in through more versatile formats such as a scientific analysis or journalistic reports. Designing for the Sixth Extinction is a project by Alexandra Daisy Ginsberg that investigates the potential impact of synthetic biology on biodiversity and conservation. Based on ongoing research, the project speculates about the appearance of new synthetic species and reflects on the future of natural spaces. Meanwhile, Marta Giralt Dunjó, from Badalona, has created Virtual X, a project that questions the ethical and moral limits of Virtual Reality in extreme sexual practices. Using a series of artefacts and objects that recreate these sexual experiences, she exposes this near future and questions the role of the porn industry.

The twofold awareness of readers is a quality that is inherent in the aesthetic experience and one that becomes manifest here. We can be deeply moved by something we know to be “nothing more” than fiction, and thanks to this fictional setting, we can throw ourselves into the narrative without losing our ability to critically evaluate the world being created. This faith on the part of the spectator, as in the case of literary fiction, is what is referred to as the “willing suspension of belief” (Samuel T. Coleridge) – the fascinating idea that the spectator accepts the terms of the fictional work, thus suspending their disbelief in the fiction and opening themselves up to the premise of the fictional world.

One of the most important qualities of fiction is its honesty – it does not claim to tell the truth. Fiction belongs to the realm of imagination, although this does not mean to say that the stories created are intrinsically untrue. Sometimes, fiction reveals deeper truths about the world than proven facts – fiction can analyse the world, question it and offer new perspectives. It helps us to think and to imagine alternative realities, explore the future and represent things that are difficult to represent any other way. Fiction transports us to the sphere of what is possible, what is thinkable. Fiction, in some way, helps take us a step closer to a better future. 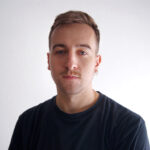 Oriol Arnedo Casas is a London-based designer and researcher specialised in speculative design and visual communication.