In these times of uncertainty, data has been set up as a mainstay, a light that offers objectivity and a guarantee of what we do. In recent years, its use has spread everywhere and culture is no exception. But beyond the opportunities it provides, its existence has modulated the way we relate and value projects.

“The new authority is austerity, evaluation and bureaucracy.” With these words Marina Garcés outlines the foundations for a dictatorship of results that has impacted public policies and is legitimized by the ever-present threat of budgetary cutbacks. In her book Escola d’aprenents (Galàxia Gutenberg, 2020), the philosopher focuses on the implications this has had on the educational model, but she also warns that it could be applied to the medical system, social entities or cultural institutions. The fact is that in recent years the culture of indicators, which emerged in the world of business management, has gradually infiltrated the cultural sector. Given the effects of the recent crisis and cutbacks in culture, data is now seen as an objective way to defend and legitimize the work done.

That figures are the measure that determines the future of a project is nothing new. The culture industry is often shaped by the tastes of the public based on sales figures. The repetitive patterns of pop music or Hollywood films are good examples, and data is becoming increasingly influential when it comes to detecting what works and how we can replicate it. Nearly 10 years ago, scientists at the University of Bristol created an algorithm to predict how successful a song would be. Back then, the news item was just a scientific curiosity. Today, it is a widespread practice, and even Netflix boasts of in-depth analysis of the habits and behaviours of its audience to create new content.

Data is hugely useful. It allows us to analyse the impact of what is being programmed and offers clues as to what the public finds most interesting. In the virtual world, audience analysis can solve technical problems and improve tools, providing detailed knowledge about their actual use. We have to accept it: we like data (especially if it is good). But the problem with this deployment of figures is that it goes hand in hand with the idea of profitability. The function of indicators is to provide information that makes decision-making safer. But beyond the fine words, culture is not safe, because it involves risk and daring, and unanswered questions. Data, then, can give us a false feeling of control, of doing things right when what is really important remains hidden. Figures are dazzling, and when we explain things with the emphasis on data, we run the risk of inadvertently hiding a deeper valuation.

This is where the Internet and its promise of a potential global audience come in. When even the most marginal spaces could go viral, the invitation to adapt to the algorithm is very tempting. On the other hand, and often on the pretext of increased citizen participation and greater permeability of institutions, business principles have been adopted that are very much aimed at a quantitative increase in public. We have talked about creating new publics. We have searched for new ways of reaching the public, believing the promise that it is out there, we just have to find it. We’ve told ourselves over and over that we have to put the audience at the centre, without fully understanding what we mean by that, sometimes simply adopting it as a friendlier version of the classic “the customer is always right”. Despite good intentions, all too often the search for higher figures has overshadowed the complexity of what we were really looking for.

But what’s the problem with looking for the largest possible audience? Shouldn’t it actually be an objective of public centres to extend their services to as many people as possible? Are we being elitist when we offer programs aimed at a select minority? Elizabeth Duval made the most of her appearance on First Dates to explain queer theory to a public far broader and more diverse than any that could be reached by an arts centre. Her reflections are interesting for their distinction between spaces where discourse is created and spaces where it is disseminated, because it allows us to separate two intentions that often intermingle.

Rather than one overarching objective, culture has different goals that it seeks to meet in a wide variety of ways. However, this diversity is not an option on control panels. The paradigm example is Google Analytics, now a standard in web data analytics. The structure and presentation of its reports is key in determining how we analyse web projects. Beyond their usefulness, these tools provide us with conceptual templates that standardize and define what is important to analyse. It is not a question so much of measuring as of measuring everything with the same yardstick. Too frequently, then, we find ourselves with two scenarios. In the first, we invest efforts in generating routine reports in which it is difficult to express the complexity we are dealing with. They are documents that work with very general indicators so that various projects can share them, but it is precisely this lack of detail that detracts from their usefulness. However, their simplicity makes them suitable for public communication. As Mark Fisher explains, rather than allowing for corrections or improvements in projects, “ratings augment (or diminish) the prestige of particular institutions” (Capitalist Realism, Zero Books, 2009).

Conversely, reports are more useful to us when the data, rather than evaluating the project itself, guides us in setting it within the laws of algorithms. And it is here that the temptation to modulate the discourse appears, at the risk of distorting your own objectives. Algorithms do not combine very well with creation because they reward replication more than innovation (though they do stimulate novelty). How can we produce something unknown or unexpected if our measure is what is already popular? It can however be a useful tool for bringing ideas and debates to other audiences if we can find a way to harness it and adapt their discourses to its rules.

The present moment puts data in a privileged place. Increasing digitalization and advances in big data processing are making it ever easier to obtain and analyse. Can we, then, resist temptation and delimit spaces that do not succumb to the domain of figures? How can we defend the useless and the incalculable in times when everything can be measured?

Culture is by nature an area that resists quantification. In some cases, pushing this idea to the limit and removing data from the equation would allow us to generate freer processes. Even if figures have no direct consequences for a project, they do modulate our view of it. As much as we deny its importance, a larger public is still a basic coordinate in valuing any work. Depriving ourselves of access to data would certainly affect the pressure or expectations surrounding what we do and, therefore, the end result.

Because over and above what we say with data, its very use and the importance we accord it also define us. 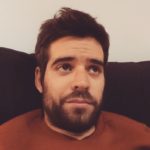 The Art of Analytics: Using bigger data to create value in the arts and cultural sector

How can data help the cultural sector to create value by helping it to understand its audiences better, and to develop new business models?